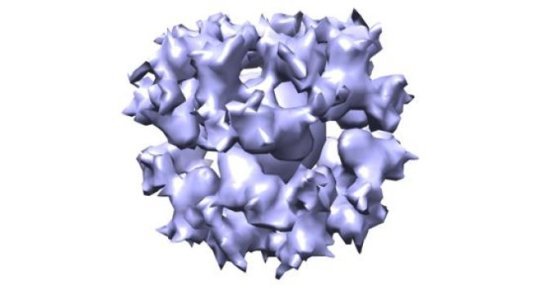 A research team led by scientists from NIH’s National Institute of Allergy and Infectious Diseases (NIAID) has determined how several antibodies induced by Epstein-Barr virus (EBV), a herpesvirus that causes infectious mononucleosis and is associated with certain cancers, block infection of cells grown in the laboratory. They then used this information to develop novel vaccine candidates that, in animals, elicited potent anti-EBV antibody responses that blocked infection of cell types involved in EBV-associated cancers.

Currently, there is no licensed vaccine for EBV. The virus is associated with certain cancers (nasopharyngeal and gastric) of epithelial cells, which form the lining of the body’s surfaces, as well as Burkitt and Hodgkin lymphomas, which are cancers of the immune system’s B cells. Worldwide, about 200,000 cases of EBV-associated cancers occur annually, resulting in 140,000 deaths.

Jeffrey I. Cohen, M.D., and Wei Bu, Ph.D., both of NIAID, led the investigation. Prior efforts to develop an EBV vaccine focused on a viral surface protein, gp350, that the virus uses to enter B cells. However, EBV infects not only B cells, but also epithelial cells that line the mouth and upper throat. These cells are usually infected after contact with saliva from an EBV-infected individual. The new research helps define the contributions of virus-neutralizing antibodies other than those directed at gp350 on B cells. Among other findings, the team determined that antibodies to viral proteins called the gH/gL complex play a major role in inhibiting EBV fusion with epithelial cells.

The scientists developed two vaccine candidates, one designed to elicit antibodies to gH/gL on epithelial cells and another that included gH/gL and another viral protein, gp42. The team tested the vaccines in a series of experiments in mice and monkeys. In both animal models, each of the experimental vaccines induced antibodies that potently inhibited epithelial cell fusion. The vaccine containing gp42 induced stronger B cell fusion inhibitory antibodies than the one containing gH/gL alone.

Unlike the gp350 candidate EBV vaccine, which protects only B cells from infection, the candidate vaccines described in the new paper elicited antibodies that could prevent EBV from fusing with both epithelial cells and B cells and thus may provide protection independent of cell type, the authors note. The team is planning to further develop one of the vaccine constructs with an eye toward human trials.