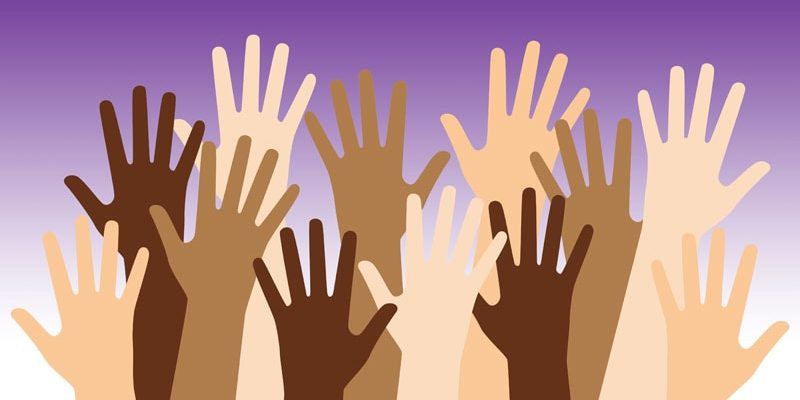 Black and minority groups are significantly underrepresented in major drug trials for leukemias and multiple myeloma (MM) compared with the proportions of these groups in the broader patient population, a new study concludes.

“Our analysis shows that, over the past 10 years, participation in pivotal clinical trials investigating therapies for leukemias and MM is unrepresentative of the US population,” say the authors, led by Jorge E. Cortes, MD, of the Georgia Cancer Center at Augusta University, Augusta, Georgia. “Trials should represent the population with the disease,” they comment.

The study was published Aug. 9 in the Journal of Clinical Oncology.

“This study confirms that the US cancer population for select hematologic malignancies was inadequately racially and ethnically represented in studies leading to drug approval,” comment the authors of an accompanying editorial.

“The results from this study should lead to questions about the generalizability of drug safety and efficacy in populations we serve as medical hematologists and oncologists,” say Mikkael A. Sekeres, MD, along with Namrata S. Chandhok, MD, both of the Division of Hematology, Sylvester Comprehensive Cancer Center, University of Miami, Miami, Florida.

They pose the question, for instance, that as physicians practicing in South Florida, where most of their patients are Hispanic, “can we apply the results of these pivotal studies — and drug labels — to them, without any sense of whether they metabolize the drug the same way as those included in the study or have the same biologic targets?”

For their study, Cortes and colleagues analysed 61 pivotal trials for leukemia and MM leading to approval of the drugs from the US Food and Drug Administration (FDA) between 2011 and 2021.

They found that only two thirds (67.2%) of these trials reported data pertaining to race, while about half (48.8%) reported on ethnicity.

The trials that did report data on race involved a total of 13,731 patients. The vast majority (81.6%) were White, and Black patients represented only 3.8%. Asian/Pacific Islanders made up 9.1%, and American Indians or Alaskan Natives made up just 0.12% of participants, with 1.5% categorized as other.

Among the trials reporting on ethnicity, 4.7% of patients were Hispanic, with 11.5% being Hispanic in acute lymphoblastic leukemia (ALL) trials and 7.6% Hispanic in chronic myeloid leukemia (CML) trials.

Slightly more than half (54.8%) of all trial participants were male, and patients’ average ages ranged from 41.7 to 67.3 years across all malignancies.

Of the minority groups, Asian/Pacific Islanders and Blacks had the highest representation in trials involving CML, at 12.7% and 5.3%, respectively.

Their lowest representation was in chronic lymphocytic leukemia (CLL), at 3% and 1.1%, respectively.

Among the trials reporting ethnicity, Hispanics were the highest representation, with percentages ranging from 3.8% of MM trials to 11.5% in ALL trials.

Next, the researchers compared the proportions of race/ethnic groups that were found among the participants of these pivotal trials with the proportions that would be expected in patient populations for each of these blood cancers (according to the US Surveillance, Epidemiology and End Results [SEER] database).

For example, Whites made up 80.3% of participants in clinical trials of MM, whereas they represent 68.7% of patients with MM, a difference that was statistically significant (P < .0001).

The finding was similar for CML, with Whites accounting for 90.5% of participants in clinical trials vs 82.5% of the patient population (P < .0001).

For Blacks, Asian/Pacific Islanders and Hispanics, across all five cancer types that were analysed, the proportion of participants in clinical trials was significantly lower than the proportion in the patient population.

The study also highlighted an obstacle to minorities participating in clinical trials: geography.

For this analysis, the researchers looked at mortality rates for the various blood cancers.

For AML, they found mortality rates were high across the whole of the United States, but centers conducting AML clinical trials were primarily in the Northeast, with no centers in the Midwest.

Key regions with high rates of AML mortality, low access to trials, and high minority representation were notably clustered in areas including east of the Carolinas, South Georgia, Alabama, and Mississippi, the authors noted.

“In many instances, trials were absent in areas with high mortality,” they report. “This makes access to clinical trials difficult, if not impossible, to patients who do not have the financial means for travel.”

Racial and ethnic disparities in clinical trials have been widely reported in numerous previous studies, the authors note.

Various initiatives have been launched in recent years to tackle the problem, including the National Institutes of Health Revitalization Act, FDA race and ethnicity guidance, and the International Conference for Harmonization guidance.

For oncology, the American Society of Clinical Oncology (ASCO) has also taken steps with the release of the new Equity, Diversity, and Inclusion Action Plan in 2021 to improve representation of minorities in research.

Cortes and colleagues suggest another step that is needed is standardized reporting of demographics of clinical trial participants.

“More importantly, efforts to increase representation of minorities and disadvantaged populations in clinical trials should be prioritized,” they say.