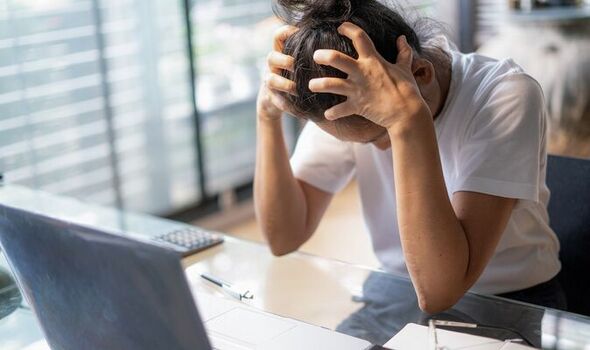 Young adults are thought to be still feeling the effects of pandemic disruption to their education and social lives, on top of the stress and homesickness many feel at college. The total of 18 to 25-year-olds accessing NHS mental health services was up nearly a fifth last year on pre- Covid levels.

There was also a rise of almost a fifth in people referred to crisis services. Claire Murdoch, NHS England mental health director, said: “NHS staff and partners have worked flat out to expand the help and mental health support available.

It is now easier than ever for students going to university to access help so please don’t be afraid to speak up.”

Students not yet registered with a GP can self-refer for mental health support online.

The NHS is trialling mental health hubs in Liverpool, Manchester, Bristol, Sheffield and north London in a £3million programme.

Ms Murdoch said: “You may feel that you don’t want to burden others or are worried about what they might think, but the truth is people care about you and they will want to help you.”

Universities are also being urged to do more to prevent student suicides.

Guidance includes involving named trusted contacts, such as parents, even without agreement from the student where there are serious fears about a person’s safety or mental health.

The advice, by Universities UK partnering with the Papyrus charity, is the first time a consistent practice has been proposed for the sector.

Femi Gbadamosi said he suffered from paranoia and anxiety during his final-year university exams.

He felt under intense pressure to achieve good grades and catch up with his peers after starting college for a second time aged 21.

Femi successfully completed his degree in business administration at the University of Greenwich.

But in the summer after graduating he was admitted to Chase Farm Hospital in Enfield, north London, when friends took him to A&E. Femi, now 32, received 20 months of mental health care.

He said before he was treated, friends had noticed he was avoiding his usual activities. He said: “I didn’t feel comfortable talking as I felt as if I’d only be adding to their own worries.”

Femi, of Hackney, east London, now works at the NHS trust where he was treated and supports others as a peer and lived experience manager.

He said: “Talking to someone helped me to realise that I am not alone and was the first step in my recovery.

“I would strongly advocate for anyone with concerns for their mental health to come forward to access the support and advice available through the NHS as soon as possible.”

The parents of a student who took her own life are calling for a new law.

Margaret and Robert Abrahart are among 25 bereaved families demanding universities should have a legal duty to exercise “reasonable care and skill” over students and provide support services.

Their daughter Natasha, 20, took her own life in April 2018 and since then they have been involved in a legal battle over Bristol University’s treatment of her in preceding weeks.

Yesterday the university said it would appeal a decision that it was partly liable and should pay Natasha’s parents compensation.

What is happening where you live? Find out by adding your postcode or visit InYourArea

A student felt “isolated” in his studies and was worried about his exam results, an inquest heard, writes John Twomey.

Harry Armstrong Evans, 21, a third-year physics and astrophysics student at Exeter University, wrote in an email to his tutor: “I really struggled to think straight, and the exams were a horrible culmination of my stresses…I found myself very isolated.” He died in June 2021 and Cornwall Coroner’s Court heard Exeter did not phone him about his poor results when his mother asked.