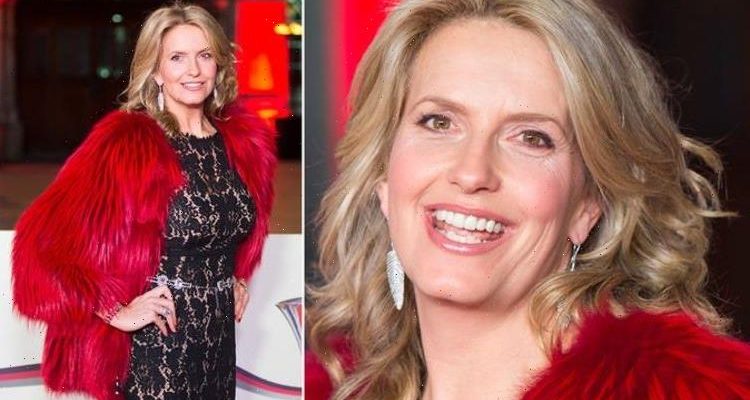 Having always had doubts and secretly known that she had the condition within herself, the blonde model revealed on Loose Women that at the age of 46 she was diagnosed with dyslexia. Having learning difficulties made it tough for her in school, yet she revealed that beloved husband Rod gave her “loads of confidence.” When speaking in public at a charity event the rock legend would be behind her cheering “Go on Pen, you can do it.”

The stigma around having dyslexia meant that Lancaster built up a sense of fear and anxiety.

She continued to Mirror.co.uk: “I always struggled at school. My dad used to take me to extra English classes after one teacher said to him, ‘Why bother? She’ll never amount to anything.

“But when I read the pledge at the charity event I felt like bursting into tears afterwards because it was such a big deal for me”.

The couple, who have two sons Alastair and Aiden and it was when they took their eldest to get tested where Lancaster was finally diagnosed.

After her diagnosis she is now on a mission to alleviate the stigma of learning difficulties that she faced when she was younger.

Whilst on Loose Women she said she wants people to instead embrace the condition as “something quite positive” as the disability encourages creative thinking.

Proudly she added: “I say yes I’m dyslexic. I can actually wave the banner.”

An article written in Psychology Today stated that the common definition of dyslexia connects the disorder with experiencing difficulties.

It reads: “Dyslexia is a specific learning disability that is neurobiological in origin. It is characterized by difficulties with accurate and/or fluent word recognition and by poor spelling and decoding abilities.”

However, Dr Beverley Steffart concluded after studying a group of art students that dyslexia can represent “a ‘trade-off'” for seeing the world beyond just reading or writing.

It was because of this that it made them more creative and excel in art and design.

In fact it is probable that most people with dyslexia will have a potential niche due to their divergent thinking or ‘big picture’ thinking.

The most recent conclusions on the positives of dyslexia can be found in the 2011 book The Dyslexic Advantage by Brock Eide and Fernette Eide.

They stated that dyslexic people seem to fare better than non-learning disabled people at seeing the world holistically and spotting connections.

This could be an advantage in many fields including business and when building personal relationships.

Of course, acknowledging the positives of dyslexia cannot sweep away the difficulties that people may face.

Common symptoms and signs of the disability include:

According to NHS data, one in every ten people in the UK has some varying degree of dyslexia.

If you suspect that you or someone you know may have dyslexia, talking to a GP about potential tests to assess these problems is the best course of action.

Assessments relate to issues such as the general state of an individual’s health, how well they perform certain tasks and what they think needs to change, support will then be put in place regarding the results of the assessment.