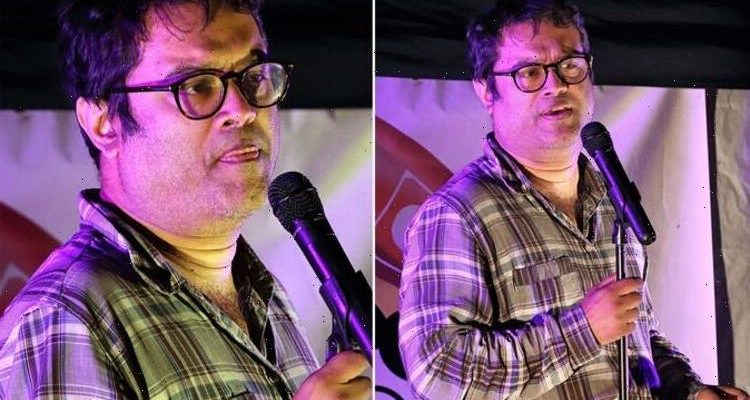 The Chase: Paul Sinha beaten by lone quizzer in final

Sinha, 51, was diagnosed with the life-changing condition in 2019 after more than two years of dealing with a ‘frozen shoulder’ which turned out to be a symptom of the disease. Announcing his discovery on Twitter, the quiz mastermind said: “I have Parkinson’s disease. I will fight this with every breath I have.”

Despite his public announcement, in private he was struggling to come to terms with the condition.

Speaking to iNews a year after his diagnosis, he said: “Looking back to those two weeks after the diagnosis I think I had a breakdown.”

Parkinson’s is a chronic, progressive and neurodegenerative condition–which results in a dysfunctional nervous system, according to NICE.

Over time it limits the sufferer’s movement and causes involuntary shaking of particular parts of the body (tremor), slow movement, and stiff and inflexible muscle.

It first dawned on the star that he had Parkinson’s in the back of a cab when he Googled symptoms he had been having since September 2017.

“I had been suffering from a frozen shoulder since September 2017. I’d seen a specialist who was convinced he could cure it, but nothing seemed to work.

“The next day in a cab I decided to Google the words ‘frozen shoulder’ and ‘Parksinson’s.’ And I knew I had Parkinson’s.”

Despite his shock at the time, in recent years Sinha, nicknamed ‘The Sinnerman’ on The Chase, has come to terms with his condition.

He even described having his diagnosis as a great “relief.”

Speaking to Channel 5 News in November 2019, he said: “There was a slight sense of relief that I could get on with my life because I knew that something was going horribly wrong, and it was more a relief of ‘now that I know what it is, I can sort of own it’.

“Before the diagnosis I was trundling along, now there’s a sense of urgency to just get things done.”

Although Sinha admitted “things will get worse”, the star described his positive approach as an “act of pragmatism.”

He said: “It’s not an act of courage, it’s an act of pragmatism.

“If you’ve got a disease process, you are going to live a better life if you treat it with good spirits rather than bad.

“The better your mental health, the more fit you are to deal with what the physical side throws at you.

Because it is a progressive disease, Parkinson’s worsens over time.

Despite this, there are several treatments that can support people with Parkinson’s, these include supportive therapies like physiotherapy, medication, and surgery, in certain cases–says the NHS.

Parkinson’s is a common condition in elderly people.

The NICE suggests that roughly one to two percent of people older than 65 will be diagnosed with the condition.

The main symptoms of Parkinson’s, according to the NHS, are: