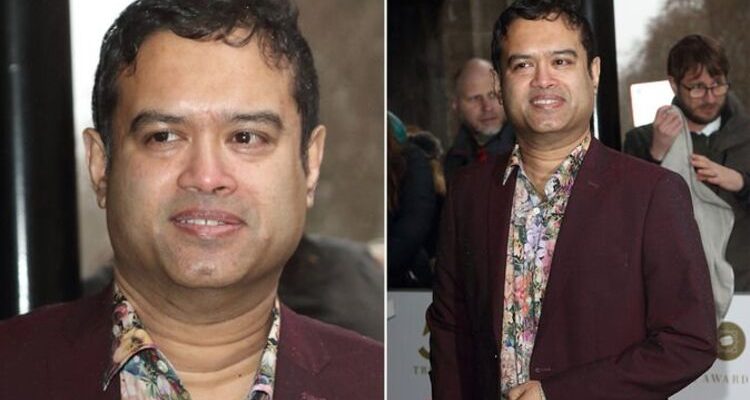 The Chase: Paul Sinha beaten by lone quizzer in final

He has been vocal about his desire to fight the disease.

Despite his attitude, the fight hasn’t been plain sailing.

In a recent interview, he admitted that he has had to abandon the idea of doing pantomime because of the illness.

Sinha made his debut as Abanazar in Aladdin at the York Opera house in 2016.

The chaser described how, despite getting awful reviews, he “just loved it”.

But unfortunately, he said he won’t have the “physical fitness” to ever do it again.

Talking about his stint at the panto on Clive Anderson’s podcast, he said: “You just realise it doesn’t matter that you’ve got bad reviews, you are having the time of your life.”

The star also had to take a short break from filming Beat The Chasers last year because of his ill-health.

Sinha first realised he had Parkinson’s in 2017 because of the “frozen shoulder” he had, he told iNews.

After he Googled the words “frozen shoulder” and “Parkinson’s” in the back of a taxi in September 2017, his fate dawned on him.

Parkinson’s is a disease that causes more and more damage to parts of the brain over many years.

According to the NHS, the main physical symptoms of the condition include:

Most people develop symptoms over the age of 50.

In an emotional interview with Loose Women, Sinha described what will happen to his role on The Chase when his symptoms worsen.

“I know when I stop answering questions at speed, The Chase won’t fire me,” Sinha said.

“I’ll say ‘It’s been a lovely journey and you’ve treated me very well and see you later’ – I won’t let the disease dictate how I live my life.”

According to the Parkinson’s foundation, there is no standard treatment for Parkinson’s.

There are several treatments that may be recommended to you depending on your symptoms.

The NHS may offer you physiotherapy to relieve muscle stiffness through movement.

Your doctor may also refer you to a dietitian who can provide a diet plan based on your symptoms.

One study, published in the journal Neurology, found that Parkinson’s sufferers who ate foods high in flavonoids, such as blueberries, tea, red wines, and oranges, had lower mortality.