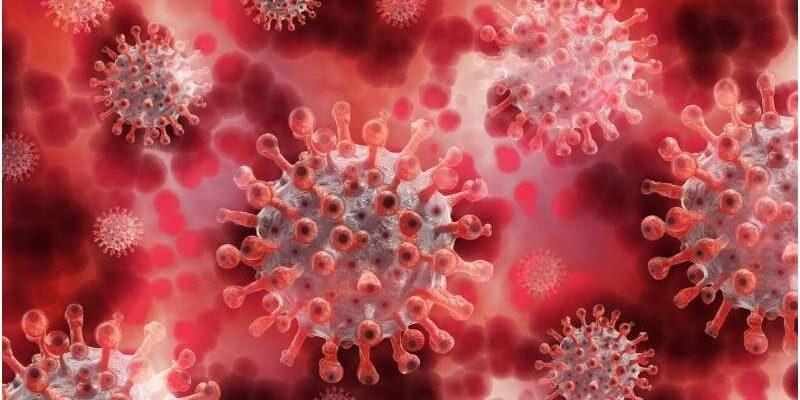 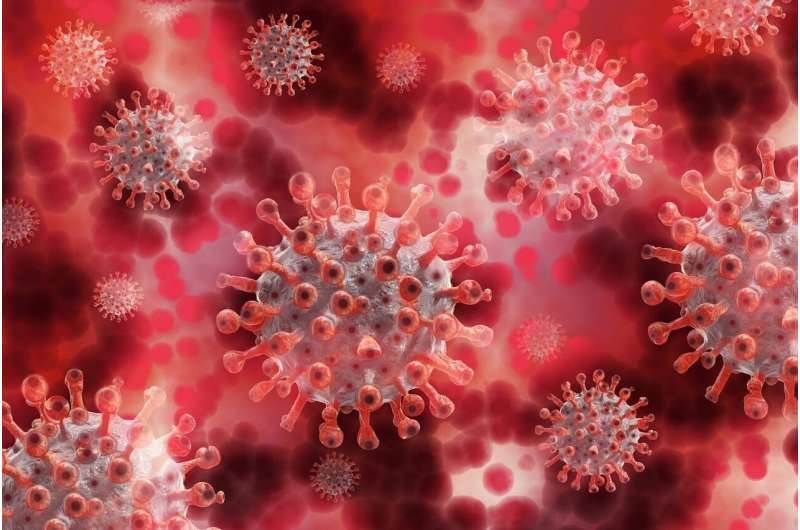 Researchers from the Chinese Academy of Sciences in Beijing recently reported intriguing new evidence for a possible mouse origin of the Omicron variant. Their paper, posted on the BioRxiv preprint server, was quickly picked up and published a few days later by the Journal of Genetics and Genomics, and defies the prevailing theory which claims that the polymutant spike sequence of Omicron must have evolved under protracted infection in a severely immunocompromised patient.

Their main idea is that a mouse could have somehow been infected with the human virus by “reverse zoonotic transfer,” whereupon the virus evolved all or many of its 45 novel mutations, and then subsequently was transferred back to humans. While this theory might explain why Omicron appears so anomalous when plotted on a phylogenetic tree against the usual suspects, there is one major problem: The mouse homolog of the human ACE2 receptor (hACE2), which the virus typically uses to gain entry into cells, has little affinity for the standard issue SARS-CoV-2 spike protein.

So little in fact, that in order to study the virus in this preferred research animal, scientists must artificially introduce hACE2 in order to create mice that show any significant respiratory distress upon infection. These transgenic mice are made in several ways, each showing unique tissue tropisms, penetrance and correspondingly different effects. Researchers have conducted knock-in experiments in which the human hACE2 sequence is integrated into the host genome and induced under the control of a number of different promoters. Adenoviruses can also be used to infect cells and create replicating plasmids that propagate the hACE2 code.

Considering these matters, how could the standard issue human virus have taken hold in mice? Several things are apparent regarding how the Omicron sequence and disease sequelae differ from that of the other four knighted variants. While Omicron appears to be more transmissible, it also appears to be less severe—it does not seem to target different cell classes in the deep lung in the same way. These cell types might include bronchiolar and alveolar epithelial cells, alveolar macrophages, and variously designated pneumocytes. One potential explanation here is that Omicron does not rely on ACE2 reception and subsequent TMPRSS cleavage for infection. Instead, it seems to prefer direct endosomal uptake and cleavage by cathepsin enzymes. 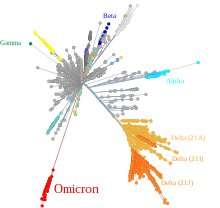 The authors reasoned that if Omicron did, in fact, evolve in a mouse, then the detailed specifics of the 45 mutations that it acquired there should directly reflect this. In other words, since each organism has different DNA repair mechanisms, nucleotide abundances, codon preferences, oxidative backgrounds and other mutational proclivities, then the “molecular spectrum” of their mutations should reveal a species specific signature. In practice, this is a tall order. Nonetheless, the researchers reasonably constructed this spectrum using the relative abundances of each of the 12 possible base pair substitutions (i.e., A>C,T, or G, C>A,T, or G, etc.) during the evolution of Omicron, B.1.1.529 from its closest ancestor.

They found that the molecular mutational spectrum from Omicron was significantly different from that of all the other viruses that evolved in human patients, but closely resembled the spectra associated with virus evolution in mouse cells. While others have recently suggested that Omicron might have originated following a brief foray in an intermediate host like a rat, or even a deer, this study is the first to put actual meat on the bones of this kind of zoonotic two-step. The authors suggest that the observed mutations, as well as insertions and deletions, might be consistent with evolution in mice over the course of roughly one year. However, estimating mutational lag times like this is notoriously difficult, and often a bit subjective.

Several of these mutations, and the associated viral accouterments afforded by them are rather curious. For example, the still inexplicable insertion of a furin cleavage site in SARS-CoV-2 has gained an additional key arginine in Omicron, a modification that appears to further enhance furin processing during the viral life cycle. However, a flurry of new research now suggests that evolving a furin cleavage site out of thin air may not be as big a stretch as previously thought. To that point, a European bat was shown to have a coronavirus that is just one mutation away from possessing a polybasic furin cleavage site at S1/S2 spike location. Other features of Omicron include escape from both vaccine and antibody treatments, but not from T-cell responses. The formation of syncytia by rampant cell fusion, on the other hand, is not observed in Omicron, which may potentially explain why it is less severe.

If Omicron did switch to the mouse, then what kind of mouse was it? Namely, was it a wild mouse or a lab mouse? If the latter, a whole mouse or just cells from a mouse? Way back in 2007, researchers showed they could fully adapt human SARS-CoV-1 to fatally infect mice and wreak respiratory havoc after 15 passages of the virus through successive animals. Ralph Baric and others recently did this in just 10 passages for SARS-CoV-2. These kinds of manipulations obviously speed up evolution that would occur in a natural environment by several-fold. That is precisely why it is done. In cell cultures, things can be done even quicker. The same kinds of telltale molecular mutation spectrums studied in Omicron as noted above may also be readily apparent after passaging in specific cell lines. In other words, features of viruses can be readily evolved under specific culture conditions according to the needs and proclivities of specific cell lines used.