Microbiomes refer to the collective genomes of microorganisms living in a particular environment. The microbiota refers to the community of microbes themselves. For example, the human gastrointestinal tract contains approximately 100 trillion microorganisms (primarily bacteria, but also viruses, fungi, and protozoa). These microorganisms play essential roles in immunity and energy metabolism in humans, extending from gastrointestinal health to brain behavior and function. However, whether 'feeding the microbiome' can help modulate human behavior and brain function is under discussion.

The favorable impact of diets is mediated or moderated via the microbiota–gut–brain-axis. Recent studies have highlighted microbiota signatures in the case of psychiatric disorders. This led to the development of microbiome-targeted therapies known as 'psychobiotic.' It included the administration of live organisms, dietary interventions for reshaping microbiome function and composition, and fecal microbial transplants. Among these therapies, the most commonly tested is the administration of probiotic organisms (Lactobacillus and Bifidobacterium strains, either alone or in combination) in people with clinical depression.

Research on the impact of dietary therapies, either whole dietary interventions or specific dietary factors, on the gut microbiome, is quite limited. However, the effect of diets can be ubiquitous and lead to neurodegeneration and neurodevelopment. Thus, modulation of the microbiota–gut–brain-axis can be an important approach for treating and preventing mental health disorders. However, most of these interventions are at an early stage of research, and importance must also be given to the limitations of such interventions.

A new review published in the Clinical Nutrition and Metabolic Care journal focused on studies that utilized the dietary gut microbiota–target interventions to improve mental health conditions. It also discussed some suggestions for developing more robust and informative interventions for diet–microbiome studies. 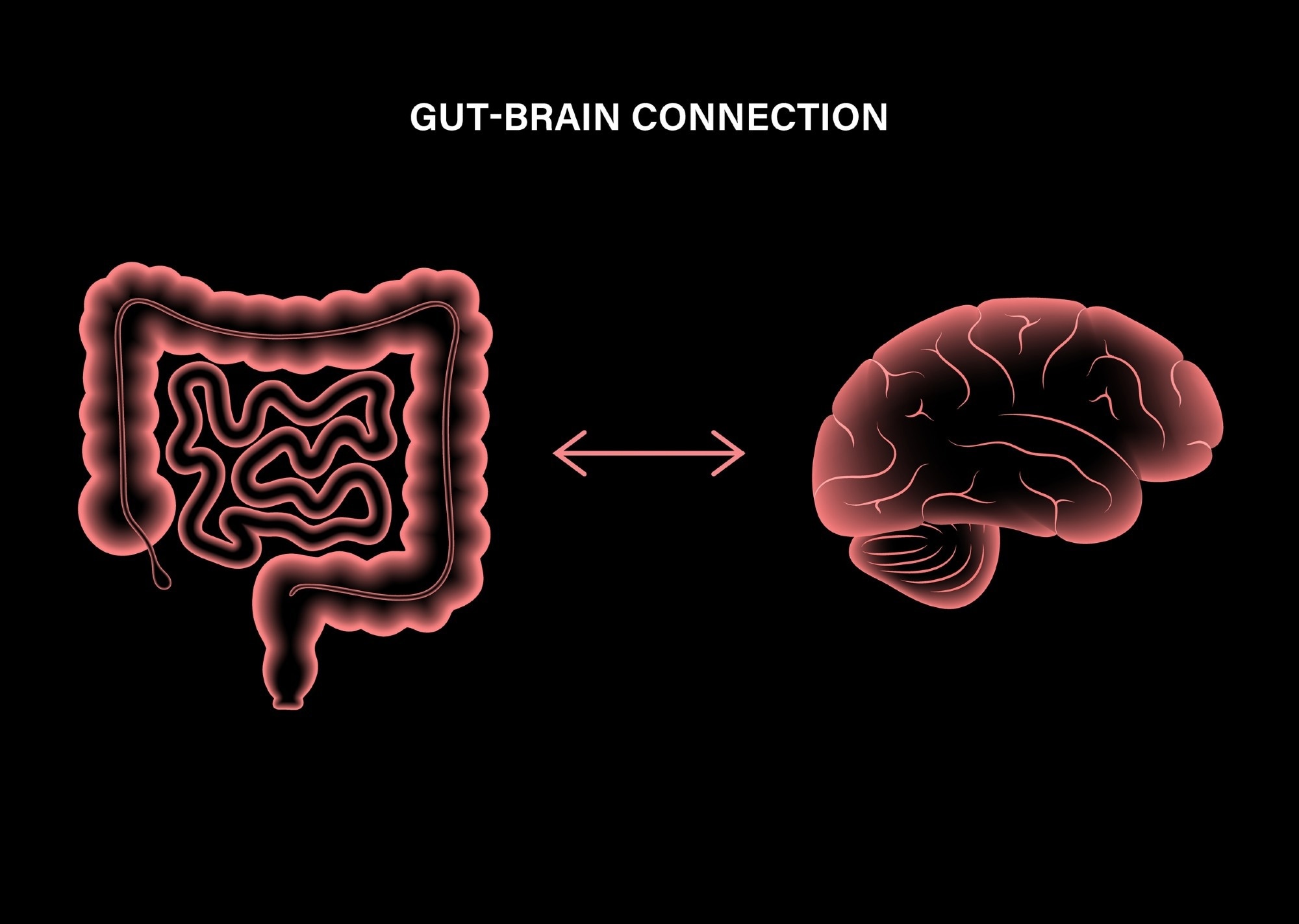 The communication of the gut with the brain mainly involves neuroendocrine-immune pathways susceptible to dietary modulations. Short-chain fatty acids (SCFAs) are most commonly produced as a result of microbial processing of dietary indigestible fibers. SCFAs can control energy balance, feeding behavior, and immune functions.

Synthesis of several key neuroactive molecules, such as catecholamines, ϒ-aminobutyric acid (GABA), tryptophan metabolites, and serotonin (5-HT), occurs in the gut microbiota. These molecules have been observed to interact with the autonomic nervous system or stimulate the gut's vagal sensory neurons. This leads to neuronal activation in the nucleus tractus solitarius (NTS), the location from which information is transmitted to different brain areas.

A healthy diet comprising live bacteria or phytochemicals can promote the production of SCFA and other bioactive compounds that can positively impact metabolic and gastrointestinal health and brain processes. However, a westernized diet comprising processed foods and high sugar, salt, and saturated fats can alter the microbiota's composition and lead to low-grade systemic inflammation, which can be associated with metabolic disorders and gastrointestinal pathology, obesity, and mental illness.

Impact of the gut-microbiome targeted dietary interventions on mental health

Recent studies have suggested that the gut microbiome plays a role in mental health. For example, a lower number of SCFA-producing genera and a higher number of lactic acid-producing bacteria genera have been associated with many different psychiatric disorders. Moreover, recent clinical trials have highlighted that dietary interventions can improve depression and other mental disorder symptoms.

The Mediterranean diet is one such diet that has been reported previously to be health-promoting. They were first tested along with conventional antidepressant therapy in the 'SMILES' trial and were reported to significantly improve symptoms for patients with major depressive disorder. Other studies also reported that the Mediterranean diet was capable of improving symptoms of depression in both children and adults. However, most of these studies were focused on the behavioral outcomes and not on the impact of the diet on the gut microbiome.

Fermented foods such as kombucha, kefir, and yogurt have also been reported to improve metabolic and gastrointestinal health. However, studies on their impact on brain and behavior outcomes are limited. Other diet-related methods for targeting the microbiota–gut-axis include intermittent fasting and ketogenic diets.

How to design a diet-microbiome behavior study

Assessment of the diet–microbiome– behavior effects in humans can face different types of complexities. The lack of standardized dietary assessment protocols or interventions is one of the most critical challenges.

The evaluation of dietary intake can occur by direct methods such as duplicate diets, direct observation, and nutritional biomarkers or indirect methods (self-report) such as Food Frequency Questionnaires (FFQs), 24-h dietary recalls, and food diaries. However, all the subjective methods depend on the participant's self-report, perceptions, and experience and may be subject to misreporting issues and systematic bias.

Using FFQs to assess dietary intake can have several advantages, such as lower cost, lower participant burden, and quick and automated data analysis. However, being self-reported, it depends on the memory and is also limited to the food items provided in the list. The misreport in the case of FFQs was observed to be higher than in other methods, such as food diaries. Food diaries also have certain specifications, such as time-consuming data entry, higher participant burden, and human resources with expertise in dietetics. These limitations can be reduced with the assistance of technology.

Attention must be given to various aspects of designing a microbiome-target dietary intervention. Factors such as the duration of the intervention, the extent of change in a diet, and microbiota competition are suggested to play important roles. Assessment of the participants' baseline diet and feeding behavior characteristics is also required to understand the impact of the intervention. Finally, the participant must be willing to adhere to the changes in the diet, which can include unusual cooking methods, novel foods, and shopping habits.

Diet–microbiome studies and their impact on brain health is an emerging area of research. Although several studies have shown the efficacy of diet in regulating the microbiome composition that, in turn, improves gastrointestinal disorders, metabolic disorders, and mental illness, these studies have limitations that require further work. Developing new dietary interventions involves the determination of the optimal length of the intervention and compliance with diet specificities. Further research is needed to design new dietary interventions and improve current nutritional guidelines for preventing acute diseases.