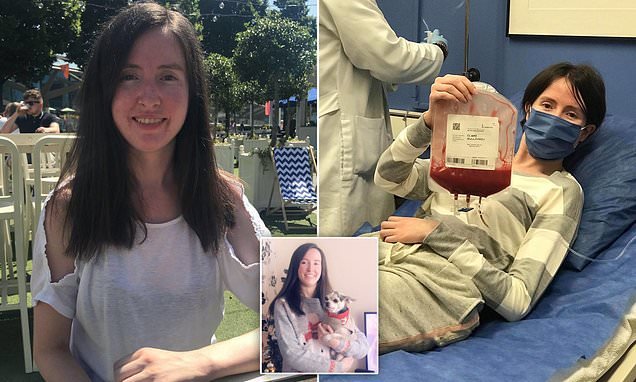 Children’s nurse, 29, forks out £40,000 for multiple sclerosis therapy in MEXICO after being told she ‘doesn’t fit NHS criteria’

A nurse told her multiple sclerosis wasn’t serious enough for NHS treatment ended up paying £40,000 for surgery in Mexico.

Clare Mullarkey, 29, has travelled to the nation for stem cell therapy in a bid to treat her MS.

She says she had been denied the same treatment in the UK last year because she didn’t meet the NHS’s criteria.

Suffering from the relapsing form of the nerve-damaging condition, Ms Mullarkey has had severe bouts of illness which have left her struggling to walk.

Afraid she would be reliant on a wheelchair by the time she turns 30, the paediatric nurse decide to take matters into her own hands and go to Mexico for the treatment with the help of crowd-funding. 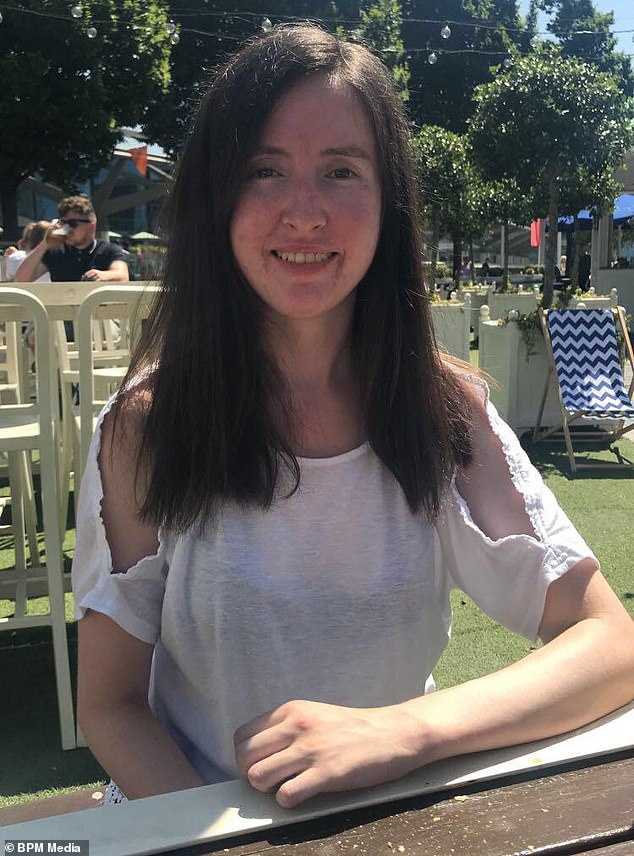 Clare Mullarkey, originally from the Republic of Ireland but now living and working in Birmingham, was diagnosed with multiple sclerosis when she was 22 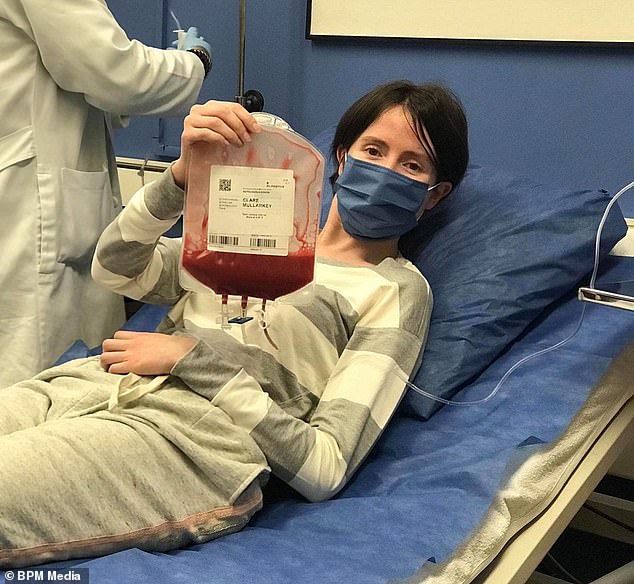 After being told her illness wasn’t active enough for her to qualify for NHS treatment, Ms Mullarkey took matters into her own hands and is paying more than £40,000 to have it in Mexico

Ms Mullarkey, who is from County Kildare in the Republic of Ireland and works at Birmingham Children’s Hospital, is in Mexico at the moment being treated.

She is having haematopoietic stem cell transplantation (HSCT), which works by destroying and rebuilding a patient’s immune system.

Multiple sclerosis, with which Ms Mullarkey was diagnosed when she was 22, is an autoimmune condition in which the immune system damages nerves in the brain and spine.

‘I saw a programme on the BBC about this stem cell treatment, and it gives you hope,’ Ms Mullarkey told the Birmingham Mail.

‘It looked really promising – finally news that there was a treatment out there that could work!

‘I’d already had three failed treatments, so it was exciting to hear about something that was actually stopping MS in its tracks in 80 per cent of people.’

WHAT IS MULTIPLE SCLEROSIS?

Multiple sclerosis (known as MS) is a condition in which the immune system attacks the body and causes nerve damage to the brain and spinal cord.

It is an incurable, lifelong condition. Symptoms can be mild in some, and in others more extreme causing severe disability.

It is more than twice as common in women as it is in men. A person is usually diagnosed in their 20s and 30s.

The condition is more commonly diagnosed in people of European ancestry.

The cause isn’t clear. There may be genes associated with it, but it is not directly hereditary. Smoking and low vitamin D levels are also linked to MS.

The majority of sufferers will have episodes of symptoms which go away and come back, while some have ones which get gradually worse over time.

Symptoms can be managed with medication and therapy.

The condition shortens the average life expectancy by around five to 10 years.

Ms Mullarkey said she felt ‘let down’ by the NHS’s decision to not offer her the treatment in England and decided to raise the $56,000 (£42,283) for private therapy.

‘My consultant put me forward for treatment in London, but I was declined,’ she said.

‘Because I didn’t have any active lesions, I didn’t qualify. I would have to have another relapse.

‘But every relapse causes damage to the spinal cord. I decided I just couldn’t wait around for that to happen.’

Ms Mullarkey was diagnosed with MS, which affects more than 100,000 people in the UK, after noticing her vision was blurry but an eye test found nothing wrong.

She was referred for an MRI scan and tests on her spinal fluid, when doctors revealed MS was to blame.

It wouldn’t be long before her first relapse – the condition often comes in flares and symptom-free periods – left her with club foot and difficulty walking.

Now, over the last few years, her condition has become steadily worse. At work, she stays on the ward because she struggles to escort patients around the hospital.

‘After my relapse, it really hit home,’ said Ms Mullarkey.

‘It’s tough to deal with. I’m a really independent person, and the reality was that if I continued going the way I was, I could be in a wheelchair before I’m 30.

‘I rely a lot on taxis now because walking to the bus stop is too far, and it often makes me avoid going out at all.

‘I worry that if it continues like this, I will have to give up my job, which I love. It’s really not much of a future.’ 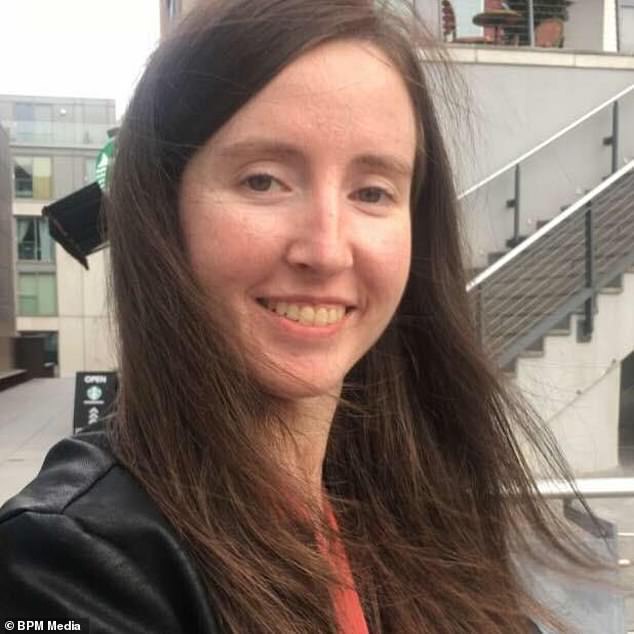 Ms Mullarkey, who has already been left with difficulty walking and fears she will be confined to a wheelchair by the time she turns 30, said the major treatment is worth the risk of infection or of it not working 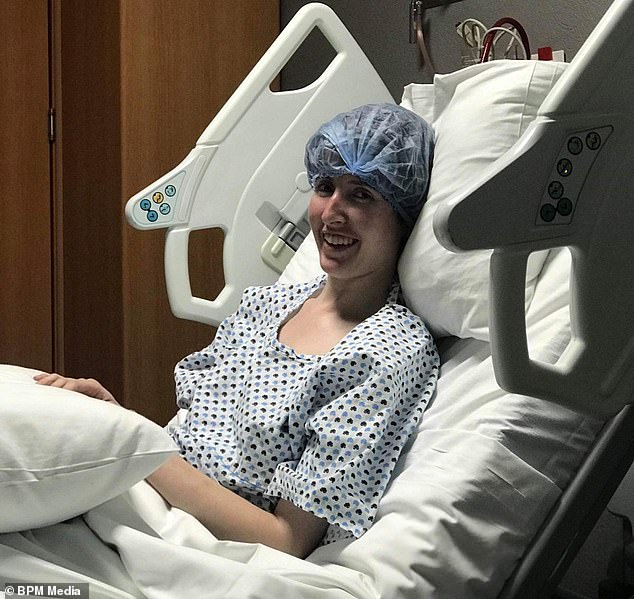 Ms Mullarkey found out she had multiple sclerosis when she had blurry vision but an eye test did not reveal any problems with her eyes – an MRI scan and test on her spinal fluid revealed she has the autoimmune condition, which affects around 100,000 people in the UK 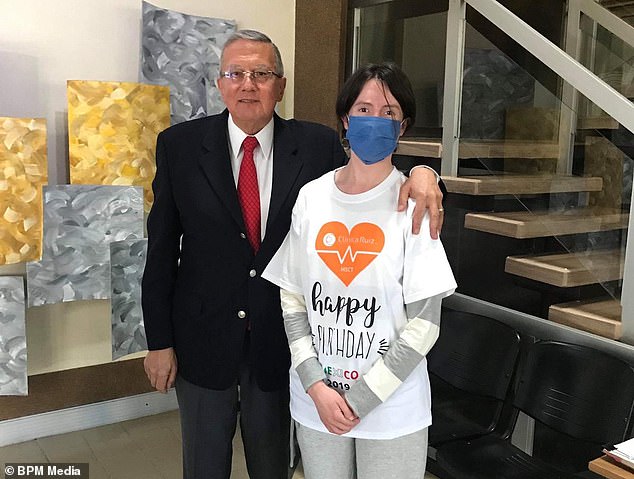 If the treatment works it could prevent multiple sclerosis from causing any further damage to Ms Mullarkey’s nervous system, she says (pictured with Dr Ruiz, who is running her programme in Mexico), but it cannot repair any damage already done

Ms Mullarkey travelled to Puebla, Mexico, at the beginning of February and has now finished her first stage of chemotherapy, wiping out her immune system.

She will now spend two weeks on an isolation ward as her immune system rebuilds itself using her own stem cells – building blocks which can become any kind of cell.

‘I’ve had a bit of sickness, but generally I’ve had it fairly easy,’ Ms Mullarkey said.

‘A lot of people are travelling to Mexico or Russia for the treatment and there’s 11 of us all together here, from all other world.

‘It’s really working and has been going for around 10 years with incredible results. 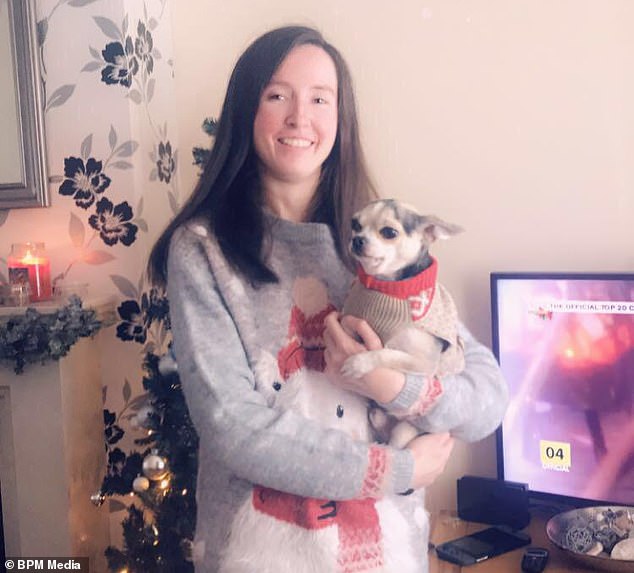 Ms Mullarkey, who works at Birmingham Children’s Hospital, said: ‘For me the risk of getting worse is 100 per cent, so I knew I had to take the chance. My hope is that I can stop the disease before it takes anything more from me, and hopefully I can get my future back’

‘For me the risk of getting worse is 100 per cent, so I knew I had to take the chance.

‘My hope is that I can stop the disease before it takes anything more from me, and hopefully I can get my future back.’

If the treatment does work and stops Ms Mullarkey’s immune system causing more damage, it will not be able to repair nerves which have already been destroyed.

‘But it will only be a suitable treatment for small numbers of patients with active inflammatory lesions in their brain and spinal cord which justify the considerable risks of the treatment.

‘The evidence for transplants in MS is still developing, and we will continue to monitor this closely to secure the best outcomes for patients.’