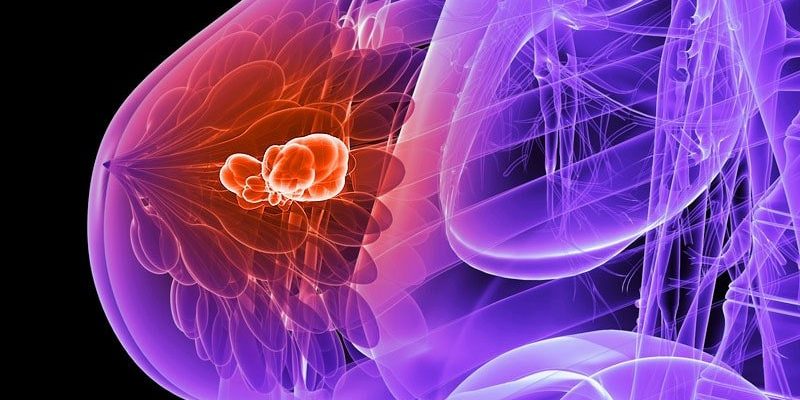 Findings from the phase 3 EMERALD trial, presented today at the San Antonio Breast Cancer Symposium (SABCS) 2021, revealed that the effects of elacestrant (Menarini Group & Radius Health) were even more pronounced in women with ESR1 mutations. Women in the elacestrant arm had a 45% reduced risk of death or disease progression in comparison with those who received standard of care.

This new agent is the “first oral SERD to demonstrate a statistically significant and clinically meaningful improvement of progression-free survival in patients with ER-positive/HER2-negative metastatic breast cancer in the second- and third-line settings,” said lead author Aditya Bardia, MD, MPH, director of the breast cancer research program at Mass General Cancer Center and associate professor at Harvard Medical School, Boston. “Clinically, elacestrant has the potential to become the new standard of care in the study population.”

Endocrine therapy and CDK4/6 inhibitors remain the mainstay for the management of ER+/HER2 metastatic breast cancer. However, most patients will eventually develop resistance to these agents, often caused by the development of ESR1 mutations.

At the current time, fulvestrant is the only SERD available on the US market, which means there is an urgent unmet need for new, effective SERDs in this setting, especially for patients harboring ESR1 mutations, Bardia explained.

In an early phase 1 trial, Bardia and his team evaluated elacestrant for safety and antitumor activity and found it had an acceptable safety profile and demonstrated single-agent activity with confirmed partial responses in heavily pretreated patients with ER+ metastatic breast cancer.

This trial provided the rationale for investigating elacestrant in a phase 3 setting, Bardia said.

The multicenter, randomized, controlled phase 3 EMERALD trial included 477 postmenopausal women with ER+/HER2- metastatic breast cancer who had received one or two prior lines of endocrine therapy and no more than one line of chemotherapy in the metastatic setting. Patients had also progressed on prior treatment with a CDK4/6 inhibitor.

Patients were randomized to elacestrant 400 mg orally daily (n = 239) or standard of care (investigator’s choice of fulvestrant or an aromatase inhibitor, n = 238). The cohorts were further stratified by ESR1 mutation status, prior fulvestrant exposure, and presence of visceral disease.

The co-primary endpoints were progression-free survival in patients with tumors harboring ESR1 mutations and in the entire cohort. Secondary endpoints included overall survival, safety, tolerability, and quality of life.

“This was a positive study as it met both primary endpoints,” said Bardia.

Bardia added that further studies are planned. Those studies will assess the efficacy of elacestrant during earlier lines of treatment and in combination with other therapies, such as CDK4/6 inhibitors.

Weighing in on the recent findings, Carlos Arteaga, MD, who was not involved in the research, said this represents an important study evaluating a therapeutic priority.

“The data suggest that [elacestrant] may be a new option, not only as monotherapy but in combination with other therapies,” Arteaga, director of Simmons Comprehensive Cancer Center at UT Southwestern Medical Center, Dallas, Texas, and co-chair of SABCS, told Medscape Medical News.

“I would think that this is practice changing,” said Omene, who was also not involved in the research. The new oral SERD “demonstrates a significant advantage in progression-free survival over either fulvestrant or an aromatase Inhibitor.”

An oral drug could also potentially save patients from painful injections that can occasionally result in injection site abscesses from long-term administration, she explained. “It’s also more convenient to take oral pills at home. It saves on transportation and omits waiting in treatment rooms for administrations.”

Although the overall survival data are not yet mature and the rate of adverse events was higher with elacestrant, “progression-free survival is a surrogate endpoint widely used for overall survival and is reasonable to consider a treatment regimen based on this while awaiting mature survival data,” Omene added. “The increase in nausea and vomiting seen in oral SERD arm is likely manageable, as there were no significant differences in discontinuation in both arms of treatment.”