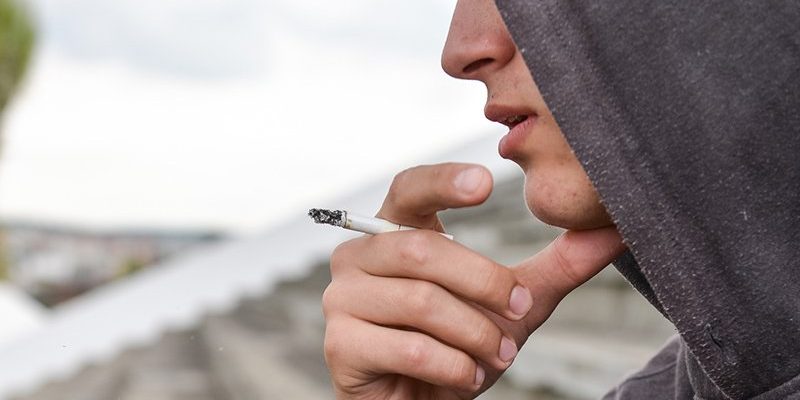 Marijuana. Mary Jane. Weed. Pot. Skunk. Shake, shatter, and pre-rolls. No matter what you call it, thanks to expanded medical and recreational availability of cannabis in the United States, a growing number of adolescents are using the drug — with potentially dangerous and mostly unintended consequences. And both parents and practitioners are being caught off guard.

Deborah, a parent in Boston (who requested that her name be masked to protect her family), knows the risks first-hand. Last year, her 19-year-old son landed in the emergency department, and subsequently a behavioral health facility, after smoking pot with his friends. Only days earlier, she had dropped him off for his sophomore year of college.

“He’s been a regular cigarette smoker since 10th grade, and an occasional [user] of alcohol and pot. But he got really unlucky,” Deborah told Medscape Medical News.

“He had a paranoid reaction, cannabis-induced psychosis they call it, and three days later he was still having delusions that friends [on social media] were saying things that they didn’t say, that people in his apartment were talking about him.”

After he was hospitalized and placed on the antipsychotic drug olanzapine (Zyprexa), prior red flags became apparent: social anxiety, depression, a family history of bipolar disorder. One year later, he remains in treatment, is attending community college, and is doing well, with one caveat: “The doctors tell us that we now have to treat pot like a life-threatening allergy,” she said.

A Convergence of Risks

Deborah’s experience is far from unique.

As of November, 36 US states and four territories had legalized medical cannabis, and 18 states, four territories, and Washington, DC, had enacted legislation allowing for recreational use. Although national data do not demonstrate an explosion of cannabis use in youth since legalization, researchers and clinicians alike have expressed concerns over the convergence of risks: adolescents as young as 12 or 13 starting to use the drug, a market dominated by highly potent cannabis products, and short- and long-term effects of exposure, especially with regard to the developing brain.

“My work, as well as the work of a lot of other colleagues, has shown that younger kids do have more negative consequences from more regular cannabis exposure,” said Krista Lisdahl, PhD, director of the Brain Imaging and Neuropsychology Laboratory at the University of Wisconsin-Milwaukee and principal investigator in the National Institutes of Health’s ongoing Adolescent Brain Cognitive Development Study. “What we tend to see are some mostly mild reductions in verbal memory, complex attention — like cognitive control — problem solving, and psychomotor states.”

Lisdahl has found that cognitive function starts to recover within a few weeks if use stops. Three prospective longitudinal studies in 3762 identical and fraternal twins published last April in PNAS further support her research: While use of cannabis is associated with greater rates of mental health problems in youth — including major depression, anxiety, and antisocial personality, as well as substance use disorders — the effects are mostly temporary.

Researchers are trying to determine if early use leads to adverse outcomes in adults. They also wonder if disparate state laws may be driving easier access to and greater use of cannabis among adolescents who might not understand the need to consume lower amounts of the drug and titrate appropriately.

“We’ve created this patchwork of products with varying regulation from state to state, but what we don’t have is federal regulation,” Sharon Levy, MD, MPH, director of the Adolescent Substance Use and Addiction Program at Boston Children’s Hospital, said.

From Initiation to Abuse

The National Institute on Drug Abuse reports that in 2021, roughly 7.1% of 8th graders, 17.3% of 10th graders, and 30.5% of 12th graders used cannabis in the past year. These statistics are hardly surprising; this week, a study published in the Journal of Studies on Alcohol and Drugs highlighted that despite state regulations against advertising cannabis products to youth, recreational producers are creating content — promotions, discounts, health benefits, even swag like T-shirts or hats — that appeal to adolescents. Moreover, according to the study authors, many of these marketing strategies are designed to circumvent rules across social media platforms and lack oversight from the companies who created the rules in the first place.

The study highlighted that aside from driving awareness, cannabis marketing messages are aimed at driving behaviors, which in this case might be quite dangerous, the researchers said. Rapid brain spikes of tetrahydrocannabinol, or THC (the main psychoactive compound in cannabis), coupled with adolescent impulsivity and propensity to seek rewards, can quickly lead to problematic use. In fact, recent estimates from the 2020 National Survey on Drug Use and Health demonstrated that roughly 4.1% of US teens reportedly suffer from cannabis use disorder (CUD).

Data gathered from a sample of US teens between spring 2019 and fall 2020 also indicate that many adolescents have turned to cannabis to cope with pandemic-related isolation, although 80% indicated previous substance use as a coping strategy.

“There’s a phase during adolescence when kids have a heightened interest in trying psychoactive substances and there are neurological [underpinnings],” Levy said. “They have more dopamine receptors in the brain; they’re at a phase where they are more impulsive.”

Social and cultural influences; mental health issues including depression, anxiety, and attention deficit hyperactivity disorder; a history of trauma; and genetics also appear to drive risky behaviors in adolescence, especially when it comes to the decision to try cannabis.

Meanwhile, the proclivity for risk taking and reward has blurred the line between recreational and medicinal consumption of the drug — an important consideration for clinicians.

On weekends, teens might use cannabis “to enjoy the company of friends and to remove some social anxieties, but it may also be [a way] to support other areas of health, things like mental health, or struggles with sleep” during the week, Lauren Kelly, PhD, MSc, assistant professor of pediatrics and child health at the University of Manitoba, Winnipeg, Canada, and scientific director of the Canadian Childhood Cannabinoid Clinical Trials, said. “Opening these discussions may be able to help reduce cannabis use and suggest alternatives that have more evidence behind them.”

Kelly also stressed the importance of understanding the numerous types of products that are now available. “Someone may say that they are using cannabis and it might be cannabidiol [CBD] oil, or cannabinol [CBN], or something else that is very different [from] a high-potency THC product; these products are very different in terms of effects and risk,” she said.

On the clinical side, screening at regular checkups is essential for understanding who is using, why they’re using, and what they’re using. Levy and her colleagues have developed a validated and easy-to-administer online screening tool with which clinicians can quickly and accurately identify adolescents with moderate to severe substance use disorders.

Major institutions like NIH are devoting research dollars toward better understanding how cannabis affects adolescent development and long-term health outcomes. In the interim, parents and practitioners should not be passive, Lisdahl said: “It’s important to be talking openly about these topics without stigma so we can really develop the best treatments and best environments for adolescents to flourish.”

Lisdahl, Levy, and Kelly have disclosed no relevant financial relationships.