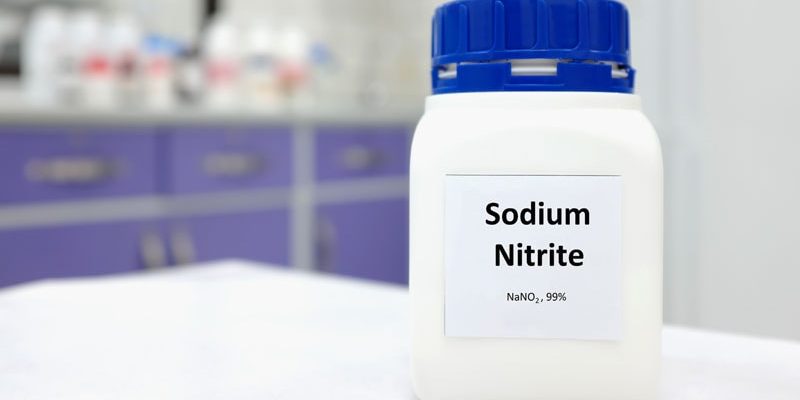 Consuming a large amount of nitrites from food additives versus none was associated with a greater risk of developing type 2 diabetes in the NutriNet-Santé study in France, researchers report.

However, a few experts who were not involved with this research question the strength of the findings due to study limitations.

However, “as this is the first large-scale study finding these associations, these results need to be replicated in other large-scale cohorts,” senior author Mathilde Touvier, PhD, head of the Nutritional Epidemiology Research Team (EREN-CRESS), INSERM, INRAE, Sorbonne Paris Nord University in France, and lead author Bernard Srour, PhD, PharmD, a scientist at the same institution, said in a joint email to Medscape Medical News.

Short-term intervention studies to determine insulin resistance could also be tested, they add.

In the meantime, “this study adds further evidence to the existing strong link between nitrites and colorectal cancer risk, and supports the importance of further regulation of nitrites as food additives and nitrogen fertilizers,” they say.

According to Touvier and Srour, the takeaway message for clinicians is the finding that nitrites from food additives are associated with type 2 diabetes, “support existing guidelines recommending [limiting] the consumption of processed meats to prevent chronic diseases. However, the consumption of vegetables should be encouraged as they contain several beneficial compounds and contribute to chronic disease prevention.”

Some Experts Are Skeptical

But three experts who were not involved with the research were skeptical about the conclusions, in comments made to the UK Science Media Center.

“The fundamental weakness of this study is how the food additive intake was assessed,” said Tom Sanders, DSc, PhD, professor emeritus of nutrition and dietetics, King’s College London, UK. “Estimates of intake were based on recalls of dietary intake on two separate occasions at the beginning of the study with no further estimates in the follow-up period of over 7 years,” he noted.

Other limitations include the relatively young age of the cohort and relatively low incidence of new cases of type 2 diabetes (about 1% of the study population over 7 years).

Moreover, the level of nitrite food additive ingestion is much lower than the acceptable daily intake. The findings would need to be replicated with appropriate adjustment for differences in body weight.

Gunter Kuhnle, PhD, professor of nutrition and food science, University of Reading, UK, said that “the study does not support the claim in the press release and paper that food additives are responsible for the increased risk.”

He pointed out that “nitrite from additives contributes only about 4%-6% of total nitrite intake in the population, and it is not clear why this should have a stronger impact on risk than nitrite from other sources,” such as nitrate found in food and water.

Duane Mellor, PhD, registered dietitian and senior lecturer, Aston Medical School, Aston University, UK, said: “It could be questioned how accurate estimating intakes of individual additives like sodium nitrite, which was less than 1 mg per day from a record of just 2 days food intake per year, as it assumes people ate the same the other 363 days of the year.”

Moreover, “it is perhaps worth noting that the use of nitrites as an additive is often as sodium nitrite, which is used to cure meats like bacon, which if someone is seeking to reduce their risk of type 2 diabetes would be something people would be encouraged to eat less of [anyway].”

“The best way to reduce your risk of developing type 2 diabetes,” he said, “is to be physically active, maintain a healthy weight for you, and eat a varied diet based on vegetables, pulses, nuts, seeds, and fruit along with wholegrain and moderate intakes of dairy foods and meat (especially processed meats).”

Nitrites and nitrates are used as food additives to prevent bacterial growth, mainly in processed meats, and they are also found in foods (mainly green leafy vegetables) and water (nitrates from the use of nitrogen fertilizer can enter the water supply).

The researchers analyzed data from 104,168 participants in NutriNet-Santé who had no diabetes at baseline and who completed 24-hour dietary intake records. They investigated the association between exposure to nitrites and nitrates (in food and water or in additives) and incident type 2 diabetes.

During a median follow-up of 7.3 years, there were 969 incident cases of type 2 diabetes.

Compared with individuals in the lowest third of nitrites from food and water, those in the highest tertile had a 27% higher risk of incident type 2 diabetes, after adjusting for multiple variables (hazard ratio, 1.27; P = .009).

The risk of type 2 diabetes associated with the highest intake of nitrites from additives was as previously described, 53% higher, than that for those with the lowest intake.

There was no evidence of an association between nitrates and risk of type 2 diabetes.

The researchers acknowledge that study limitations include potential errors in assessment of nitrate and nitrate exposure, potential selection bias (participants in the web-based study may have had healthier behaviors than the general population), and potential unaccounted confounders (because it was an observational study).