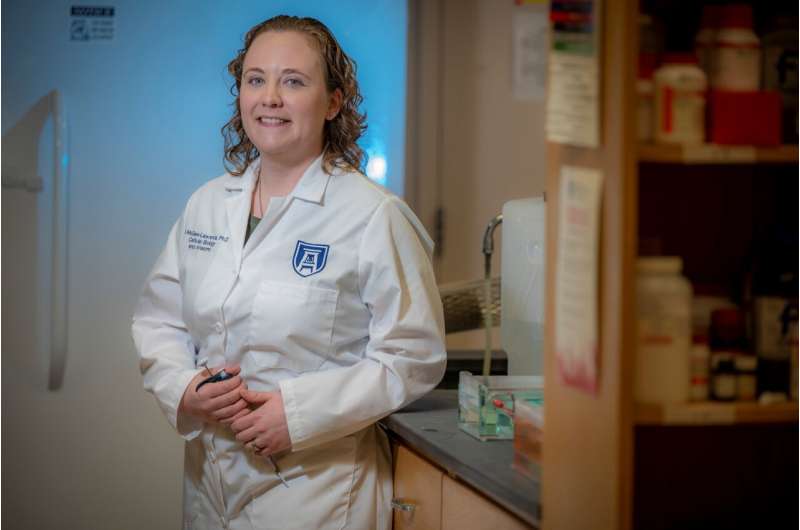 Drugs we take like prednisone can weaken our bones and so can aging, and scientists working to prevent both have some of the first evidence that the best target may not be the logical one.

They are finding that in aging bone, the mineralocorticoid receptor, better known for its role in blood pressure regulation, is a key factor in bone health, says Dr. Meghan E. McGee-Lawrence, biomedical engineer in the Department of Cellular Biology and Anatomy at the Medical College of Georgia.

And drugs that block the receptor, like the hypertension medications spironolactone and eplerenone, may help protect bone cells, says McGee-Lawrence, corresponding author of the study in the Journal of Bone and Mineral Research.

Drugs like prednisone are glucocorticoids, which are better known for their roles in reducing inflammation and suppressing the immune response, which is why they work so well for problems like irritable bowel syndrome and arthritis. But, like aging, they can also disrupt the healthy, ongoing dynamic of bone being made and being destroyed.

So reducing the impact of glucocorticoid receptors seemed like a logical way to protect bone.

The MCG scientists had already been surprised to find that the loss of functioning glucocorticoid receptors did not protect against bone loss in younger mice on calorie-restricted diets. In fact, there was increased fat accumulation in the bone marrow and worsened osteoporosis.

This time they were looking at the impact of endogenous glucocorticoids in an aging model, and found again that when the glucocorticoid receptor was blocked, older mice also experienced more fat accumulation in the bone marrow and worsening bone disease.

They also found that the mice had a smaller muscle mass, chose to move around less than mice typically do and had higher blood pressure.

Another surprise was that when they used drugs to inhibit the mineralocorticoid receptor, many of the problems were reversed.

“The only way we have found to get rid of that lipid storage by osteoblasts was to inhibit the mineralocorticoid receptor with drugs,” she says, and fortunately because of the receptors’ clear role in blood pressure there are already drugs that do that.

“I think what it means is if we want to understand what these stress hormones, these endogenous glucocorticoids, are doing we cannot just think about signaling through one receptor,” McGee-Lawrence says. For older bone, she thinks mineralocorticoid receptors may be a better target.

The whole body impact they saw from their manipulation of receptors, like a higher blood pressure from deleting the glucocorticoid receptor, also is evidence of bone’s importance as an endocrine organ, she says.

In fact, the increased fat presence in the bone marrow found in osteoporosis has resulted in it also being considered a metabolic disease of the bone, much as obesity, particularly excess weight around the middle, is considered a metabolic disease. Increased fat in the bone marrow is associated with disuse, like following a spinal cord injury, a high-fat diet, taking glucocorticoids, like steroids, and aging.

While the fat is a ready energy source for bone cells, too much can hinder bone cell formation. The scientists don’t yet know whether the cells are no longer using fat well or they are pulling more in, or both; they do know fat accumulating in the bone cells coincides with less bone being made, she reiterates.

“We are trying to figure out exactly why these things are going wrong so that we can pick the right avenue to pursue for a treatment strategy,” she says.

There is a lot of evidence in people that the synthetic glucocorticoids we take via pill or injection, can impact bone, creating an unhealthy imbalance between the amount of bone made and the amount broken down.

A focus of the research at MCG has been examining the bone impact from our endogenous glucocorticoids, the ones we make, a less-explored area. For years, McGee-Lawrence and her colleagues have been studying bone-forming osteoblasts which, like most cells, don’t function optimally as we age.

But it may be that even synthetic glucocorticoids also work through these alternative receptors to damage the bone, which means trying to prevent their damage may also mean a different target, she says, noting again that the pathway may change as the person ages.