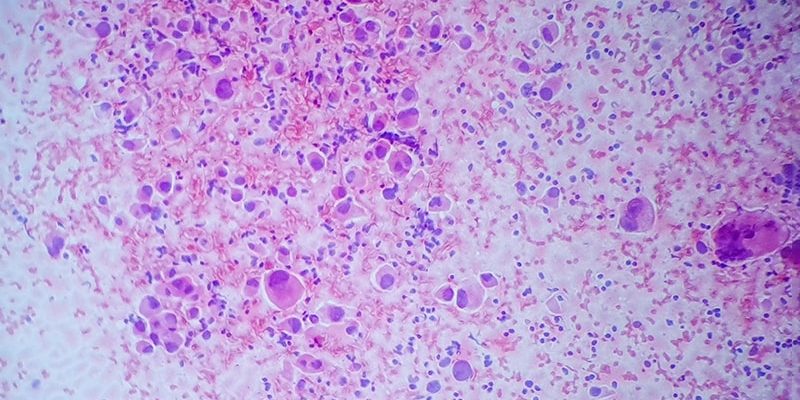 The research, published today in The New England Journal of Medicine, revealed durable anticancer activity and encouraging survival outcomes in this patient population, reporting a median progression-free survival (PFS) of 8.2 months and a median overall survival of almost 18 months.

“These results establish the new standard of care for patients with NSCLC harboring HER2 mutations,” Antonio Passaro, MD, PhD, from the European Institute of Oncology IRCCS, Milan, and Solange Peters, MD, PhD, from Lausanne University Hospital, Switzerland, write in an accompanying editorial. The findings “appear robust and potentially could extend to patients who have not previously received systemic treatment.”

About 3% of nonsquamous NSCLCs carry mutations in the HER2 gene, which are associated with female sex, never smokers, and a poor prognosis.

HER2-targeted therapies — and trastuzumab deruxtecan, in particular — have “transformed” treatment for patients with breast and gastric cancers.

Previous studies evaluating HER2-targeted therapies in patients with advanced NSCLC have largely been underwhelming. According to the editorialists, one study found that trastuzumab, alone or in combination with chemotherapy or pertuzumab, “showed uniformly negative results in HER2-overexpressing NSCLC,” and another trial reported that trastuzumab emtansine achieved a response in only 20% of patients with HER2-overexpressed advanced NSCLC.

To investigate trastuzumab deruxtecan in patients with NSCLC, the team conducted a multicenter, international study in patients with metastatic HER2-positive disease that was refractory to standard treatment.

Between May 30, 2018, and July 21, 2020, the authors enrolled and treated 91 patients. These patients had a median age of 60 years and had received a median of two prior lines of therapy, which included platinum-based therapy in 95% of patients, anti-programmed death-1 or -programmed death ligand 1 (PD-L1) treatment in 66%, and docetaxel in 20%.

The results indicate that 55% of patients had a centrally confirmed objective response to trastuzumab deruxtecan. Overall, the median duration of response was 9.3 months, and responses were observed across HER2 mutation subtypes.

The safety profile of trastuzumab deruxtecan was “generally consistent” with previous studies, with grade ≥3 drug-related adverse events seen in 46% of patients, the most common being neutropenia, in 19%.

Notably, 26% of patients experienced interstitial lung disease, which resulted in death in two patients. The drug was also withdrawn in 16 patients and interrupted in eight patients because of this adverse event.

Editorialists Passaro and Peters call this finding “a concern” and note that “the incidence of interstitial lung disease is significantly higher among patients with lung cancer than among those with breast or gastric cancers, which may indicate a role of smoking-related damage.”

The editorialists also highlight the need for an “investigation of the clinical efficacy of a reduced dose of trastuzumab deruxtecan,” which is being examined in DESTINY-Lung02.

In addition, the ongoing DESTINY-Lung04 trial will compare trastuzumab deruxtecan with pembrolizumab plus platinum-pemetrexed chemotherapy “and thus will formally evaluate whether trastuzumab deruxtecan is a more effective first-line treatment strategy than the current standard of care for patients with HER2-mutant NSCLC,” Passaro and Peters write.

The study was funded by Daiichi Sankyo and AstraZeneca. Li was supported by grants from the National Institutes of Health to the Memorial Sloan Kettering Cancer Center.