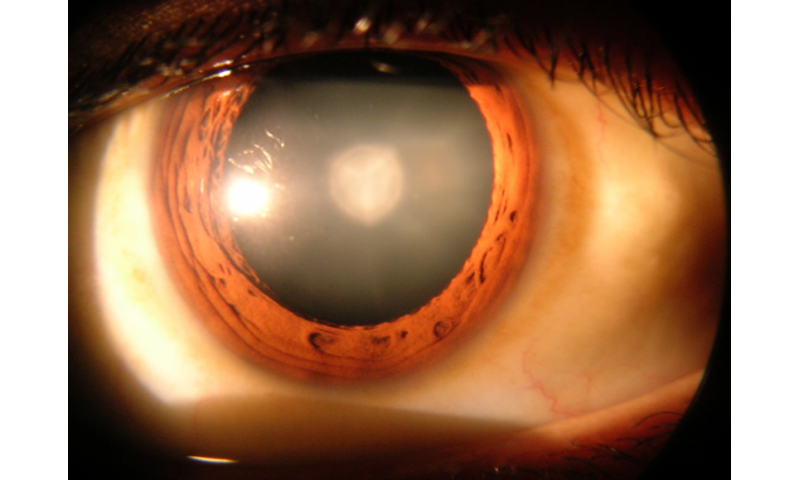 In general, surgeons who perform numerous cataract operations every year encounter relatively few severe cases, and this probably contributes to their lower complication rate, as shown by a study led from the University of Gothenburg. These results provide new knowledge in the endeavor to further improve healthcare for a large group of patients.

Cataract surgery is the most frequent surgical intervention in Sweden, carried out some 130,000 times annually. During the surgery, which takes about ten minutes, the cloudy lens in the patient’s own eye is replaced by an implanted artificial one made of plastic (“intraocular lens”).

Data from the Swedish National Cataract Register, where these operations are recorded, enabled the researchers to analyze surgical outcomes in the years 2007–2016 at an individual level—that is, for each surgeon. Although the surgeons’ identities were coded, the results provide new knowledge and understanding.

A previous study showed that surgeons who performed 500 or more cataract operations a year had the best outcomes, in terms of an established quality measure: the proportion of patients suffering the complication known as “posterior capsule rupture.” This means that a hole forms in the capsule that surrounds the old lens and is used as support for the new one.

In the current study, now published in the journal Ophthalmology, the researchers have proceeded to investigate how much case mix—that is, how many cases of a more severe nature are treated by individual surgeons—affects the outcome.

Madeleine Zetterberg, Professor of Ophthalmology at Sahlgrenska Academy, University of Gothenburg, and senior consultant at the University Hospital, is the lead and corresponding author.

Zetterberg and her fellow authors belong to the steering group for the Swedish National Cataract Register. Since data on operations and complications for each individual surgeon began to be registered in 2007, the proportion of high-volume surgeons has risen successively.

Accessible and safe for patients

“Surgeons need to be aware of how operation volumes affect outcomes. A cataract operation is mostly a routine intervention, and the complication rate is generally low. But it’s important to remember that complications do occur and they may be serious.”

Since 2015, a majority of cataract procedures in Sweden are being performed at private clinics, to which the work is outsourced by the regional authorities to meet the high level of needs. In the next study, Zetterberg will look more closely at the role of the type of clinical unit—whether under private or public management—in terms of operation volume, incidence of complications and degree of severity among the cases dealt with.