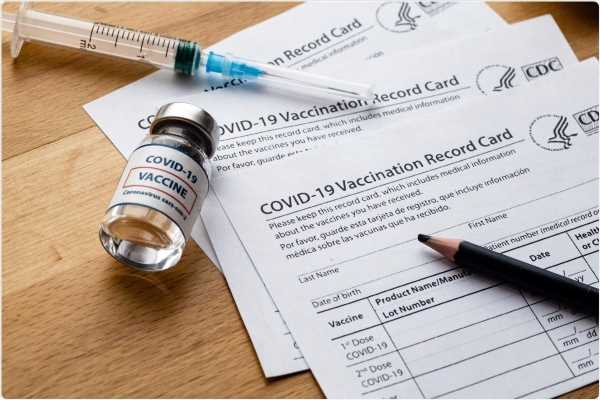 Several vaccines have been developed against the severe acute respiratory syndrome coronavirus 2 (SARS-CoV-2) to curb the ongoing coronavirus disease 2019 (COVID-19) pandemic. As of December 28, 2021, the United States Centers for Disease Control and Prevention (CDC) have reported at least 77.6% of the U.S. population over the age of five have received at least one dose of the COVID-19 vaccine.

A new research letter published in JAMA Network Open evaluates whether the estimated vaccine effectiveness changes against infection over time in an effort to help inform public health policy and clinical practices. 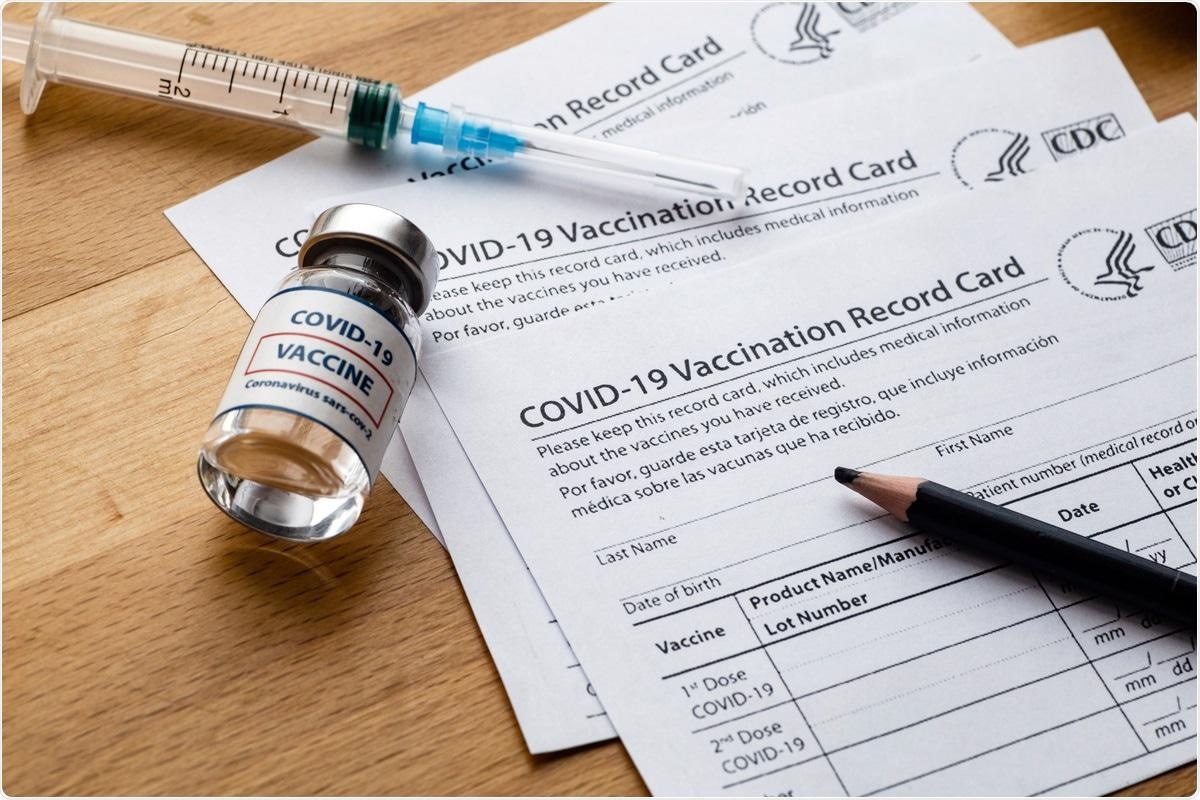 The current case-control study followed the Strengthening the Reporting of Observational Studies in Epidemiology (STROBE) reporting guideline. The study used a national SARS-CoV-2 database to evaluate unique patients who were symptomatic for SARS-CoV-2 infection.

Positive SARS-CoV-2 infections were confirmed using polymerase chain reaction (PCR) tests. Data for the study were collected from May 1, 2021, to August 7, 2021.

The study participants answered a screening questionnaire that included questions regarding COVID-19–related symptoms per CDC definition, vaccination status, number of doses, and vaccination time before collection of nasal swabs. BNT162b2 (Pfizer), mRNA-1273 (Moderna), and JNJ-78436735 (Johnson & Johnson) vaccines were used for analysis. SARS-CoV-2 negative cases were used as controls to determine the effectiveness of the vaccines. 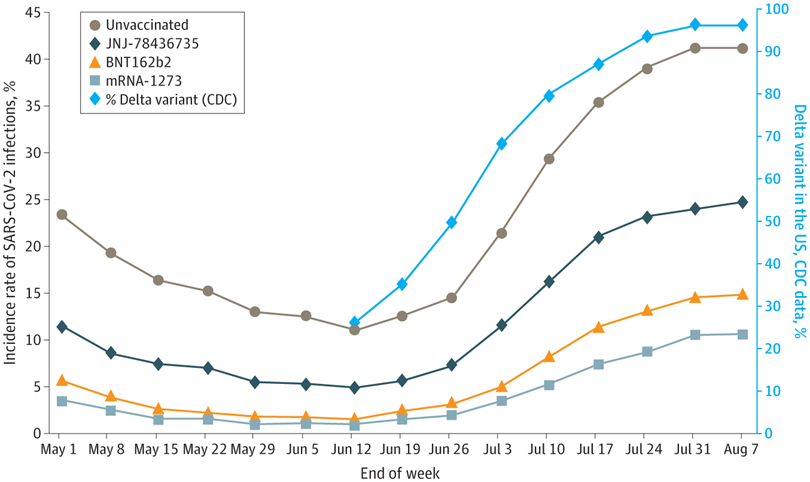 Persons had at least 1 self-reported symptom per US Centers for Disease Control and Prevention (CDC) definition (fever, shortness of breath, cough, chills, nausea or vomiting, muscle pain, sore throat, loss of taste or smell, fatigue, headache, congestion, diarrhea). Vaccinated persons included all receiving any number of doses of any of the 3 vaccines (for mRNA vaccines, 99.9% of persons reported receiving 2 doses). Data on Delta virus proportions were obtained from the CDC website.

The results indicated that out of the 1,237,097 individuals included in the study, 59.2% were women, 40.7% were men, and 0.1% were unknown. The study also involved diverse groups that included Asians, Black or African Americans, White, Hispanic, Alaska Natives, Pacific Islanders, and American Indian individuals. Of the vaccinated individuals, 27.1% received the BNT162b2 vaccine, 16.8% received the mRNA-1273 vaccine, and 4% received the JNJ-78436735 vaccine. 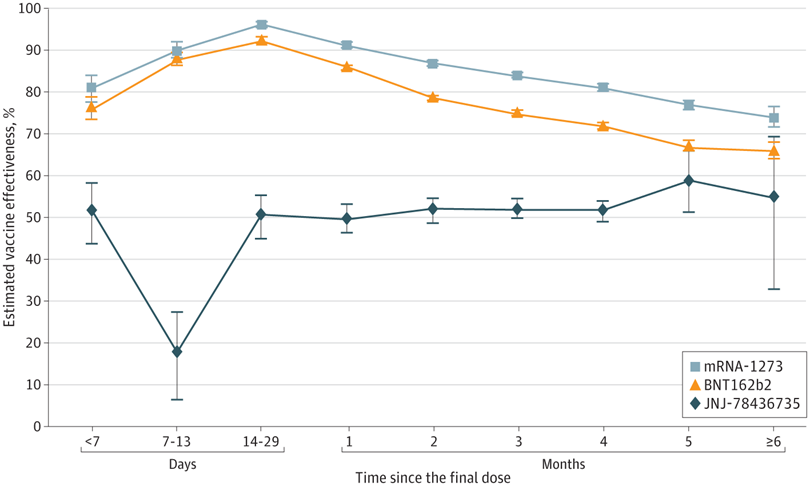 Models were adjusted for age, geographic region, and calendar month of test. Estimated vaccine effectiveness over time since the final dose was calculated as (1 − multivariable-adjusted odds ratio for infection) × 100. The final dose was defined as the only dose for JNJ-78436735 and the second dose for mRNA-1273 or BNT162b2 before August 7, 2021.

The incidence rate was observed to be 24.8% for unvaccinated individuals, 15.6% for those receiving the JNJ-78436735 vaccine, 8.6% for the BNT162b2 vaccine, and 6% for the mRNA1273 vaccine. The magnitude of SARS-CoV-2 infection was observed to be even higher for unvaccinated individuals during the prevalence of the Delta strain.

The current study had two major limitations. First, since the vaccination statuses were self-reported, there were chances of errors and missing data. Second, the data for the study were collected at retail settings, which makes it likely to represent lesser severe infections than those identified in inpatients.