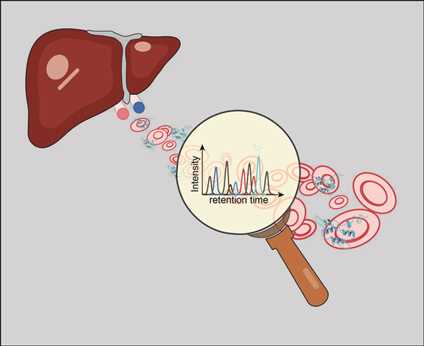 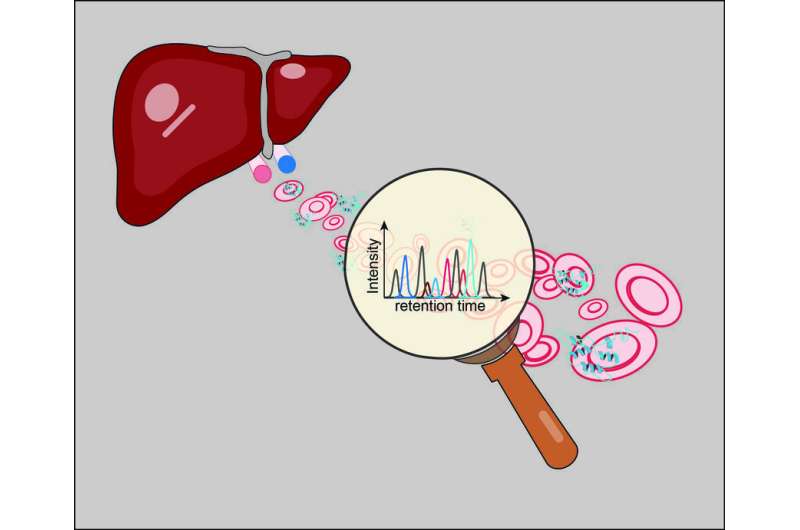 Two or three drinks every day could put your liver in danger. Using proteomics and machine learning, researchers now present a revolutionary tool to predict whether an individual has alcohol-related liver disease and if an individual patient is at risk of disease progression. In comparison to the current state-of-the-art clinical tests, this tool is non-invasive and just as accurate, if not superior. The study has been published in Nature Medicine and is a collaborative effort between the Max Planck Institute (MPI) of Biochemistry, Germany and the Novo Nordisk Foundation (NNF) Center for Protein Research (CPR) at the University of Copenhagen and the University of Southern Denmark.

A whopping 25 percent of the world’s population live with fatty liver disease, a condition caused by the storage of extra fat in the liver. In fact, two to three alcoholic beverages a day can put your liver in danger. While this does not necessarily affect your health, fatty liver does indeed put you in risk of developing severe liver diseases, such as cirrhosis, over time.

Even today, a doctor must perform a liver biopsy at a specialized clinic in order to determine your individual risk. Such a biopsy is performed by pushing a needle through your skin and into your liver to remove a tissue sample from your liver. It is necessary yet invasive, and associated with complications such as bleeding. Now, a research team led by Professor Matthias Mann at the MPI of Biochemistry and at the NNF-CPR have developed a new diagnosis tool to predict whether an individual has fatty liver disease and if a patient is at further risk of disease progression.

First author and postdoc at CPR Lili Niu explains, “Detection of different types of liver injuries is important, because it improves disease management for the patients. Because of the typically silent progression of liver diseases, there is an urgent need to implement easily accessible screening programs in at-risk populations for early diagnosis.”

In the study, the researchers were able to identify hundreds of proteins from each blood sample of the patients. The blood samples were analyzed using a mass spectrometer, a type of very advanced weighing scale, that measures molecules with extreme precision. After identifying and measuring the proteome (total of the proteins in the sample), they used machine learning to find proteins related to the presence of different forms of liver damage.

Lili Niu says, “We identified three panels of biomarkers that can detect significant fibrosis, mild inflammatory activity and any steatosis, all of which are different ways the disease can manifest itself in the tissue.” In short, these biomarkers are what the researchers were looking for in the blood samples, as they can detect any of the above-mentioned liver injuries and help predict if a patient is at risk of disease progression.

“In the end, it only took us two weeks of measurement time to analyze the samples from 596 individuals in the main cohort and another 63 in a validation cohort, and this throughput combined with the proteome depth is unprecedented,” Niu concludes.

By using a simple blood sample, the researchers were able to predict the patient’s risk of alcohol-related liver disease, which affects six percent of the general population—”with performance superior or comparable to existing state-of-the-art clinical tests,” adds Niu.

Matthias Mann, the corresponding author who leads the Proteomics and Signal Transduction group at the MPI of Biochemistry and the Clinical Proteomics Group at NNF-CPR, says, “We are interested in rolling this out as a screening tool for the general population or at-risk populations, such as alcohol over-users, for early detection of liver diseases. We will continue biomarker development with mass spectrometry-based analysis for its specificity and systematic aspects, among other advantages. Further, we want to develop other assays for other diseases as well.”

The researchers are excited about the paper’s findings, since this screening method could make potentially life-saving tests accessible to the broader community, but with no side effects for the patients. Moreover, this method can potentially be further developed to be used not only for the diagnosis of liver disease, but also for other diseases.

Clinical Professor and Chief Physician Maja Thiele, who was responsible for recruiting and investigating the 659 participants for the study together with her colleagues at Odense University Hospital and University of Southern Denmark, concludes, “With the current diagnosis tool, you have to travel to a centralized and specialized clinic to get either the liver biopsy or advanced imaging tests. With this technology, you potentially just need a tiny blood sample taken at your general practitioner.”