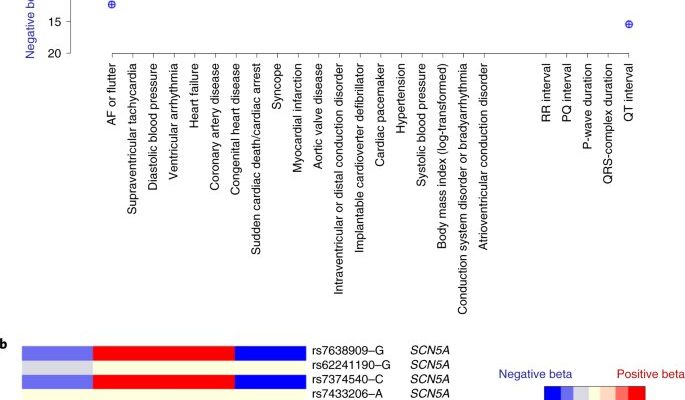 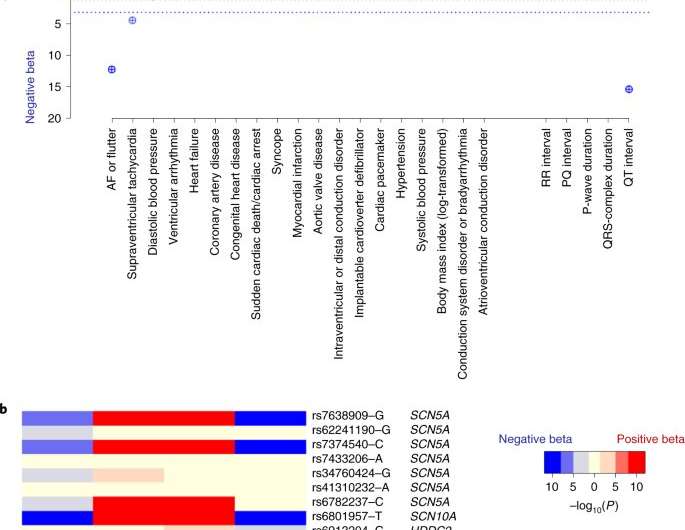 The findings expand possibilities for predictive risk scoring and provide new targets for therapeutic study, according to Alfred George, Jr., MD, chair and the Alfred Newton Richards Professor of Pharmacology and a co-author of the study.

“Prior to this work, there were only two genomic regions associated with Brugada syndrome risk that were identified by genome-wide studies. Data from the new study greatly expands this to 12 regions with a total of 21 genetic signals to better explain risk for Brugada syndrome,” George said. “The results also provide the basis for a polygenic risk score that can be used to assess risk in individuals.”

Brugada syndrome (BrS) is a genetic disorder characterized by life-threatening irregular heart beating. Approximately 20% of cases possess rare genetic variants in a gene that codes for a cardiac sodium channel that mediates the heart beat, but other proven susceptibility genes were largely unknown.

Many of these regions are located on chromosome 3, containing genes that are known to encode two sodium channels, SCN5A and SCN10A. Further, other genetic regions included several genes encoding cardiac developmental transcription factors, suggesting that modulation of these sodium channels through transcription is an important mechanism in BrS.

Investigators at Northwestern then used CRSIPR-Cas9 gene editing to knock out one important cardiac microtubule gene—MAPRE2—in human cells, finding that the gene is critical for stabilizing microtubule networks in cardiomyocytes, the cells that contract to control beating of the heart. In the absence of MAPRE2, sodium channels in cardiomyocytes are less active.

The plethora of genetic associations revealed by this study indicate that BrS has a complex origin, according to George.

“The work further supports the notion that BrS is not a simple monogenic disease, but rather a genetically complex susceptibility to cardiac arrhythmia,” George said.