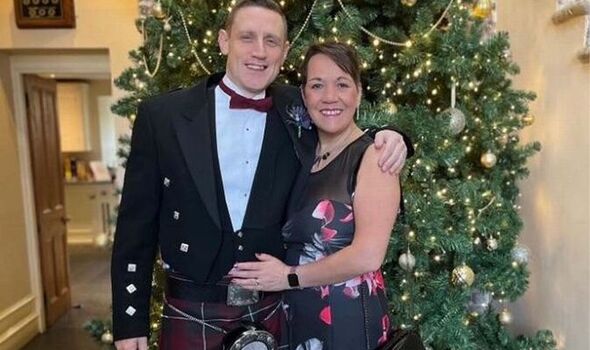 Suzanne Davies initially thought her tumour symptoms were being caused by hay fever before medics discovered a golf-ball-sized mass in her brain. The 44-year-old shared how she thought she was just tired and suffering from a pollen allergy when she began having issues with her speech and regular headaches.

According to the Daily Record, Suzanne sought help from a GP who gave her a full check-up and agreed that her condition was likely being caused by allergies or stress.

However, after her symptoms worsened over the weekend, leaving her unable to get out of bed, Suzanne contacted a second doctor who found she had lost the ability to read and sent her for an urgent brain CT scan at Aberdeen Royal Infirmary. After medics found the large mass, Suzanne underwent a gruelling surgery which saw doctors cut 95 per cent of the tumour out while she was awake on the operating table.

While her symptoms greatly reduced, the treasury assistant was sadly told her condition was terminal but has vowed to fight for her family. She said: “I thought I had fatigue because I was working and had two young children at home but then my speech began to deteriorate and I started to get headaches.

“They thought the tumour had been growing for at least a year before but I felt nothing until I started taking funny turns when I was in meetings at work. I’d just get really confused and lose my speech completely.

“But I’ve had hay fever since I was born basically and it was coming to that time of the year where you’d start getting symptoms so I thought it was that. I mentioned that to the doctor and he checked every single part of me that he could and he agreed that maybe it was that. 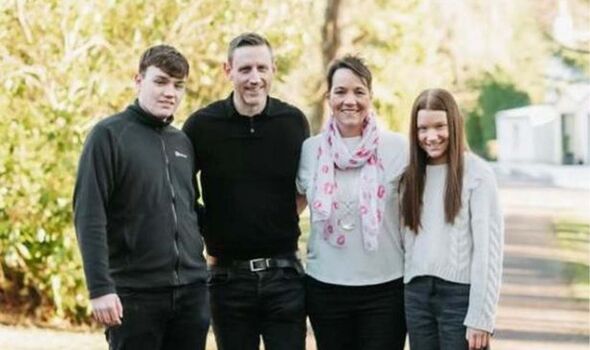 “But over the weekend, I just got worse and worse. It was absolutely horrendous to the point that I couldn’t get up because my headache was that bad. Nothing was working to take the pain away

“I called my mum and asked her to take me to the doctor. I had written all my symptoms down on my phone because my speech had got so bad. I was losing words. She asked me to try read out of a newspaper but I couldn’t get the words out so she sent me straight to the hospital.

“I said to her later on what had been happening and she said she had a pretty good idea of what was wrong with me. After the surgery, most of the problems had gone. My speech was better, and I felt almost back to normal, it was crazy.

“I didn’t want to know how long I had to live, but the consultant didn’t give me a chance to speak and just came out with the fact that I only had a year to live. It was horrible and I was in total shock. The whole family and I were broken.

“Even though I’m a very positive person, I got upset when I thought about my children, but then I thought ‘no, I’m going nowhere’.” 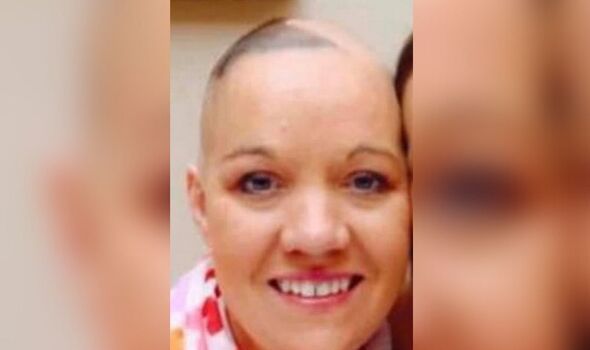 Suzanne underwent chemotherapy and radiotherapy, which resulted in her losing patches of her hair, so she decided to shave it all off. She now has an MRI scan every six months and the most recent scan in June was stable.

Suzanne has been putting collection pots in shops to help raise money for Brain Tumour Research, and she plans to do more fundraising. She added: “I get frustrated that there isn’t currently a cure for brain tumours, so more money is needed so more research can be done.

Brain tumours kill more children and adults under the age of 40 than any other cancer. Yet historically, just 1% of the national spend on cancer research has been allocated to this devastating disease.

Brain Tumour Research funds sustainable research at dedicated centres in the UK. It also campaigns for the Government and the larger cancer charities to invest more in research into brain tumours in order to speed up new treatments for patients and, ultimately, to find a cure.

Matthew Price, community development manager at Brain Tumour Research said: “It’s fantastic to hear Suzanne is doing so well. Sadly, this is not the case for many brain tumour patients, especially those with GBM. On average, just 12% of brain tumour patients survive for five years or more post-diagnosis.

“We hope to have more success stories like Suzanne’s but, in order for that to happen, the national investment for research into brain tumours needs to increase to £35 million a year by 2025.”