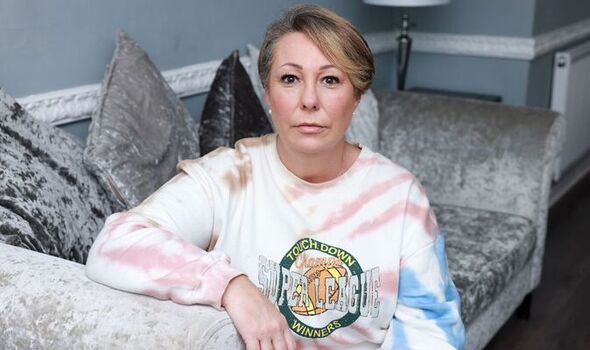 A mum who had been blaming her “weird” symptoms on long Covid was shocked when it turned out to be cancer.

Ann Gilbert had been feeling “washed out” since contracting Covid-19 last year.

However, it was not until the 49-year-old’s daughter saw her leaving the shower and spotted a lump that she got to the root of her problem.

The RAF veteran’s symptoms were affecting her to such an extent that her brother suggested she move home to Liverpool after almost 30 years away.

Ann told the ECHO: “I’ve always been somebody who’s quite sparkly and quite bubbly, and I felt a little bit, washed out is the best way to describe it.

“But with having Covid and also being menopausal, you’re at that time of life – you just think, ‘Come on, get a grip, you’ve got this’.”

Three weeks after moving into a house in Walton, Liverpool, Ann’s daughter spotted a lump on her right breast, just below her collar bone.

Ann dismissed it as “just a little lump” not worth worrying about, but her 24-year-old daughter insisted she “just please get it checked out”.

Ann had not even registered with a GP in Liverpool, but she found a “fantastic” surgery where a doctor examined the lump and referred her to Royal Liverpool Hospital.

Within minutes of the mammograms and biopsy starting, Ann “kind of knew what was happening”.

She was soon taken into a room where a member of the breast team and a Macmillan nurse told her they “suspect this isn’t good news”.

She was diagnosed with triple negative breast cancer, a fast-growing form, when her full results came back.

Ann, who worked for a pharmaceutical company, said: “The biggest thing is shock, because you hear the word ‘cancer’ and you automatically go into a tailspin.

“You automatically think a cancer diagnosis means the inevitable end of your life, or that you’re going to become extremely unwell, and it’s frightening.

As someone who’s “always been extremely active”, Ann found the news hard to process. She said: “I thought this wasn’t going to happen to me. There’s no history of breast cancer in the family. I’ve never smoked. I’m your typical, quite healthy person.” 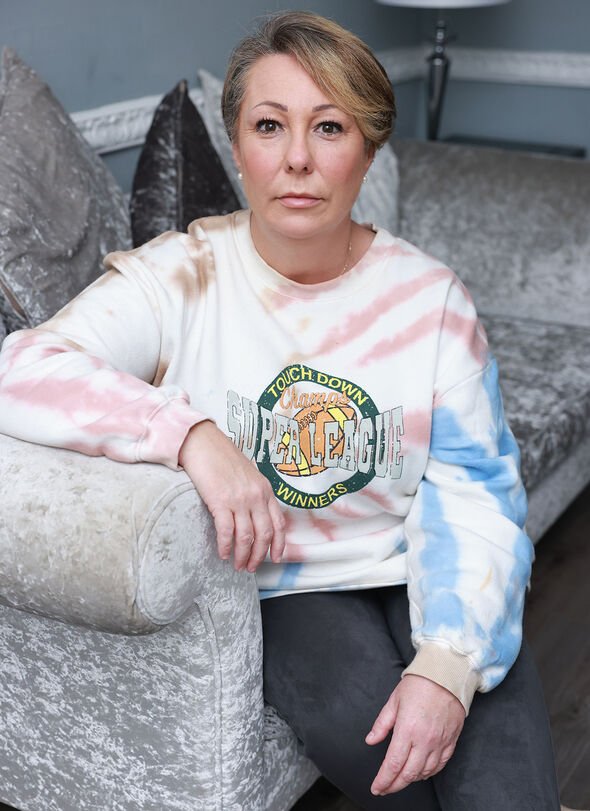 Telling her brother was “quite a trauma”, but she said breaking the news to her daughter, whose birthday was that weekend, was “possibly one of the most difficult things I’ve ever done”.

Ann said: “All she kept saying was, ‘Are you going to die mum?'”

She added: “I’m quite a resilient person, I’d like to think.

“We’re a typical Liverpudlian family, we cherish each other very much, and I didn’t want them to be really devastated.

“So the kind of conversations we had were, you know, ‘I’ve been diagnosed with breast cancer, but it’s treatable’.”

Roughly one in eight women are diagnosed with breast cancer at some point in their life, according to the NHS, with more than 55,000 people diagnosed in the UK each year, according to Cancer Research UK.

Early diagnosis is crucial to survival chances, with 100 per cent of people diagnosed in its earliest stages surviving the cancer for a year or more, falling to two thirds of those diagnosed in the latest stage of breast cancer.

Sharing her story for Breast Cancer Awareness Month this October, Ann advised people: “You should know your own body. If you’re in the shower, check your armpits, have a good feel.

“If anything doesn’t feel right, or you’re even slightly concerned, just get some professional advice on it.”

She’s undergoing a total of 20 weeks of chemotherapy, which started at Clatterbridge Cancer Centre days after her 49th birthday in August.

This will be followed with surgery and radiotherapy.

Ann said: “This wasn’t really how I planned on my last year in my 40s being. I had no control.

“It was the one thing I could hold onto as my own, you know, ‘new hair, new me’.

“If I’m going to lose my hair, it won’t look as noticeable if it’s gone short. It’s just that element of control.”

Ann is relieved to be receiving treatment in Clatterbridge’s “bright” and “pleasant” facility in the Knowledge Quarter, where she can look out at both cathedrals and “the most glorious view of our wonderful city”.

She said: “I am a very proud Liverpudlian, so just to be able to sit there, I felt like I was home.

“I felt like someone sent me home because they knew this was happening. I’m quite a spiritual person anyway, but for me to be here with my family around me, with Clatterbridge as my treatment centre, I couldn’t have asked for better timing.”

Ann feels tired, she’s struggled to sleep and “food doesn’t taste as good” as a result of the chemotherapy, but thinking about the future keeps her positive.

She said: “My daughter started a masters degree this week, so we’ve got a year before another big graduation.

“I’ve got a great niece on the way in November – I’m really excited about meeting this little one.

“I’m back in my home city for the first time in nearly 30 years.

“I’ve got lots of catching up to do, but I’m going to make a difference with my future.

“It’s really changed me fundamentally because you only get one shot, and if you’re not happy in any aspect of your life, do something about it.”

With her newfound “courage”, Ann is planning to travel and volunteer more, while also making a move from the commercial sector to working in charities.

But for now, she has many more weeks to go before she gets the all clear and can ring the bell.

She has nothing but praise for the care she’s received from the NHS, saying: “When I went for my actual diagnosis with the team, they didn’t leave anything out.

“There’s no caveat on time, you get as much time as you need.

“I didn’t feel at any point any question was a silly question. I was given so much kindness and understanding.

“The NHS is the jewel in our crown, and these people are the absolute pinnacle of it.”