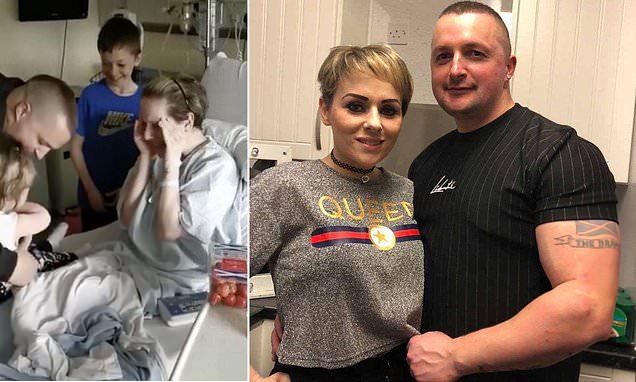 An emotional video shows a mother with ‘incurable’ cervical cancer breaking down into tears as her partner proposes to her in hospital.

Ashley Meehan, 30, was given the devastating diagnosis after she claims her GP sent her home with painkillers for agonising pain in her bladder and legs.

The mother-of-four, from Clydebank, West Dunbartonshire, had already beaten the disease and been declared cancer-free in December 2018.

But despite her history of cancer, it’s claimed she wasn’t referred for scans by her GP or A&E department where she visited twice earlier this year.

Last month, after being given the devastating blow her cancer had returned, doctors said it was ‘extremely unlikely she could be cured’.

Peter Potts, 39, proposed to Ms Meehan at her bedside this weekend by dressing their one-year-old daughter in a shirt reading, ‘Mummy will you marry daddy’. 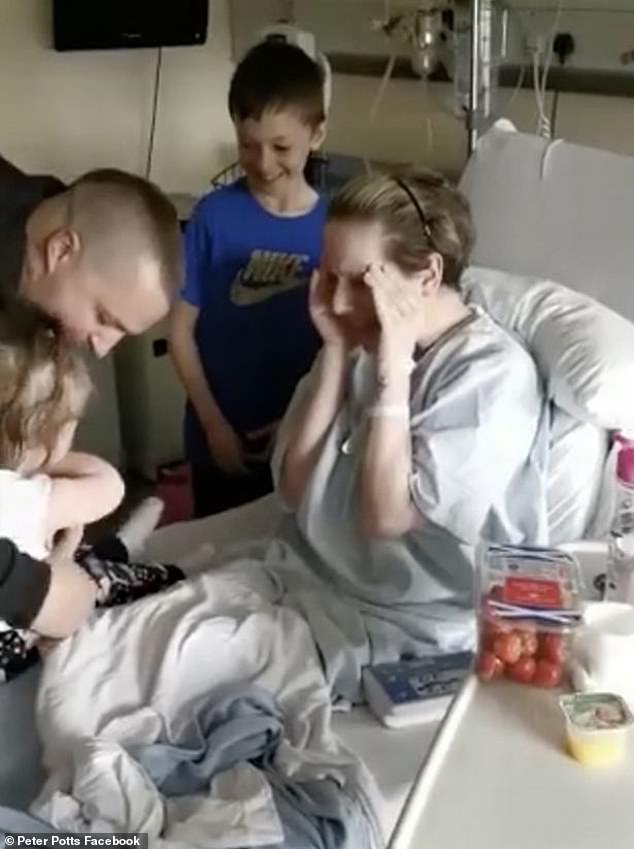 A video shows Ashley Meehan, 30, who is fighting ‘incurable’ cervical cancer, breaks down in tears as her partner, Peter Potts, 39, proposes to her in hospital 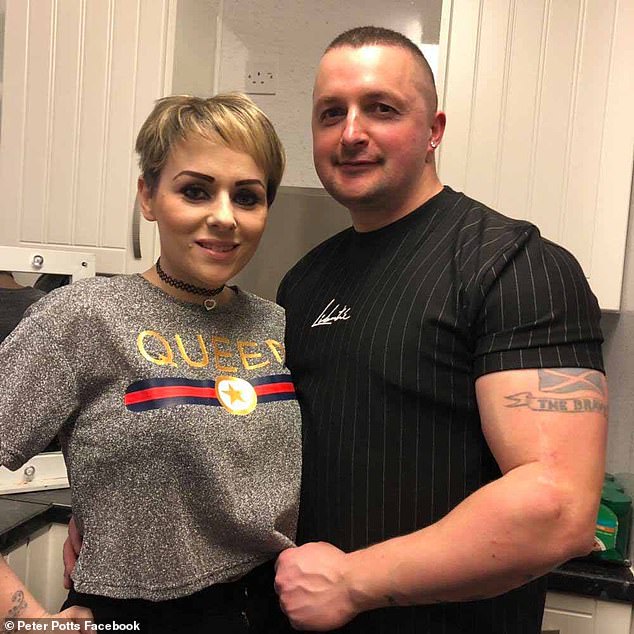 Mother-of-four Ms Meehan, pictured with Mr Potts, had already beaten the disease and been declared cancer free in December 2018. But they were given the devastating news the cancer had returned and was ‘incurable’. Pictured on an unknown date 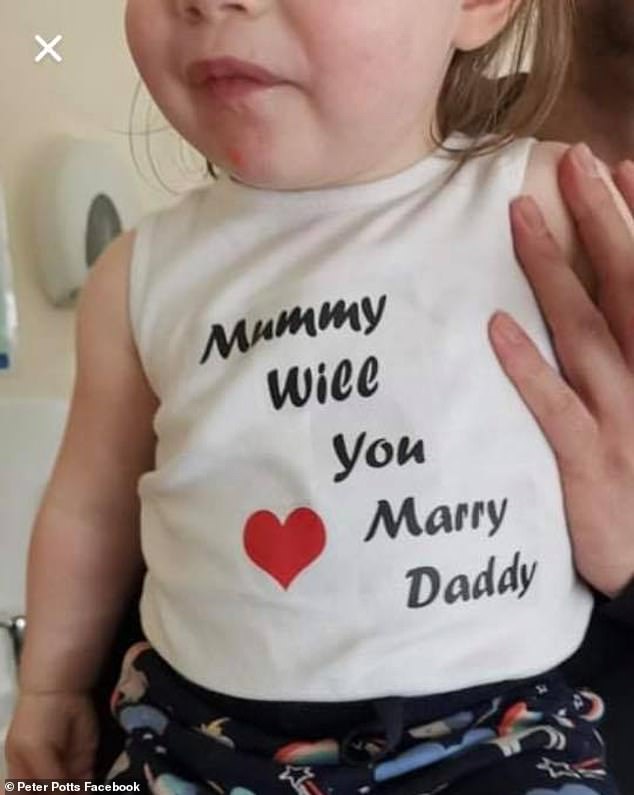 Mr Potts proposed to Ms Meehan at her bedside this weekend by dressing their one-year-old daughter, Zara, in a shirt reading, ‘Mummy will you marry daddy’

In the video posted to Facebook, Ms Meehan covered her face with her hands and wiped away tears before saying ‘yes’.

Ms Meehan, a former nursery teacher, was diagnosed with cervical cancer in May 2018, according to the Daily Record.

By December, after undergoing rounds of chemotherapy and radiotherapy, she was declared cancer-free.

A couple of months later, Ms Meehan found herself in unbearable pain and visited her GP in April.

She said the doctor at Clydebank Health Centre sent her home with painkillers, including morphine.

But when the pain became so intense she was struggling to walk, she went to the A&E unit at Glasgow’s Queen Elizabeth University Hospital.

According to Mr Potts, Ms Meehan was told the pain was nothing to worry about and normal considering the treatment she had undergone.

Concerned about the lack of acknowledgment for her pain, Ms Meehan went for a second opinion at Beatson Cancer Charity Centre in Glasgow.

It was then that she was told her cancer had returned. 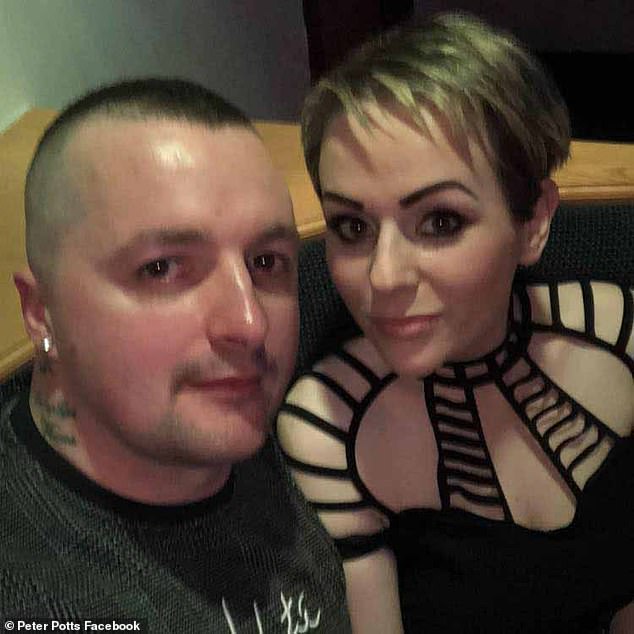 Ms Meehan claims her GP at Clydebank Health Centre sent her home with painkillers when she complained of agonising pain in her bladder and legs. She also visited A&E at Glasgow’s Queen Elizabeth University Hospital but was given no scans. Pictured with Mr Potts at an unknown date 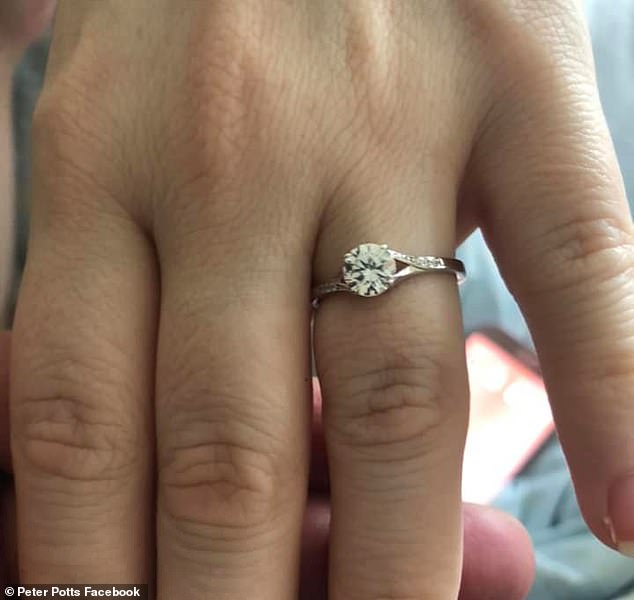 Mr Potts, who proposed to Ms Meehan after twelve years together, said his fiancée is hoping to make the most of every day she has left. Pictured, the ring 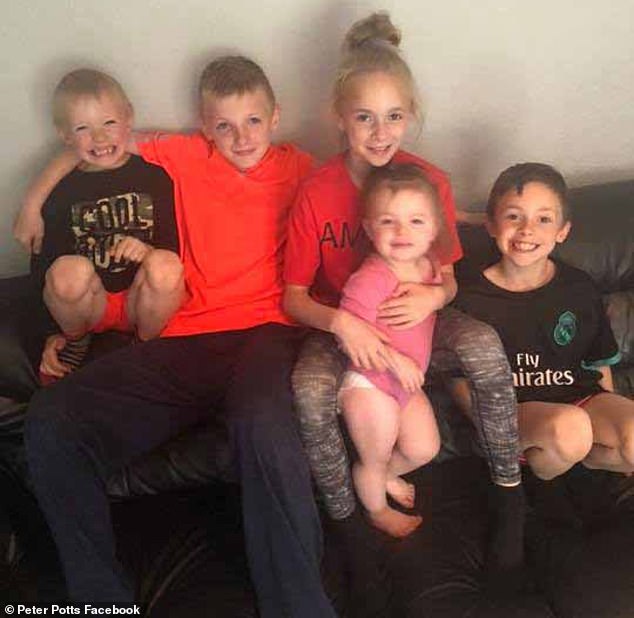 Mr Potts has quit his job in the construction industry to care for the children – Kyle, 13, Niomi, 10, Leo, eight, Justin, six and one-year-old Zara

He said: ‘When we got the second diagnosis, we were shocked but still a bit positive because Ashley had got over cancer before.

‘But then we were told it was extremely unlikely that she could be cured.’

WHAT IS CERVICAL CANCER?

Cervical cancer affects the lining of the lower part of womb.

The most common symptom is unusual bleeding, such as between periods, during sex or after the menopause, but other signs can include:

Mr Potts said they don’t know the prognosis for Ms Meehan, who is in hospital after her white blood cell count dropped and her kidneys stopped functioning properly.

He said: ‘We’re not suggesting that had this second round of cancer been caught sooner, she’s definitely be able to survive it.

‘But it’s frustrating to think that, had GPs not sent her home with painkillers, or had A&E doctors done a scan, we might have had a bit longer with Ashley.’

Mr Potts, who met Ms Meehan 12 years ago, has quit his job in the construction industry to care for the children.

He said his fiancée is hoping to make the most of every day she has left with stepson Kyle, 13, and their children Niomi, 10, Leo, eight, Justin, six and one-year-old Zara.

A spokesman from NHS GGC told the Daily Record: ‘We understand this is a very difficult time for this patient and her family.

‘We would be happy to meet Ashley to discuss her recent attendances at the emergency department and to offer an explanation about the treatment and advice given.’

A GoFundMe page has been set up to help the family, raising more than £3,000 so far.