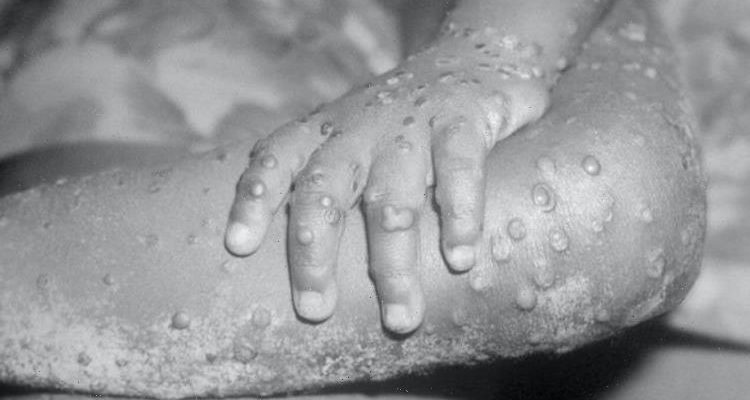 Public health officials in the US have discovered a case of monkeypox. The CDC released the news yesterday, saying a traveller from Nigeria to the US had carried the infection to Texas. They touched down in Dallas, where authorities took them to isolate in hospital.

The Texas resident is isolating in Dallas but stable, according to Dallas County Health and Human Services.

The case is not the first the US has ever seen, although the last emerged during an outbreak in 2003.

Monkeypox can spread between people in the same way as Covid or other infections, by respiratory droplets or bodily fluids.

It also takes up to two weeks to develop symptoms, which include:

As the name suggests, monkeypox infections also prompt a raised, bumpy rash over the entire body, not unlike chickenpox.

Most monkeypox infections last up to two weeks and can prove fatal.

The CDC estimates roughly one in 100 people will die of monkeypox.

The death rate is likely higher among those with compromised immune systems.

Laboratory testing showed the US case came from a strain most common in Nigeria, West Africa.

DON’T MISS
Monkeypox outbreak UK: Cases under investigation with one in hospital – INSIGHT
How is monkeypox transmitted? – EXPLAINER
Statins do more good than harm, according to risk-benefit review – ANALYSIS

The 2003 US outbreak marked the first instance where a monkeypox infection originated outside of Africa.

Scientists traced an early case to a patient and their pet prairie dog in Wisconsin and later confirmed another 36 cases across five states.

Investigators traced the outbreak to a shipment of 800 animals from Ghana.

They reported no fatalities from either confirmed or suspected cases and no human-to-human transmission.

The UK has had its own run-ins with the virus before, as recently as this year.

Public Health England (PHE) notified the World Health Organisation (WHO) to disclose one laboratory-confirmed case of the disease on May 25.

The patient had arrived in the country from work in Nigeria, Delta State, and spread their infection to a family member on May 29.

PHE isolated the patients, and they both went on to recover fully.