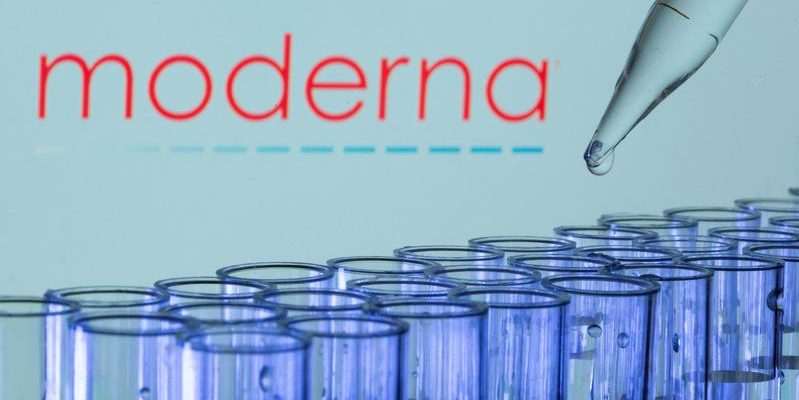 FILE PHOTO: Test tubes are seen in front of a displayed Moderna logo in this illustration taken, May 21, 2021. REUTERS/Dado Ruvic/Illustration

(Reuters) – Moderna Inc is testing potential vaccines against monkeypox in pre-clinical trials as the disease spreads in the United States and Europe.

The World Health Organization said on Tuesday there have been 131 confirmed monkeypox cases and 106 further suspected cases since the first was reported on May 7 outside the countries where it usually spreads.

Moderna did not immediately respond to a request for more details on the monkeypox vaccines.

The U.S. Centers for Disease Control and Prevention said the government was in the process of releasing doses of a smallpox vaccine Jynneos, made by Bavarian Nordic A/S, for use in monkeypox cases.