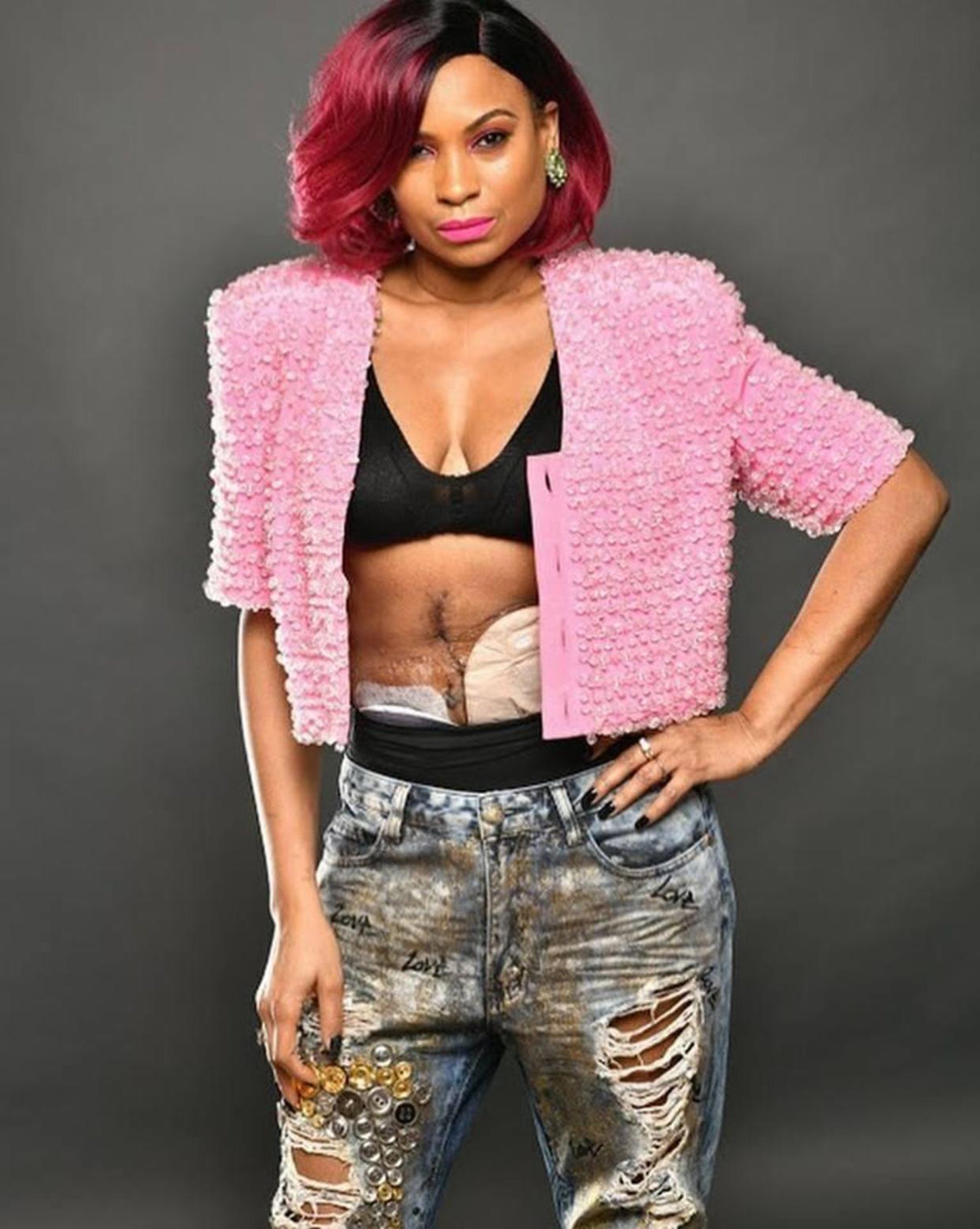 After living with two permanent ostomy bags for more than 30 years, a fashion model from Baltimore is sharing her story in hopes that people around the globe will also embrace what makes them different.

Jearlean Taylor was three when she was diagnosed with a rare vaginal cancer called Rhabdomyosarcoma, CBS News reports. Because of the severity of the illness, doctors did not expect her to survive, the outlet said.

Taylor, however, eventually beat the disease thanks to several rounds of chemotherapy, radiation, and surgeries. As a result of her successful treatments, she was forced to wear two ostomy bags — colostomy and urstomy — for the rest of her life.

The ostomy bags, which can be permanently or temporarily attached to the body as a way to reroute waste from exiting, are typically used after surgical procedures because of malfunctioning body parts, according to the United Ostomy Associations of America.

The bags, as they do in Taylor’s case, assist with the bladder and bowel functions.

RELATED: Fashion Blogger Kyrzayda Rodriguez, 40, Dies Less Than a Year After Being Diagnosed with Cancer

Instead of looking down upon the new bodily additions, Taylor, now 51, has used them to empower herself and other cancer survivors.

“I used to say, ‘Why me? Why cancer? Why ostomy bags?’” she told CBS News. “I thank God every day because he is showing me ‘Why not me?’”

“DON’T tell me what you can’t do! I thought I couldn’t do this or that. I thought my passions of modeling would not happen. I thought, I thought. We often think without BELIEVING,” she wrote on Instagram. “I am showing you that dreams come true, to have faith, don’t allow your circumstances to dictate your future.”

“My desire is to show others, especially in the ostomy community we can be, do and live,” she told CBS News. “We don’t have to be defined by our circumstances. I encourage others to live your life on purpose … with a purpose … for a purpose.”

Taylor’s outlook on the ostomy bags wasn’t always so positive. Growing up, the model told CBS News that she felt self-conscious about them and was often teased and embarrassed for being “different” than the other kids at school.

She even recalled a particular humiliating instance from her middle school days where her bag burst on the bus. “The entire bus smelled awful,” Taylor told the outlet. “That day, I could have ripped those bags off me.”

It wasn’t until a modeling scout noticed her at a mall one day that her outlook and confidence completely changed.

Though Taylor admitted to the outlet that she had never considered modeling and was hesitant due to her ostomy bags, the opportunity gave her a chance to focus on herself and her talents without hiding the bags in fear of acceptance.

“It allowed me to not be afraid of following my passions,” Taylor told CBS News. “I was able to take the focus off of my bags and concentrate on my talent as a model.”

In the years that followed, Taylor has been featured in dozens of magazines, newspapers, billboards, and fashion shows.

In addition to her modeling career, Taylor has also extended her reach into the publication world, penning a personal memoir in 2013 called Pretty Girl Blues, and has plans to co-produce a mini-documentary called “Pieces of Me.”

Her power story comes amid the tragic news of 10-year-old Seven Bridges of Kentucky who allegedly died by suicide after being constantly bullied over his colostomy bag.

Like Taylor, Seven underwent several surgeries that included the insertion of a colostomy bag. When he grew older, it was removed but he continued to have difficulties when waste would leak. Children at his school allegedly taunted Seven due to the smell that came from his bowel condition.