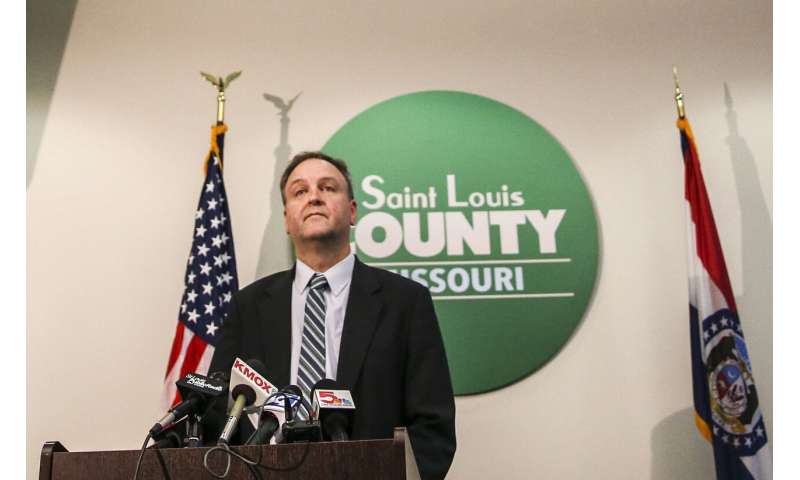 The 20-something college student didn’t know she had the new coronavirus as she flew home from a study abroad program in Italy, landing at one of the nation’s busiest airports. She took a train to a St. Louis station shared by Amtrak and the Greyhound bus service. Her father, who was exposed to her but shows no signs of illness, went to a coffee shop and took another daughter to a father-daughter dance at a hotel and a house party.

The response triggered from transit to schools to workplaces by the possibility that hundreds of people were potentially exposed to COVID-19 by just one family explains why it is generating so much fear; schools are closing, athletes are participating in sporting events at empty arenas, and the stock market has bottomed out.

For most, the virus causes only mild or moderate symptoms, such as fever and a cough. For some, especially older adults and people with existing health problems, it can cause more severe illness, including pneumonia.

The vast majority of people recover.

According to the World Health Organization, people with mild illness get better in about two weeks, while those with more severe illness may take three to six weeks to recover. In mainland China, where the virus first exploded, more than 80,000 people have been diagnosed and more than 58,000 have so far recovered.

The young woman, an Indiana University student from St. Louis County, had been in Italy, which has been hit hard by the virus. She landed March 2 at O’Hare International Airport in Chicago, through which more than 230,000 travelers pass daily.

After staying with a friend, the young woman took an Amtrak train to St. Louis on Wednesday. A city spokesman said it’s unclear how many people she would have come in contact with at the Gateway Transportation Center, but another Amtrak train would have passed through at roughly the same time, and the hub also serves Greyhound bus passengers.

Amtrak spokesman Marc Magliari said about 169 customers who purchased tickets for the same train—Amtrak 303—have been contacted about the patient’s test result and encouraged to monitor their health.

Amtrak canceled one round-trip on the Chicago to St. Louis route on Sunday. The train had returned to normal service by Monday, and the stations in Chicago and St. Louis were being cleaned.

St. Louis County spokesman Doug Moore said the young woman contacted the St. Louis County Health Department on Thursday to say she was feeling ill. She apparently stayed home and avoided contact with anyone until she was instructed to go to Mercy Hospital for testing on Friday. Meanwhile, County Executive Sam Page said, her family was told to self-quarantine at their home in Ladue.

Officials said earlier Monday that the woman’s father apparently failed to heed the self-quarantine warning, going to a coffee shop on his own and to a house party and a school dance with another daughter.

County officials said the father and the younger daughter on Saturday night attended a father-daughter dance for students at Villa Duchesne and Oak Hill School, private Catholic schools that share a campus with a combined 431 students. It’s unclear how many people attended but it would have included students, parents, staff and workers.

An attorney for the family, Neil Bruntrager, told The St. Louis Post-Dispatch that the family was not told to quarantine themselves up until the diagnosis was confirmed Saturday.

Page responded Monday that county health officials used the same protocol they have used for years when working with people with communicable diseases. He said he was “disappointed” the family didn’t understand or receive those instructions but that it was time for everyone to learn lessons from this first coronavirus case and move on.

Page noted that the family has been criticized on social media, and now police are patrolling their neighborhood. He said “there has been a bit of panic” surrounding this case and the family now clearly understands the protocol they should follow.

The Ritz-Carlton Hotel in Clayton, which hosted the dance, said in a statement it was undertaking “enhanced cleaning of hotel areas where the event was hosted.”

Villa, an all-girls school for seventh- to 12th-graders, and Oak Hill, which serves coed preschoolers through sixth-graders, advised students and parents who attended the dance to be attentive to symptoms. The schools will remain closed this week and through next week’s spring break.

The father and daughter also went to a party at the home of a family whose children attend Villa and another private school, John Burroughs. Andy Abbott, the head of John Burroughs, said in a note to parents that a “handful” of Burroughs seniors later went to the home and that they won’t be allowed to return to school for two weeks, even though they had no direct exposure.

County and state health officials have not said where else the family went when they were supposed to be quarantined, but workers at Deer Creek Coffee in Ladue called health officials and started cleaning after the family called to say that the father had been there Saturday morning.

“Disinfectant and bleach, a thorough cleaning,” Kent McCarty, owner of Deer Creek Coffee, told the St. Louis Post-Dispatch. “There is no cleaner surface right now than at Deer Creek Coffee. I can promise you that.”