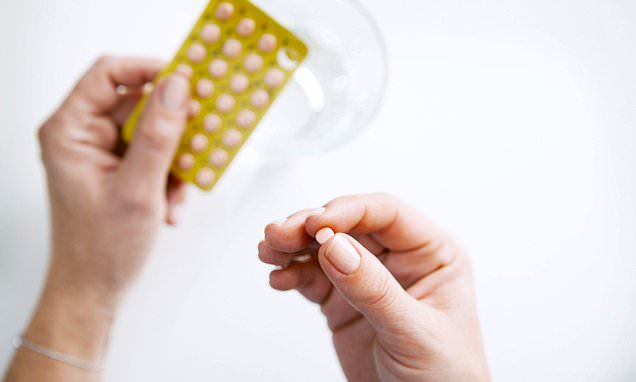 Hormone replacement therapy helps to relieve symptoms of the menopause, such as hot flushes, night sweats and mood swings.

Experts have debated the pro and cons of HRT for years, with some studies having warned that it may lead to heart disease.

But now a study has dismissed the fears, ruling that women taking the drugs are not more likely to develop the killer condition.

South Korean researchers say the benefits of HRT — usually given in tablets, gels and patches — typically outweigh the risks.

Menopause is when a woman stops having periods naturally and is no longer able to get pregnant naturally.

It is a normal part of ageing and usually happens between the ages of 45 and 55 when a woman’s levels of the sex hormone oestrogen drop.

Women are advised to see their GP if their symptoms are difficult to manage.

Treatments doctors can provide include hormone replacement therapy, such as tablets, skin patches and gels that replace oestrogen.

Menopause occurs when a woman stops having periods, so is no longer able to get pregnant naturally.

Their health records were then compared to a group of 50,000 women who weren’t taking the drugs.

But the team, whose findings were published in the journal Menopause, concluded there was no significant risk.

Writing in the paper, experts said: ‘Hormone therapy is the most effective treatment for menopausal symptoms.

‘[However] menopausal women hesitate to start MHT due to concerns about adverse events.’

They added: ‘Our results may contribute to reducing the current concerns about the use of hormone therapy.’

She added: ‘These results are consistent with our current understanding of the risks and benefits of hormone therapy.

‘The benefits typically outweigh the risks for women who initiate HRT aged younger than 60 years and within 10 years of menopause onset.’

It comes days after a study this week also ruled that the drugs don’t increase the risk of dementia, dismissing another fear.