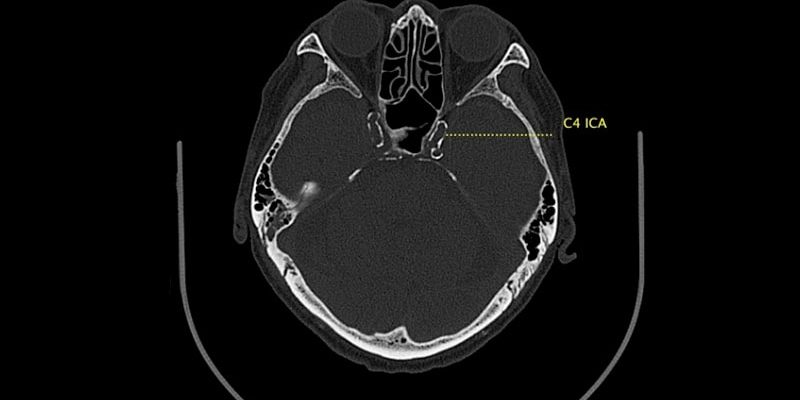 The advisory, which is endorsed by the American Heart Association/American Stroke Association, Neurocritical Care Society, and Society of Vascular and Interventional Neurology, recommends treatment using antiplatelet drugs and statins as well as lifestyle changes for these patients and advises against the use of angioplasty with stenting.

The practice advisory document was published online March 21 in the journal Neurology.

“Intracranial atherosclerosis is thought to be the most common cause of stroke worldwide and has a very high risk of recurrent stroke,” lead author Tanya Turan, MD, Medical University of South Carolina in Charleston, told Medscape Medical News.

“While ICAS was previously relatively understudied compared to other causes of stroke, more research has evaluated treatments for ICAS in the past few decades and there is now sufficient data to inform practice recommendations and guidelines,” she added. “It is critically important that healthcare providers look for ICAS as a cause of stroke and control the patient’s vascular risk factors.”

Turan noted that medical/lifestyle management and placing a stent have been the two approaches developed for preventing a second stroke for patients who have had a first stroke due to ICAS. “Reviewing all of the evidence that has accumulated over the last two decades, we found that the research shows that medical management is more beneficial for people as an initial treatment, and having a stent placed should not be the first option of care for most people,” she said.

The main recommendations for patients who have had a first stroke as a result of ICAS for long-term prevention of recurrent stroke and death are:

In addition, it suggests that angioplasty alone or indirect bypass for stroke prevention in patients with sICAS should not be undertaken routinely outside clinical trials.

It also advises against the use of direct bypass for stroke prevention in patients with sICAS.

The advisory document notes that there is no diagnostic gold standard for diagnosing sICAS and various non-invasive and invasive techniques (magnetic resonance angiography, CT angiography, transcranial Doppler, and catheter cerebral angiography) are used with varying sensitivity and specificity.

“It is important to identify sICAS as the etiology of stroke to optimize secondary prevention strategies. Expeditious evaluation is reasonable as the highest risk of recurrent stroke is soon after the incident event,” it states.

Addressing this, Turan explained that the blood pressure target differs for symptomatic ICAS slightly from other causes of stroke “because there is concern that if the pressure is too low, the blood flow might not reach the brain as robustly if there is narrowing of the artery, and there is limited data on the safety or benefit of blood pressure targets below 140 mm Hg.”

“The AHA Stroke Prevention Guidelines published in 2021 provide the most updated recommendations for blood pressure targets in patients with stroke and also recommends a systolic target of less than 140 mm Hg for patients with symptomatic ICAS,” she added.

Uncertainty on Other Treatments

On other possible treatments, the advisory document says there is insufficient evidence to support or refute the effectiveness of warfarin or low-molecular- weight heparin, as compared with aspirin, in reducing the recurrent risk of stroke or death in patients with ICAS.  It is likely that warfarin, as compared with aspirin, increases the risk of major hemorrhage, it adds.

The authors say they could not achieve consensus on a recommendation for bilateral arm ischemic preconditioning. They note that two randomized trials suggested that five cycles of bilateral arm ischemic preconditioning twice daily may reduce the risk of recurrent stroke and death, but these were small Chinese unblinded studies and the device does not have approval for use in the United States, limiting its application.

Endovascular and Surgical Therapy Not Recommended

On their recommendations against the use of endovascular and surgical procedures, the authors report that several randomized trials have shown no benefit of percutaneous transluminal angioplasty plus stenting (with either self-expanding or balloon-mounted stents) over medical therapy. Three randomized trials have shown a higher rate of periprocedural cerebrovascular events and death from angioplasty plus stenting and no benefit of stroke prevention during follow-up compared with medical therapy in patients with sICAS.

They say that, in light of safety issues related to angioplasty plus stenting, balloon angioplasty alone (without placement of an intracranial stent) has been considered a possible alternative for endovascular therapy, but no randomized trials have compared angioplasty alone with medical therapy for stroke prevention in patients with sICAS.

Tulan added: “While there is some preliminary data showing that gentle angioplasty alone may be promising, the procedure has not been compared to medical treatment in a large multicenter randomized trial and needs to be studied further.”

On their recommendation against use of surgical approaches (direct or indirect bypass), the authors note that one randomized trial of direct surgical bypass in patients with sICAS has been conducted and found that the procedure was not associated with a decrease in recurrent stroke and death as compared with medical therapy alone. For subgroups with severe middle cerebral artery stenosis, there was an increased risk of recurrent stroke or death with direct bypass.

For patients with posterior circulation vertebral artery disease, a single-center case series reported that surgical revascularization decreased recurrent stroke and death as compared with medical therapy alone, but no randomized trials have been performed and the procedure is considered investigational.

They report that indirect bypass is an emerging investigational surgery, but a small initial study of indirect revascularization without standardized medical management showed a high rate of recurrent stroke in patients with sICAS. Some nonrandomized studies have suggested that there may be benefit of this procedure when applied with standardized medical treatment, but well-designed randomized trials have not been completed.

This practice advisory was developed with financial support from the American Academy of Neurology.