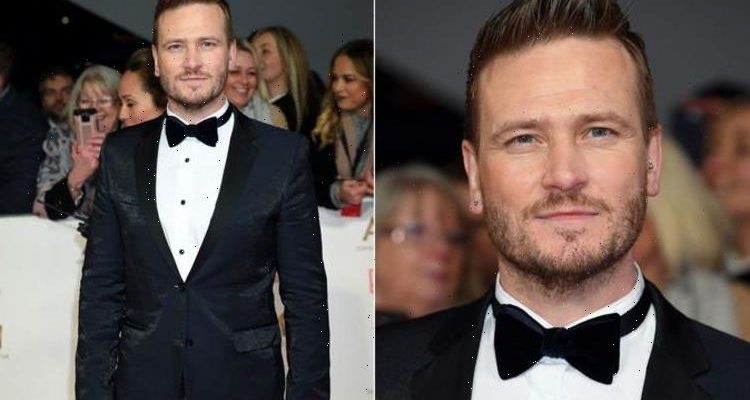 While mostly known for his role in Emmerdale, the 41-year-old has also taken part in Hollyoaks spin-off, Let Loose, and had a one-off part in drama The Courtroom. David Metcalfe’s rise to stardom, however, was no easy feat.

Speaking of his plight, the star said: “I suffered with depression from the age of 23 to 31.

“There were various things going on in my life when I was 23 and that’s why I ended up going to the doctors.

“The first time the doctor did was to give me a prescription for antidepressants. He didn’t suggest that I go to talk to someone.

“Once you’re on antidepressants it’s very hard to come off them. It’s almost like a bandage. It’s like masking the fact that you’ve got depression.”

The star noticed a dip in his mood after undergoing an operation for his back injury, which left him bedridden and feeling hopeless.

“I got lower and lower and lower,” the star added. “I had to quit my job. I was in the West End working as a dancer at the time. I had to take a sabbatical from that. I was on antidepressants for eight years.”

Eventually, the star decided to wean himself off the drugs and use talking therapy to help him deal with his underlying issue.

Matthew said he stopped taking antidepressants after receiving the professional he needed.

Depression is the leading cause of disability worldwide, with around one in five UK adults believed to be affected by the condition.

Clinical depression is a medical disorder that lingers for longer than two consecutive weeks, and significantly interferes with one’s day to day life.

The condition can have many symptoms, including a low mood, a loss of interest in hobbies and changes in appetite.

The symptoms of depression, however, are not just behavioural; the condition also has physical manifestations inside the brain.

Some perceptible changes include changes in the size of the brain’s frontal lobe and the volume of the hippocampus.

On a microscopic scale, the condition is associated with the depletion of neurotransmitters, notably serotonin, norepinephrine and dopamine.

Although neuroscientists do no yet understand the exact cause of depression, they believe it results from a complex interaction between genes and environment.

According to the National Institute of Mental Health, it takes the average person suffering with a mental illness over 10 years to seek help.

The NHS said: “Symptoms for depression can be complex and vary widely between people. If you’re depressed, you feel sad, hopeless and lose interest in things you used to enjoy.

“Symptoms can persist for weeks or months and are bad enough to interfere with your work, social life and family life.”

Symptoms of the condition include:

Effective treatments for depression exist; medications and therapy compliment each other to boost brain chemicals, while more extreme treatments include electroconvulsive therapy, which is a controlled seizure in the patient’s brain.

If you are going through a difficult time and need someone to talk to, you can call the Samaritans on 116 123.