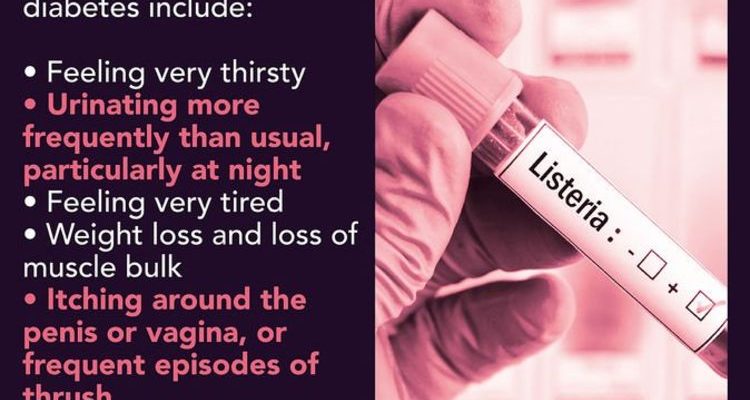 Originating the role of one of the formidable chasers on ITV in the UK, the star has gone on to appear on both the US and Australian versions of the show. However, it was off screen that the star found himself battling a diagnosis of type 2 diabetes. One of the 4.9 million people in the UK diagnosed with the disease, Mark went on to describe the “sin” in his lifestyle that led to his diagnosis.

Talking to Express.co.uk at the end of last year, Mark said: “I don’t drink, I don’t smoke, I don’t do drugs, gamble, God knows, there’s no loose woman in my life. My sin was chocolate and sweets.

“I’ve always had a ridiculous amount of sugar, so my view was I’ve done the crime so it’s time to do the time.”

Although almost expecting his diagnosis, Mark admitted that he had never suffered from a “diabetic episode”, and was only diagnosed after having problems with his lower legs.

The star explained: “My lower legs, the skin bruised very easily when I was playing football.

“But other than that, I never suffered from any sugar highs or lows.”

According to Medical News Today when blood glucose remains permanently high, it impairs the function of white blood cells.

White blood cells are central to the role of the immune system and when unable to function correctly, the body is less able to fight bacteria and close wounds. Therefore, those with uncontrolled diabetes may never heal from injuries or wounds.

This can happen on the smallest of wounds, cuts or grazes yet the risk of infection is just as great. If an individual develops an infection, it can spread to tissues and bone; if left untreated, this can be fatal.

A blood test later, Mark was given the diagnosis from a nurse, which then immediately sparked him to change his unhealthy habits.

Having to look after a “hyperactive four-year-old” during lockdown also helped Mark lose weight, helping him to tackle his diabetes diagnosis.

He continued to say: “It almost killed me because 24/7 looking after a hyperactive four-year-old, I can see why people have children in their 20s and 30s.

“That’s one of the reasons the weight fell off then because I just didn’t have time to eat.

“I drink a lot more fluid than I used to and I think it kind of helps [with weight loss] without going into too much graphic detail,” he added.

Losing a whopping 10 stone, Mark confessed that his biggest hurdle was quitting sugar, which he always craved after a main meal.

“The biggest problem was the 20 minutes after the main course because I’ve always had a pudding or a sweet, so the craving was there.

“The one thing I did find is that sugar is almost its own appetite type of thing. If you did have sugar, you wanted more an hour later.

“I like grapes, those are my thing. What I try to do is berries, so raspberries, strawberries, and blueberries. My boy loves them so that works quite nicely.”

Controlling his diet is only one half of the fight against diabetes. Mark himself went on to say that he still has a “fair bit to go”. He added: “Now when I do my diabetes check, I’m in the red zone still for the weight and the BMI [body mass index]. But everything else is in the amber or the green, so I’m fairly healthy.”

How do I know if I have diabetes?

Diabetes, either type 1 or type 2, can be extremely serious. The condition occurs when your pancreas cannot make enough insulin, meaning your blood sugar levels keep rising.

However, according to The Mayo Clinic the most common signs and symptoms of diabetes in general include the following: