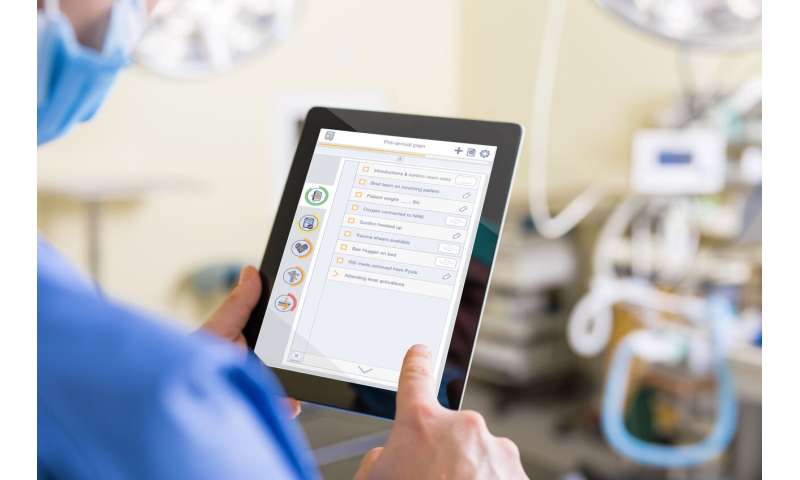 In hospital trauma centers, where life-or-death decisions are made in seconds, fractions of a second it takes even the best doctors to remember “what’s next?” could be pivotal. With the goal of saving time and lives, Drexel University researchers have been working with doctors from Children’s National Medical Center in Washington, D.C. to create and implement the first digital procedural checklist for trauma centers.

Over the last dozen years, the humble checklist has emerged as a valuable tool in medical settings. A seminal study at Johns Hopkins in 2013 showed that using a simple checklist—with basic reminders about proper hand-washing, sterilization of instruments and procedures to avoid contamination—dramatically reduced infection rates associated with a common intravenous insertion procedure in intensive care units. Similar lists are now common in health care, both as a cognitive aid and as an entry point for electronic health record-keeping.

Due to their dynamic and often chaotic environment, trauma centers are prime candidates for using this type of tool, which can support team performance—but for the same reasons, implementing one is quite challenging.

In a paper recently presented at the international Conference on Human Factors in Computing Systems in Scotland, Leah Kulp, a Ph.D. candidate and Aleksandra Sarcevic, Ph.D., an associate professor, both in Drexel’s College of Computing & Informatics, laid out nearly a decade of research, design, development and testing that produced the first tablet-based digital checklist for trauma centers—and presented their extensive research showing that it can help doctors to stay on track and record valuable data without slowing trauma resuscitation process.

“While it might seem intuitive that intense and dynamic setting of a trauma center could benefit from having a cognitive aid and a better way to record everything that’s going on, introducing new technology can actually be a setback at first—and that’s something doctors in trauma centers just can’t afford,” Sarcevic said. “Finding that our digital checklist did not have an adverse effect on the trauma teams’ performance is an important indicator of success for our process of design and implementation.”

First, do no harm.

With the development of digital checklist as their ultimate goal, the researchers embarked on a years-long journey of collaborative design and testing to smooth out any snags that might hamper the performance of trauma teams.

Sarcevic first participated in the development of the checklist in paper form alongside co-author Randall Burd, MD, and his collaborators at Children’s National. After nearly a year of revisions, the group settled on a list that included some 55 tasks, from steps to prepare for the arrival of a patient, to standard observations and checking vital signs, to more advanced examinations and tests.

Over the next three years the Drexel team observed the doctors as they began to use it in trauma settings.

To date, the Drexel team had analyzed 800 cases in which trauma team leaders had used the paper checklist. Through that analysis, which included reviewing video of trauma procedures and interviewing trauma team members, the group teased out the essential elements of the list and began translating them into digital form. 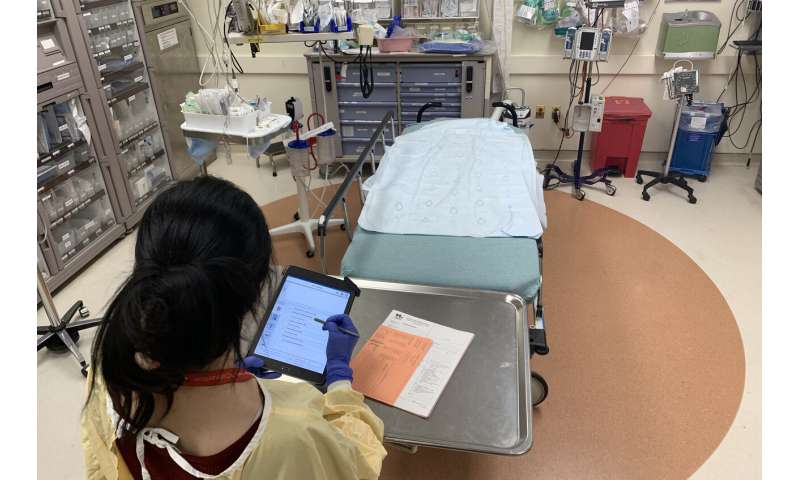 Sarcevic’s team used its findings from testing the paper checklist to narrow the list down to the most crucial tests and procedures, and sequence them in an intuitive order, while also accounting for the important eccentricities that worked their way into how the checklist was used.

Features of the digital checklist include:

Working with 11 medical experts, the team ran usability studies and preliminary tests with researchers taking notes alongside physicians as they were introduced to the tablet-based list.

“The way we did it was to make a prototype and shadow teams in real clinical events. We got feedback on what parts are clunky, what team leaders wanted to see, and the Drexel team worked out how to visualize it—right down to font size and color,” Burd said. “They sorted out a lot of those things before we put it in the hands of people in the trauma center.”

The group went through 10 major design updates and more than a dozen smaller changes before finalizing the checklist for full-scale testing.

“It was exciting to see our work being used in real trauma settings and to get input from the team leaders who were the first ones to use it,” Kulp said. “Listening to the doctors and understanding how they used the list both to take notes and to keep things in order really helped us to make informed design changes over time.”

Once they were ready to deploy the tablets, Sarcevic’s group conducted training sessions with each physician leader and gave them the option of using either the paper or digital list. 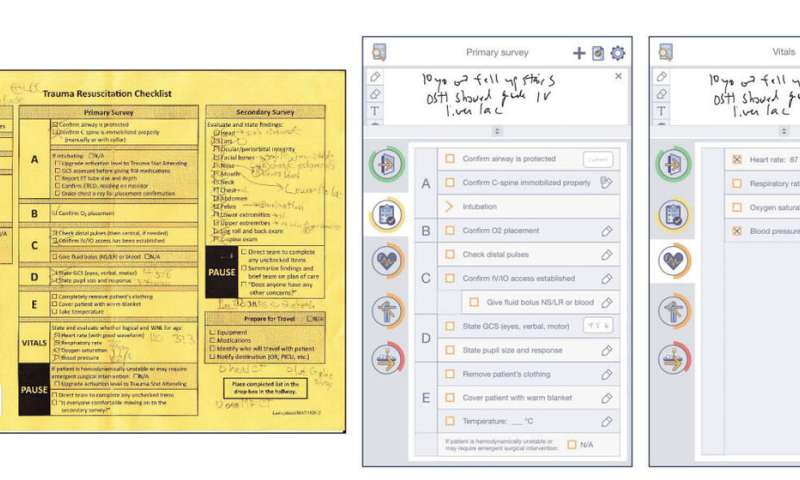 Over 15 months, the team conducted interviews, gathered an analyzed video from 94 trauma resuscitations—47 conducted with team leaders using a paper list and 47 with team leaders using the digital list. They looked closely at the 18 most critical tasks in making a trauma assessment—tests like checking for blocked airway, breathing, and pulse—known as the Advance Trauma Life Support protocol, that are performed in nearly all trauma cases.

“Any checklist used in a medical setting should help physicians get through a basic set of tasks that almost always need to be performed,” Sarcevic said. “Our metrics for the trauma checklist looked at how often the teams got through all 18 tasks, how long it took them to initiate the tasks and how often they completed the checklist.”

“We consider this a success for the digital checklist, because our results show that it did not slow trauma resuscitation time, and it even boosted compliance with the critical tasks.” Sarcevic said. “But in addition to its function as cognitive aid, the checklist is able to capture a great deal of data from procedures that are often so complex and chaotic that it’s difficult to record information in real-time.”

The most compelling indicator of the list’s success is that trauma teams at Children’s National are still using it.

“I thought we’d have trouble in the beginning, but we did it and it went smoothly—credit to a lot of the work Drexel did to ensure that,” Burd said “People used the checklist during the study and still use it now. It’s fully deployed and if we took it away now I think a lot of people would be upset.”

Burd and Sarcevic are now expanding the scope of their research to take a broader look at the functions of a trauma team. Using video, image capture and sensors, in addition to data recorded on the tablets, they will look for other ways to integrate guidance and support systems in hopes of improving trauma outcomes.