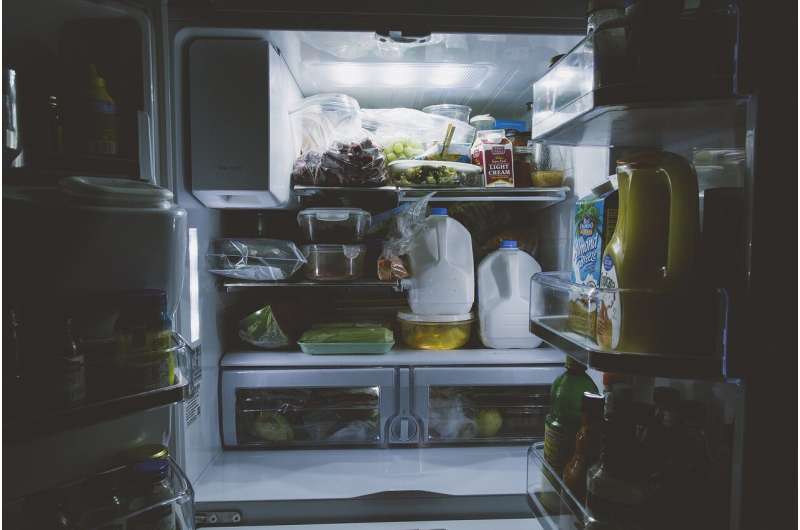 More than half the people in the U.K. say that their health has been negatively affected by the rising cost of living, according to a YouGov poll. Rising energy and food prices can certainly harm people’s health in many ways—but there’s one way that hasn’t been much discussed. As a food-safety expert, my concern is that it might increase rates of a particularly deadly food poisoning called listeriosis.

Listeriosis is food poisoning caused by the bacteria Listeria monocytogenes. Symptoms might begin a few days after a person has eaten contaminated food, but it can take 30 days or more before the first symptoms appear. These can include a high temperature, aches, tiredness, nausea, vomiting and diarrhea. But for people with weakened immune systems, listeriosis can result in severe life-threatening issues, such as meningitis and sepsis.

Although the number of people who get listeriosis each year is low, the disease is particularly deadly. Even with antibiotic treatment, between 20% and 40% of people with listeriosis die. So even a small increase in cases is still bad news.

Listeria is commonly associated with chilled ready-to-eat foods that don’t need to be cooked or reheated, such as smoked fish, ready-to-eat meats, unpasteurised cheeses, and salads and sandwiches. The steps we can take to reduce the risk of listeriosis are ensuring our fridges are running at temperatures below 5℃, sticking to the use-by dates on foods and following the opened storage duration instructions.

The Food Standards Agency recommends that home fridges be set at 5℃ or below. However, Elizabeth Redmond, a professor of food safety at Cardiff Metropolitan University, and I have found that most fridges operate at 8℃.

Although this slows the growth of some bacteria, this is not the case with listeria. In a laboratory experiment, we also found listeria grows much faster and to significantly greater levels in food when stored in a fridge at 8℃ than at 4℃.

So, to avoid listeriosis, use a fridge thermometer to check your fridge is running at a temperature below 5℃. It’s also important to not eat foods that are past their use-by dates. And follow the opened storage duration instructions, for example: “Once opened, consume within two days.”

In contrast, other food poisoning is usually the result of poor food handling (such as not separating raw and cooked food, or failing to wash hands) that leads to cross-contamination, or failure to cook food to high enough temperatures to reduce the number of bacteria.

The increased cost of food and the rising cost of energy is having a significant effect on people’s finances. But people could unintentionally put themselves at risk of listeriosis when attempting to reduce their energy usage or spending on food.

For example, people may be more tempted to eat foods beyond their use-by date or keep foods for longer than the recommended duration after opening to avoid wasting food and money. Also, people may be more likely to adjust the temperature of their fridge to reduce electricity usage.

Some people have even said that they might turn off their fridges to save money. Because of this, the U.K. Health Security Agency has urged people to keep fridges on and warned of the risk of food poisoning.

Many supermarkets have removed the best-before date from fresh fruit and vegetables. But this doesn’t mean that we don’t need to follow the use-by date.

The best-before date is an indicator of food quality, not safety. In contrast, the use-by date tells us when ready-to-eat and perishable food is safe to eat. The use-by date and opened storage duration instructions are determined through rigorous microbiological shelf–life testing in food laboratories that establish the point at which levels of bacteria exceed safe limits.

Although many people may be looking at different ways of saving money during this difficult time, we must remember that storing food for too long at the wrong temperature can allow listeria to grow to high numbers, enough to make us ill.