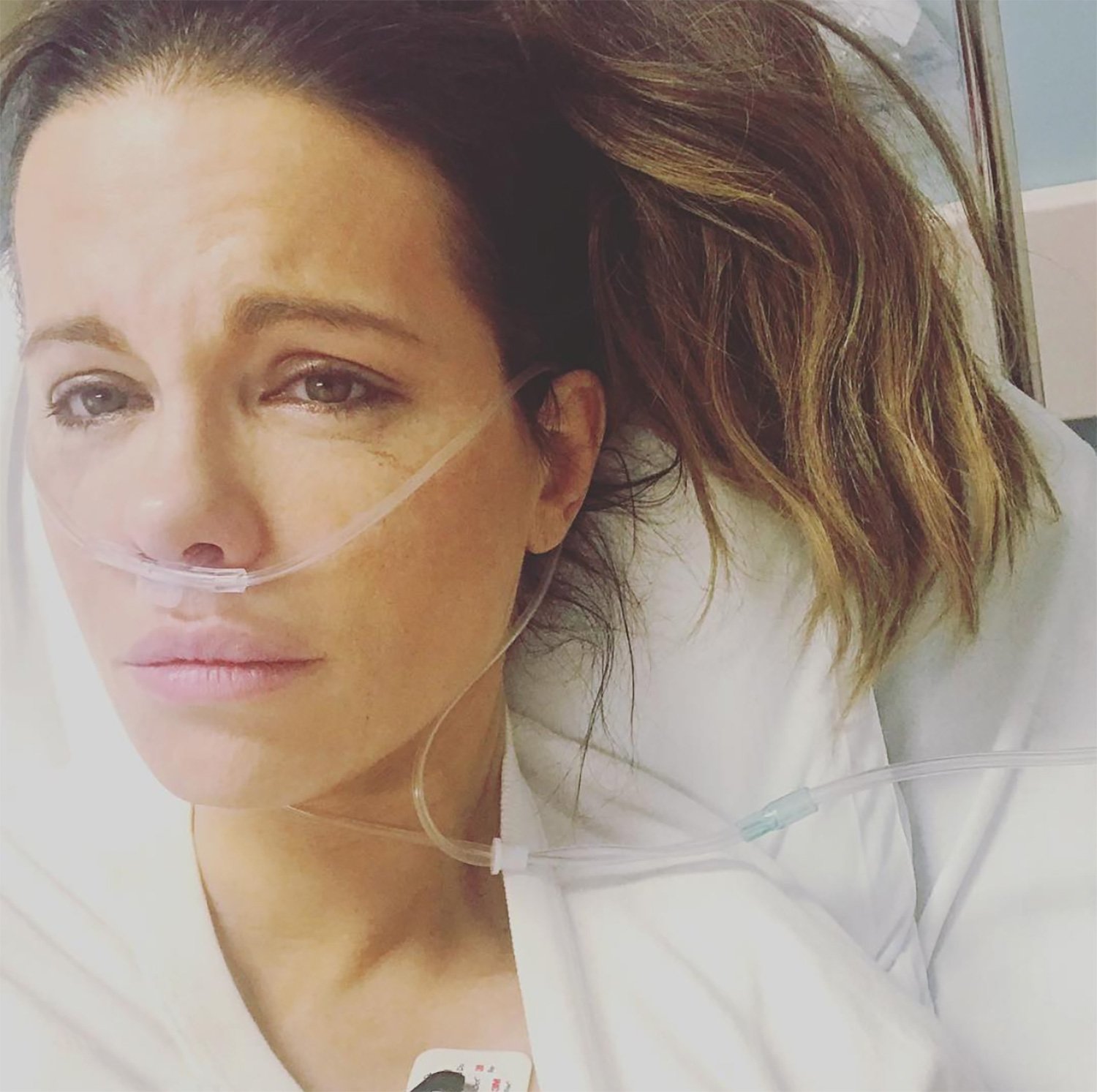 Over the weekend, Kate Beckinsale revealed to her social media followers that she was in tremendous pain because of a ruptured ovarian cyst. Luckily, though, the recovery process should only be a few days, and the actress, 45, is already out of the hospital.

According to Dr. Mary Jane Minkin, a clinical professor of obstetrics and gynecology at Yale School of Medicine, ovarian cysts are most often caused by ovulation. The process of releasing the egg can create both cystic tissue and cause it to rupture.

Then, the broken cyst will release fluid and blood into the body.

“These are very irritative substances to the tissues that line the body cavity,” Minkin tells PEOPLE. “You’re going to feel a lot of pain.”

Normally, the discomfort stays within the lower abdomen, but if the fluids spread, so can the pain, Minkin says, adding that nausea is another common symptom of ruptured ovarian cysts.

In most cases, according to Minkin, a ruptured cyst will heal without any medical intervention within a few days — but in rare instances, if the woman loses a lot of blood, surgery to remove the cyst may be necessary.

The physical, long-term effects of a ruptured cyst are usually minimal. It doesn’t affect fertility and there’s only a slightly increased chance of reoccurrence, explains Minkin. That said, psychologically many patients struggle afterward.

After suffering a ruptured cyst, “many women often take birth control after because it suppresses ovulation,” Minkin says, “but you certainly don’t have to have to.”

“It’s not a situation where I’ll say, ‘You better do this or you’re crazy,’ ” she continues. “But it can be very uncomfortable.”

Most premenopausal women make at least one ovarian cyst every month during ovulation. However, only about 8 percent of women develop cysts that require treatment, according to womenshealth.gov.

On Saturday, the Underworld star shared two photos from her hospital bed. One shows her looking pained with an oxygen tube in her nose. In another, she’s lying on her side in bed and covered by a sheet while surrounded by medical equipment.

“Turns out a ruptured ovarian cyst really hurts and morphine makes me cry. So thankful to everyone who looked after me,” she captioned the shots, adding “#wobbly.”

A rep for Beckinsale did not respond to PEOPLE’s previous request for comment.

In her Instagram post, Beckinsale revealed that one of the more emotional aspects of the whole experience was the paparazzi watching her leave the hospital in a wheelchair.

Explaining to a follower who chided her for posting what appeared to be a selfie in the hospital, the mother of one wrote, “It’s actually not a selfie. My mum took it. In fact I would not have posted it if we had not noticed someone in a car taking a photo of me.”

“I have Instagram largely to have my own honest narrative and not have to always be ambushed by stories that come out that are invented, I’d prefer to say what happened than endure speculation and so I chose to share,” she continued, explaining why she posted the private moment. “I agree, it’s not a normal impulse. But it’s not normal to be photographed in vulnerable situations by people you don’t know either. (If you were interested in knowing the provenance of this, which, you probably are not.).”

She also used the comment to express gratitude for the more positive notes she’s received. “Thank you so much to everyone who has wished me well and lots of love to all the girls here who have been through similar or worse. Love to all x.”

A number of famous friends expressed their shock at her health crisis and sent well wishes in the comments.

“Are you okay? Sending you so much love,” Isla Fisher commented, while David Spade wrote, “WTF.”