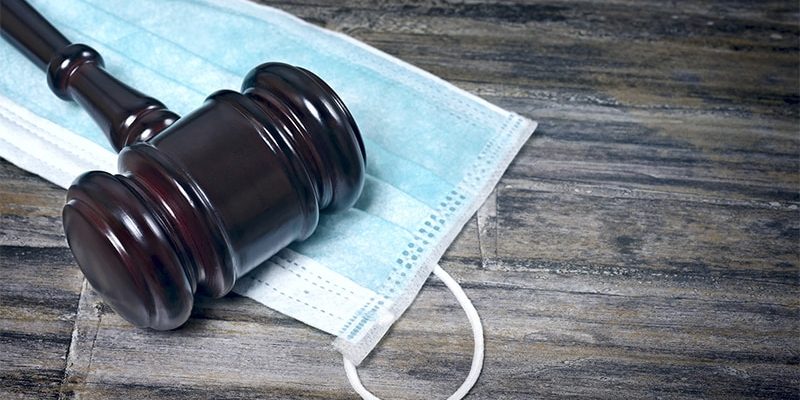 RICHMOND, Virginia (AP) — A federal judge has ruled that an executive order and new Virginia law allowing parents to opt their children out of classroom COVID-19 mask mandates cannot prevent 12 vulnerable students from seeking a “reasonable modification” that could include a requirement that their classmates wear masks.

These students’ health conditions, which include cancer, cystic fibrosis, asthma, Down syndrome, lung conditions, and weakened immune systems, make them particularly vulnerable to COVID-19, their parents say. They sued Republican Gov. Glenn Youngkin and other state officials in February, arguing that the mask-optional policy effectively excludes some disabled children from public schools, in violation of the Americans With Disabilities Act.

US District Court Judge Norman Moon granted in part an injunction sought by the parents. But he emphasized that the executive order and state law remain in effect, and said families of any other vulnerable children will have to make their own cases.

“This is not a class action, and the 12 plaintiffs in this case have no legal right to ask the court to deviate from that state law in any schools in Virginia (much less school districts) their children do not attend, or indeed even those areas of their schools in which Plaintiffs’ children do not frequent,” he wrote.

Youngkin campaigned against mask and vaccine mandates, and one of his first acts after being sworn in as governor in January was signing an executive order that sought to make masks optional in schools.

Moon found that the plaintiffs are likely to succeed on the merits of their claim that the executive order and new state law “are preempted by federal law, to the extent that they prevent or limit Plaintiffs’ schools or school districts from considering Plaintiffs’ individualized requests that some amount of masking is necessary as a ‘reasonable modification’ to that otherwise applicable Virginia law.”

He wrote that the public interest is served by permitting their school districts to consider their individualized requests.

The injunction will remain in effect until a final decision in the litigation is issued, the judge wrote.

Republican Attorney General Jason Miyares said in a brief statement that the ruling affirms that “parents have the right to make choices for their children.”

Eden Heilman, legal director for the ACLU of Virginia, said the group sees the ruling as a victory and is thrilled for its clients.

Although the ruling is limited to the 12 plaintiffs, it could serve as a “blueprint” for other students with disabilities across Virginia who could point to it and ask their school district for accommodations, she said.

Heilman also said she couldn’t rule out the possibility of a class-action suit down the road.