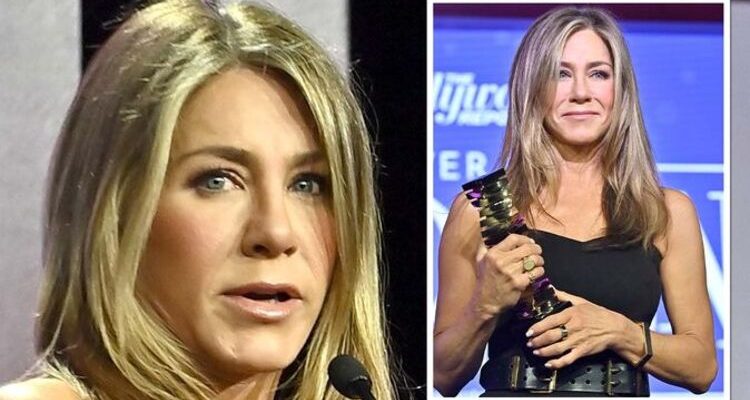 Aniston rose to fame for her role as Rachel Greene in Friends between 1994 and 2004. The star said in a 2019 interview with Allure that she hates it when people say “Oh, you look great for your age” because it implies, she said, that “at a certain point, you should start to feel like sh-t?”. She refuses to believe that ageing pre-determines your appearance or health and works hard to fight the process of ageing, often hopping onto the latest health trends as she does so.

In recent years, she revealed her methods of choice: a healthy morning routine consisting of celery juice and other healthy nutrition, a balanced diet, and a love of working out.

“I’ve been doing celery juice first thing in the morning,” she told Allure.

For the star, this comes with a side of diluted apple cider vinegar, which has been shown in studies to have health benefits.

Celery juice is normally high in nutrients such as calcium, potassium, and vitamins A, C and K. Vitamins and minerals perform hundreds of roles in the body, including strengthening bones and improving the immune system.

One study found that vinegar reduced blood sugar in the participants of the study by 31 percent after eating 50 grams of white bread.

As part of the morning routine, Aniston doesn’t drink coffee, and doesn’t eat for half an hour. During that time before food, she is meditating instead.

But when The Morning Show star does eat, she tries to moderate how many carbohydrates she consumes–although she admitted she has “started to give myself a break”.

“Everyone’s very afraid of the breadbasket, and I’m no longer afraid. As long as it’s all done in moderation,” she told People recently.

It is well established in the medical literature that carbohydrates are linked to the ageing process.

Refined carbohydrates, when integrated with protein, form AGEs, which are directly linked to chronic disease and ageing.

AGEs are advanced glycation end products–known as gylcotoxins. They are formed as part of normal metabolism.

But according to one study, if “excessively high levels of AGEs are reached in tissues and the circulation”, they can become pathogenic, meaning that they cause diseases.

Other than celery juice and low carbs, another healthy habit the star has had, which has become popular over the years is high-intensity interval training (HIIT), as well as a mix of exercises including yoga, boxing and pilates.

“Keeping your body confused is always the key for me,” she said to Glamour UK.

The star works out almost every day, “at least five or six days a week”, she revealed in an interview with InStyle.

These days, this often includes plugging in her headphones and sprinting on her treadmill in intervals.

“It’s really good to get sprints in, to get in that interval training because it’s monotonous to do one pace.

“The whole time your body goes, ‘I know what’s happening…’ It’s good to pump it up and then take it down,” she said to Well + Good.

In November 2020, the star also teamed up with Collagen protein provider Vital Proteins as their Chief Creative Officer. Aniston has been consuming collagen for years, she revealed on Instagram.