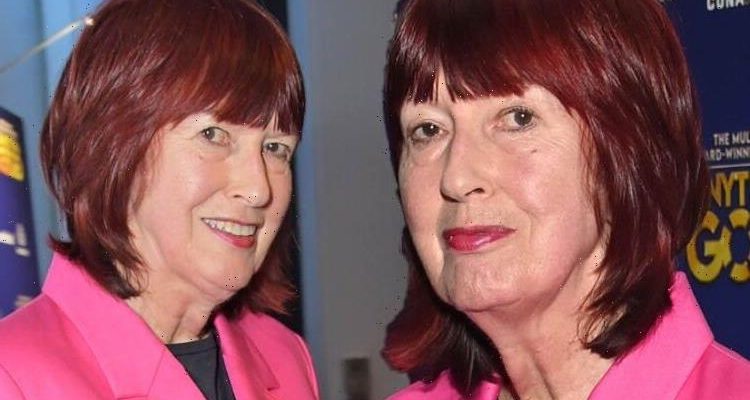 After holidaying in Australia, Porter returned to the UK with what she thought was a mosquito bite on her nose. But after showing the “tiny spot” to her dermatologist, the star was referred to a consultant straight away, who gave her the devastating diagnosis. “They said I’ve got a basal cell carcinoma, which is a form of skin cancer,” Porter explained, whilst appearing on an episode of Loose Women. Due to the nature of the condition and to stop it growing, the star was meant to have the skin cancer removed, but the looming COVID-19 lockdown put a stop to her upcoming surgery.

Talking about the delay to her surgery, Porter said: “If untreated it could grow. It has to be removed otherwise it’s going to get bigger and bigger.

“Also, I could be left with a very big scar.

“I’ve spent the whole of lockdown getting more and more anxious about it.

The NHS explains that skin cancer is one of the most common cancers in the world. Non-melanoma skin cancer refers to a group of cancers that slowly develop in the upper layers of the skin. And melanoma is a more severe skin cancer that can spread to other organs in the body.

In Porter’s case, basal cell carcinoma (BCC) usually appears as a small, shiny pink or pearly-white lump with a translucent or waxy appearance. It can also look like a red, scaly patch.

There is sometimes some brown or black pigment within the patch and over time the lump slowly gets bigger and may become crusty, bleed or develop into a painless ulcer.

According to Government figures, around 75 percent of all skin cancers in the UK are basal cell carcinoma.

Luckily the condition is usually very slow-growing with only a five percent chance of it spreading to other parts of the body.

In June 2020, Porter was finally able to have surgery on her skin cancer, which involved having her nose anaesthetised before having the top part of her skin removed for analysis. Following the procedure, the broadcaster had stitches sewn into her nose, which she will soon have removed.

With a new scar “slap bang in the middle” of the star’s face, the 75-year-old admitted at the time that it was going to get some time getting used to.

Writing in her Daily Mail column, Porter said: “Yes the sun IS deadly – and here’s my cancer scar to prove it.

“Honestly, I am not a particularly vain person, which is a good thing because I now have a scar running right down my nose. Yes, slap bang in the middle of my face.

“It will fade, but for the time being I am going to have to get used to seeing this new line when I look in the mirror. It’s the scar I was left with after I had surgery to remove a cancerous skin growth last month — and one I regard as just another milestone in a very eventful life.

“The irony is not lost on me — a fair-skinned woman who’s spent half a century taking huge care of my skin, wearing Factor 50 in the sun, slathering my face in moisturiser morning and night, and shunning thick foundation if I’m not working — that I should get skin cancer.”

Being open and honest about her personal experience, Porter went on to urge viewers of the ITV chat show to make note of any changes they find on their skin. She added it was “nothing to be scared of,” but extremely important for people to do.

After her ordeal, the star remains “paranoid” about skin cancer, and now regularly visits a dermatologist to have her moles checked.

She said: “Every year for the past decade I have visited a dermatologist to have my moles checked out, stripping off while a medic in a white coat goes over my body with a magnifying glass.”