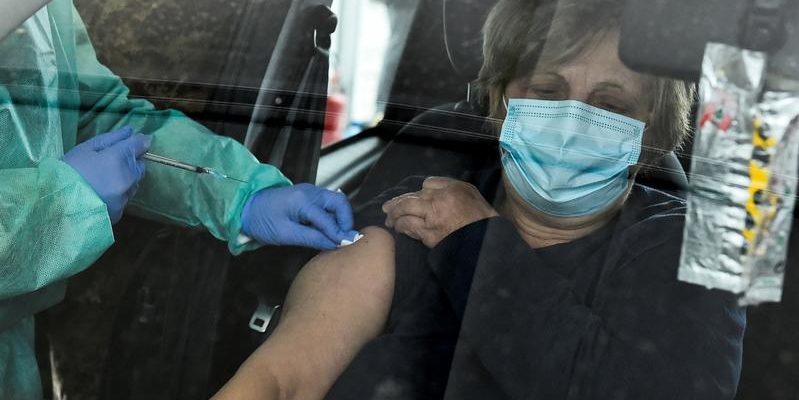 ROME (Reuters) – Italians who decline to be inoculated against COVID-19 with the AstraZeneca vaccine will be given an alternative later on, the head of the health panel advising the government said on Friday.

Italy resumed use of the Anglo-Swedish vaccine on Friday after a three day pause due to concerns about possible blood clotting side effects, following a green light from Europe’s medicines watchdog EMA.

“If someone is called for the AstraZeneca vaccine and declines it, they’ll be reconsidered later for another type of vaccine,” Franco Locatelli, the chief of Italy’s Superior Health Council, said at a news conference.

Italy, one of more than a dozen European Union states that temporarily halted use of AstraZeneca, is concerned that public confidence in the vaccine may have been dented despite EMA’s judgment, hurting Rome’s already sluggish vaccine roll out.

Giovanni Rezza, another member of Italy’s health council, said no vaccine would go to waste even in the face of any hesitancy over AstraZeneca.

“If some people don’t show up there will in any case be long waiting lists of people who hope and want to be vaccinated,” he said.

Italy resumed using AstraZeneca on all age groups following the EMA report, along with numerous other countries.

A few have been more cautious. France’s medical regulator approved it only for people over the age of 55, and Sweden’s health agency saying its suspension remained in place and it would take “a couple of days” to decide what to do.