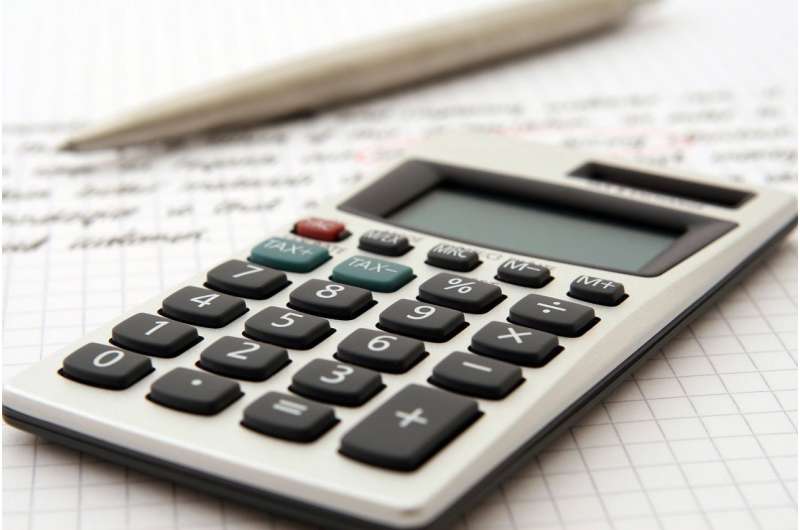 Too little research is being conducted into problem gambling—and what research there is, is often funded by the gambling industry rather than by independent means, say a team of experts. They argue in favor of a 1% statutory levy on the gambling industry that could be administered by one of the UK’s main research funders.

Writing in The Lancet Psychiatry, a group of clinicians and scientists set out their priorities for tackling the pervasive problem of gambling addiction, or ‘gambling disorder’.

Gambling disorder is a recognized mental health condition, a form of addiction that can have a serious impact on the lives of individuals and their families. It can lead to financial, emotional, and relationship problems, including interpersonal violence, and in some cases, engagement in illicit activities to fund their addiction.

Between four and nine people in 1,000 are estimated to experience problem gambling. The disorder appears to be more common in men compared to women and often develops during adolescence and young adulthood. For reasons that are unclear, some groups appear to be disproportionately affected—for example, in the UK, some research suggests it is more common among Black British people.

People with gambling disorders have high rates of other mental health conditions, including anxiety and mood disorders, substance abuse disorders, impulse control disorders, and attention-deficit/hyperactivity disorder (ADHD), though these are often undiagnosed. It is also associated with a considerably increased risk of suicide.

Professor Barbara Sahakian from the Department of Psychiatry at the University of Cambridge said: “Gambling disorders are a serious problem in the UK yet remain low on the list of priorities in UK healthcare. There’s a chronic lack of investment and only belated acknowledgment of the problem, which means that the true extent of gambling-related harm and the related resource pressure are ignored or unrecognized.

“While in the past, gambling largely took place in establishments such as betting shops or casinos, it has now become much easier to access in secret, particularly on smartphones and computers, so we’re seeing numbers increase particularly among adolescents and women. In short, it’s no longer necessary to leave your home to gamble.”

In 2020, a group of clinicians and scientists set up the National UK Research Network for Behavioral Addictions (NUK-BA) to identify unmet needs in terms of research and treatment provision for behavioral addictions, including gambling disorder, in the UK. The organization does not accept any funding from the gambling industry.

In their article today, experts writing on behalf of NUK-BA say there is “a marked lack of dedicated explicit independent funding for research into Gambling Disorder”. The limited funding available now tends to be linked to the gambling industry: at present, funds for gambling research in the UK are collected by a voluntary levy on companies, and these funds are then administered through a specific organization whose existence is dependent on this industry funding.

Professor Sam Chamberlain from the Faculty of Medicine at the University of Southampton said: “To many in the research world, funding that’s linked to the gambling industry—even when it’s administered through a third party—is compromised. It creates potential conflicts of interest and institutional rules that mean many universities, researchers and clinicians in the UK cannot accept funding administered through this route.

“With so little understood about gambling disorder, we clearly need much more research if we’re going to help those affected. For the purposes of transparency and to ensure that there are no conflicts of interest, this research needs be funded by independent bodies, such as the government or independent charities, and not by the gambling industry.”

The NUK-BA has called for the government to implement a 1% statutory levy on industry earnings and says this should be administered by an independent research body unrelated to the gambling industry, such as the Medical Research Council, part of UK Research & Innovation, a non-departmental government body.

In their article, the NUK-BA sets out its top priorities for UK research into gambling disorder:

The researchers argue that our understanding of the prevalence and course of gambling disorder is further limited by a lack of appropriate expert consultation, noting that despite the Gambling Commission stating in its recent consultation that experts had been consulted, not a single member of NUK-BA group reported having been consulted.