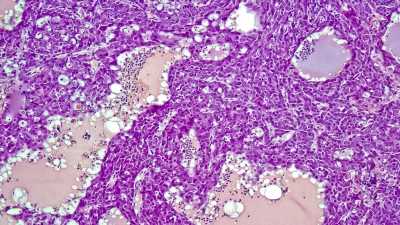 Perioperative immunotherapy appears to be safe in the setting of resectable hepatocellular carcinoma (HCC), according to findings from an open-label phase 2 clinical trial published in The Lancet Gastroenterology and Hepatolgy.

The study compared the anti-PD1 antibody nivolumab (Opdivo, Bristol Myers Squibb) alone and nivolumab plus the anti-CTLA-4 antibody ipilimumab (Yervoy, Bristol Myers Squibb) among patients with resectable disease at a single center in Sweden. The treatments were found to be “safe and feasible in patients with resectable hepatocellular carcinoma,” wrote researchers who were led by Ahmed O. Kaseb, MD, a medical oncologist with MD Anderson Cancer Center, Houston.

The rate of 5-year tumor recurrence following HCC resection can be as high as 70%, and there are no approved neoadjuvant or adjuvant therapies.

Immune checkpoint therapy has not been well studied in early-stage HCC, but it is used in advanced HCC.

The combination of PDL1 blockade with atezolizumab and VEGF blockade with bevacizumab, is currently a first-line treatment for advanced HCC. “Checkpoint inhibitors targeting PD1 and PDL1 and CTLA4 are active, tolerable, and clinically beneficial against advanced HCC,” according to researchers writing in a Nature Reviews article published in April 2021.

There are other promising immunotherapies under study for HCC, such as additional checkpoint inhibitors, adoptive cell transfer, vaccination, and virotherapy.

Seventy-seven percent of patients in the nivolumab group experienced at least one adverse event (23% grade 3-4), as did 86% in the combination group (43% grade 3-4, difference nonsignificant). No patients delayed or canceled surgery because of adverse events.

The study was limited by its open-label nature and small sample size, and it was conducted at a single center.

The study was funded by Bristol Myers Squibb and the National Institutes of Health. Kaseb reports consulting, advisory roles or stock ownership, or both with Bristol-Myers Squibb.