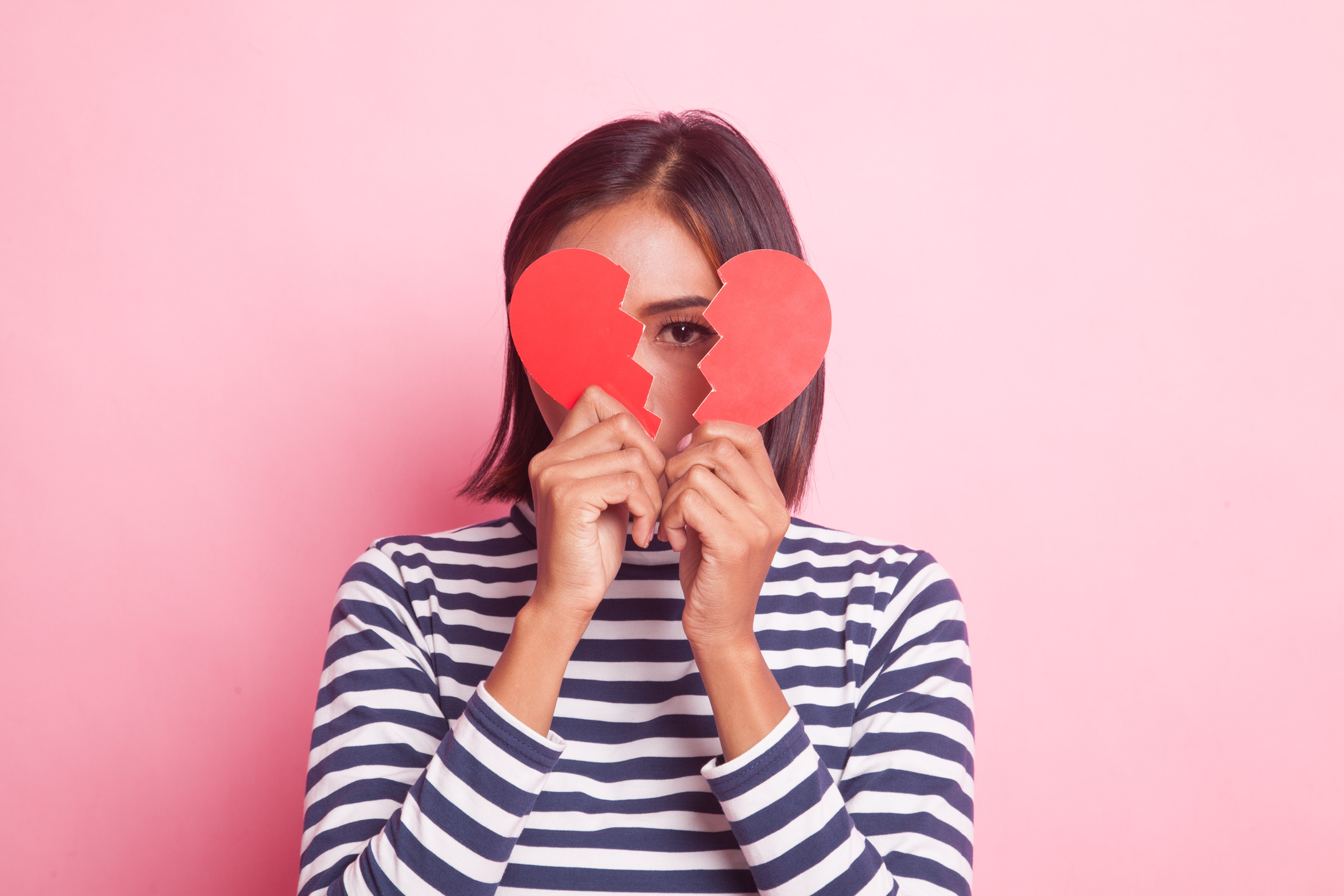 How many times have you heard men say that? It’s come out of the mouths of most of the men I’ve dated over the years.

I’m ashamed to say that I’ve even believed it, too.

With one (who was still with his ‘crazy ex’ when we got together – major red flag, I know), I remember lapping up this idea of her being a woman scorned. Picturing the ‘mad’ first wife locked up in the attic in Jane Eyre.

I even sympathised with him. ‘How awful,’ I’d say – telling him I was sorry, how he didn’t deserve it. I called myself a feminist – but for some reason, I believed the label he’d given to her.

Even though he was clearly a bad person, and partner, I felt like his behaviour and the way he’d treated his ex was justified because she was ‘crazy’ – as if she deserved it – even though he never could tell me what made her so ‘nuts’.

I told all my friends about her, this innocent woman I didn’t know – boasted about how he’d chosen me instead. ‘But it’s OK because she’s crazy!’ I’d laugh. My friends would laugh along too – they’d heard it all before.

That was until he broke my heart, doing the same to me as he did to her.

To view this video please enable JavaScript, and consider upgrading to a webbrowser thatsupports HTML5video

All of these words, so loaded, were thrown at me so freely – as if they meant nothing. And just like his ex, I was manipulated into thinking there was something wrong with me.

I imagined his friends laughing about me, sharing all of my secrets and it being justified because I was ‘mental’. About him telling his new girlfriend or latest bed partner that I was ‘crazy’, though he was the one who broke my heart and treated me appallingly.

Whenever I tried to tell my side of the story, I was labelled as jealous or bitter – fuelling the fire even more.

I now saw that his ex was heartbroken – just like me.

I even wanted to warn his new partner, but I knew it wouldn’t work. That her image of me was already set in stone, an image of pity and distaste – someone who couldn’t handle rejection.

I convinced myself I was the problem, that there was something ‘wrong’ with me, that I was irrational for being angry, sad or upset. It broke me.

That in itself was enough to see me diagnosed with social anxiety and depression.

My mental health became compromised because I was convinced it already had been.

It was an incredibly teachable moment for me: it meant I no longer dated men who described their exes as ‘mad’, and I learnt the power of mental health stigma.

The ‘crazy ex girlfriend’ trope equates being emotional with being mentally unwell, actually undermining what people with real mental health issues go through.

It also vilifies those who suffer with these problems with words like ‘crazy’ and ‘insane’.

It suggests that it’s fine to treat people who are mentally unwell badly, simply because of their condition.

So often, for a man to build himself up, all he needs to do is tear a woman down in the process

This World Mental Health Day, this label needs to be binned.

Women, just like men, should never be demonised for showing emotion. And labels like ‘mad’ or ‘insane’ shouldn’t be bandied around like they don’t have a significant impact on the person they’re given to, and overall mental health stigma.

It took me years to realise that I wasn’t the problem, but was made into one when I was no longer needed or desired.

The ‘crazy ex girlfriend’ trope is the meeting place of sexism and mental health ignorance. Unfortunately, it’s been ‘man’-ufactured and played out for years on TV and in film.

Women scorned in rom coms are portrayed as ugly, grotesque, unkempt, and unwanted – twitching, with messy hair, wide eyes and mascara streaks being the focal point of laughter. We’re supposed to pity them, feel nauseated by them.

You only need to look at the way women like Taylor Swift have been treated to know that the public thrives on it, too.

It needs to be called out – by men and women. Finger pointing needs to be turned towards where the bad behaviour really lies.

If you ever hear a man call his ex ‘crazy’, whether he’s your friend or a potential love interest, have a word and educate him about why that phrase is so loaded and why it should never be used.

And ladies, if he continues to use it, run for the hills.

A woman who talks and exposes bad behaviour is every man’s greatest fear. So often, for a man to build himself up, all he needs to do is tear a woman down in the process.

I should know – it’s happened to me.