For most of my life, I could count on one hand the number of times I had slept through an entire night. I usually woke up at least twice (if not three or four times) ― a routine other problematic sleepers know leads to serious consequences, like increased stress and anxiety, a weakened immune system and irritability. And that’s just the tip of the iceberg.

Every time I wake, it takes longer to fall back asleep. I might lie in bed for 10 hours, but more than half that time is spent tossing, turning and jealousy staring at my partner and dog as they peacefully snooze the night away. I’ve tried basically everything to keep myself in dreamland: I pop melatonin and CBD before bed, use an eye mask to block out light, and put in earplugs to block out the sound of my cat’s nightly yowling session. I’ve even wasted money on expensive sleep sound machines, to no avail.

While all these products for better sleep did help me fall asleep faster, they didn’t necessarily help me stay asleep. For a while, I’d resigned myself to a lifetime of involuntary 4 a.m. contemplation. Then, bleary-eyed and browsing the internet at an ungodly hour one night, I accidentally ordered a weighted blanket on Amazon. I say “accidentally” because, in my exhaustion, I pressed the “Buy Now” button instead of the “Add To Cart” button. I only realized my mistake when a very heavy package showed up at my front door the following day.

Like many troubled sleepers, I had heard of weighted blankets for better sleep and thought about getting one for months, but the price tag stopped me. Even weighted blankets on Amazon cost a pretty penny, and the heavier they are, the more you’ll pay. Mine cost around $110, and although I considered immediately returning it, I decided to try it out first — and thank goodness I did.

The weight of the soft, 15-pound blanket made me feel like a small baby being cradled in my mother’s arms. That first night, I snuggled under the blanket on my side and fell asleep uncharacteristically quickly. To my immense surprise, I woke up eight hours later to my alarm — in the exact same sleeping position. The same thing happened the next night, and the next, and suddenly I was hooked. It seemed my sleepless nights were a thing of the past. How was that possible?

“The added gentle pressure makes you feel grounded and secure in your sleep surface, relaxes your body and encourages sleep.”

According to clinical sleep educator Terry Cralle, weighted blankets work thanks to something called deep pressure stimulation, a form of touch pressure that makes contact like hugging, holding, swaddling and massages so appealing. It’s also part of the reason weighted blankets have been used for years to treat children with Autism Spectrum Disorder.

“The added gentle pressure makes you feel grounded and secure in your sleep surface, relaxes your body and encourages sleep,” Cralle said. “Some research has found that deep pressure stimulation can reduce your body’s ‘fight-or-flight’ response and increase calming parasympathetic arousal, and the added pressure can also reduce cortisol, the stress hormone, and help produce serotonin, the calming hormone.”

Cralle also cited a study in the The Journal of Sleep Medicine & Disorders that found people with insomnia experience more sleep time and fewer movements throughout the night when they slept with weighted blankets. My experience certainly aligns with Cralle’s recommendation that those interested in trying a weighted blanket should find one that’s about 10% to 15% of their body weight.

Night after night, the weight of the blanket stops my usually restless body from thrashing around and waking myself up. I now routinely sleep through the night, and am no longer tired or sluggish during the day. The added rest increases my productivity and energy level so I can to get to the gym more often. I’m also more open to social events and less likely to fall back on fast food because I’m too tired to cook. I’ve even found that my dreams are more intense and memorable, possibly because I’m spending more time experiencing them. That’s something to rest easy about.

GET THE BLANKET THAT CHANGED MY LIFE ON AMAZON, $110

FYI, HuffPost may receive a share from purchases made via link on this page. 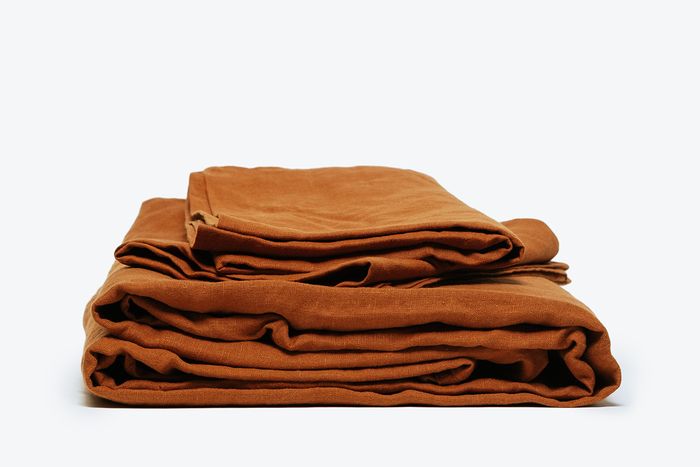