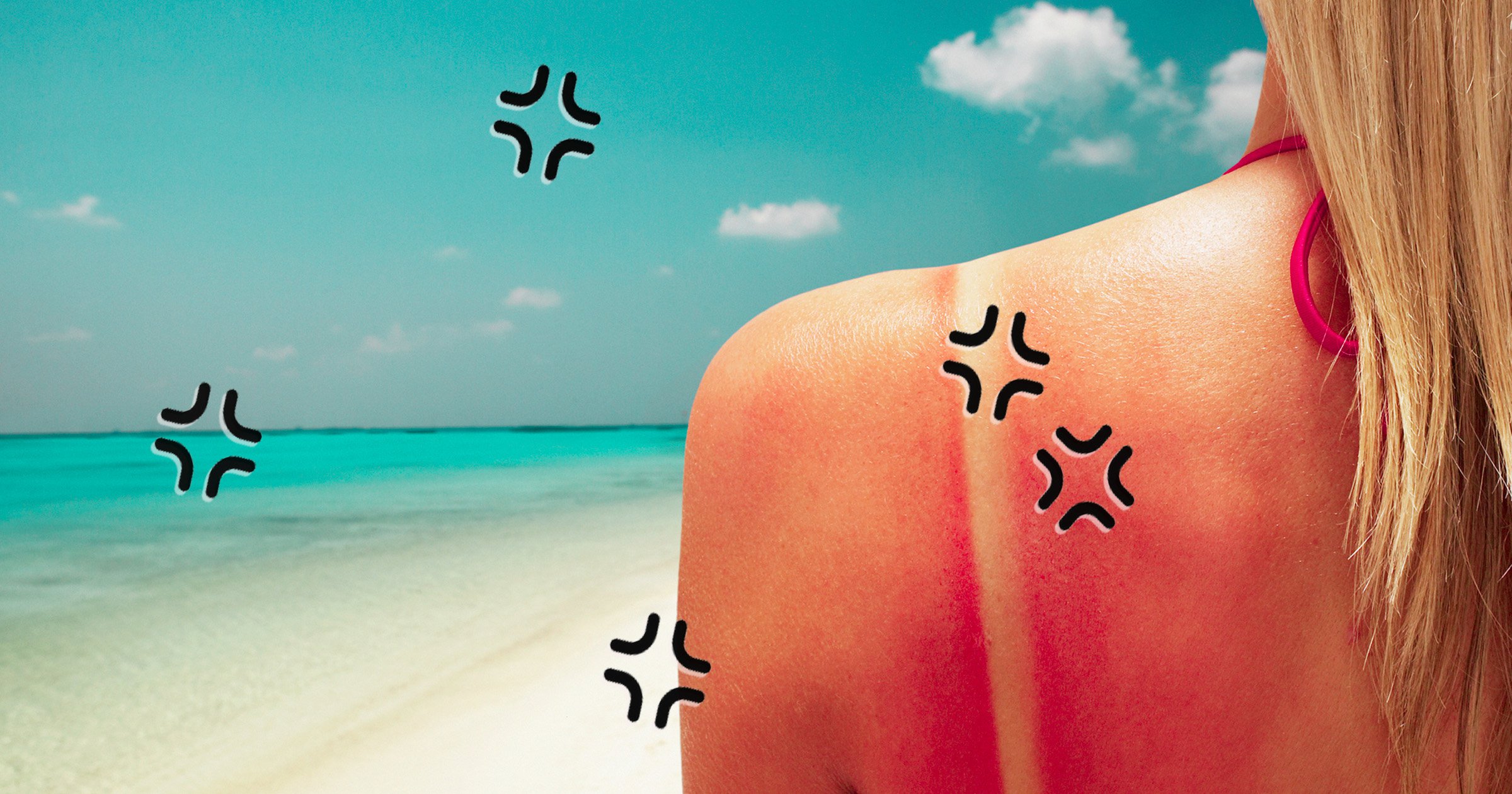 Pints at the ready, folks, the UK is heading for a heatwave this week.

With temperatures expected to reach into the 30s in parts of the southwest and Wales, it’s a good time to replenish your supply of suncream.

But with the knowledge that many people won’t remember their SPF this weekend – and even those who do might fall victim to the old ‘forgetting to reapply’ sunburn – here’s how to cope if your sunburn feels like a thousand tiny needles piercing your skin.

Why does sunburn sting so much?

Skin cancer expert Dr Paul Banwell, who runs The Banwell Clinic and is the previous head and founder of The Melanoma and Skin Cancer Unit (MASCU) in East Grinstead, tells Metro.co.uk that sunburn is skin damage caused by both UVA and UVB rays.

‘It usually causes the skin to become red and sore and it can also feel hot and tender to touch as well as stingy and occasionally itchy,’ he says.

‘The sunburn is an inflammatory reaction to the UV radiation damage to the skin’s outermost layers.

‘UVB rays can lead to sunburn and UVA rays can travel more deeply into the skin and both affect your skin’s health.

Victoria Evans, education manager from Dermalogica adds that the stinging associated with sunburn is a symptom of this inflammatory reaction.

‘Sunburn is an indication that UV rays have caused damage to specific cells in the skin and their DNA,’ she tells Metro.co.uk.

‘The body responds to this damage by triggering an inflammatory response which involves vasodilation – the expansion of blood vessels causing heat and burning or stinging – and swelling.’

How to stop sunburn from stinging

While, as Dr Paul says, the best way to avoid the pain associated with sunburn is to not get sunburnt in the first place (hot girls don’t neglect their SPF!), there are steps you can take to minimise the stinging sensation after the fact.

Firstly – and perhaps most importantly – make sure you avoid the sun for a few days after being burnt.

‘Do not expose burnt skin to the sun, even with application of SPF,’ says Victoria.

‘Skin needs to repair itself and will need a few days to recover.’

‘One of the best things to do to help stinging skin is to apply a cold compress,’ says Dr Paul.

‘Hold the cloth on the burned area for at least five minutes and repeat a few times – the cold temperature will help constrict blood vessels and reduce swelling and stinging.’

He adds that a cold shower or bath can be ‘very soothing’.

As usual, moisturising is the key.

‘I would advise using a moisturiser with aloe vera, as it particularly helps reduce inflammation,’ says Dr Paul.

‘You can also use aftersun, which moisturises the skin after sunburn as it contains soothing ingredients and will calm the skin after burning and help reduce redness.

Victoria adds that you should use after-sun products that are gel-based and cooling.

‘Avoid heavy creams or oil-based formulas that can trap heat,’ she says.

However, it goes without saying that none of this is better than preventing sun damage in the first place by wearing SPF.

On the same note, make sure you pay attention to the ingredients you’re using.

‘While cooling or tingling on the skin, this ingredient is quite stimulating,’ she says.

Finally, don’t be afraid to use pain relief.

If you’ve been sunburnt before, you’ll know that it hurts a lot, and there’s only so much cold showers and copious amounts of after sun can do.

‘Painkillers, such as paracetamol or ibuprofen, can help with the pain,’ says Dr Paul.