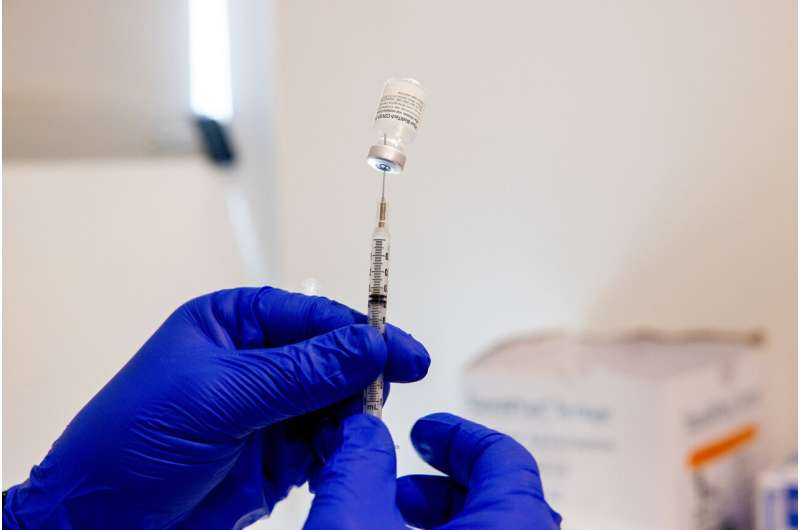 Thanks to researchers in different fields who put in nearly two decades of past work on mRNA vaccine technology, people around the world are being immunized today from COVID-19—and hopefully leading us out of this pandemic. Now, because of the increased focus on this versatile technology and that foundation of research, mRNA vaccines for other diseases have an even greater chance of making it to patients.

“The whole platform is very, very flexible,” says Norbert Pardi, a research assistant professor of infectious diseases in the Perelman School of Medicine. “You can use mRNA vaccines for many things.”

That includes cancer—which is just one of several areas outside of infectious diseases that researchers at Penn have been investigating.

Here’s a breakdown of how an mRNA-based vaccine could work to fight tumors, the challenges that need to be overcome, the technology’s roots in oncology, and where it’s headed.

The mRNA vaccines for COVID-19 protect people from the virus. They’re prophylactic. But a cancer mRNA vaccine is an intervention (a treatment) given to patients with the hope that their immune systems would be activated in a way that would attack tumor cells.

Through their research, Pardi and others, including researchers whose work led to the development of the BioNTech and Moderna vaccines, Drew Weissman, a professor of infectious diseases in the Perelman School of Medicine, and Katalin Karikó, an adjunct associate professor at Penn and a senior vice president at BioNTech, found that mRNA vaccines can not only prompt strong antibody responses to fight off invaders, like COVID-19, but also potent cytotoxic T cell responses.

That’s important because these T cells can kill cancer cells. They just need to be altered or motivated to do it. Think immunotherapy, like checkpoint inhibitors or chimeric antigen receptor (CAR) T cell therapy that engineers a patient’s own T cells to find and destroy cancer cells.

“A successful therapeutic cancer vaccine should induce strong T cell responses, particularly with CD8+ T cells, which have a known capacity to kill malignant cells,” says Pardi, who is currently leading studies to better understand mRNA vaccines to treat cancers, along with other diseases. Pardi was also a postdoctoral researcher in Weissman’s lab and a frequent collaborator with him and Karikó. “Therapeutic cancer vaccines would be given to cancer patients with the hope that those vaccine-induced cytotoxic T cells would clear tumor cells.”

One example is an mRNA vaccine that targets proteins called neoantigens on a tumor to fight it. A neoantigen is a new protein that forms on cancer cells when certain mutations occur in tumor DNA.

The biggest challenge in developing these types of mRNA vaccines for cancer, though, is just how personal it has to be. The majority of everyone’s tumor neoantigens are specific to them.

It can’t be a catch-all approach like other vaccines—it needs to be personalized, much like CAR T cell therapy, which requires taking a patient’s own T cells, engineering them to seek out a specific antigen on a tumor cell, and then infusing them back in to find and kill them.

“That’s why we need a vaccine technology that is flexible and potent, such as the mRNA technology used for COVID-19,” Pardi said. “It could be developed to give us personalized neoantigen vaccines.”

So far, it’s the only one approved by the U.S. Food and Drug Administration.

It wasn’t just years of virology and immunology studies that led us to the COVID-19 vaccines. Cancer research also played an important role.

In fact, the mRNA vaccine platform from BioNTech was first developed and tested in humans initially as an experimental cancer vaccine as far back as 2008, when 13 melanoma patients were vaccinated using the mRNA platform.

When they were vaccinated, the immune system’s reactivity against tumors did become elevated, the researchers reported. And as a result, their risk of developing new metastatic lesions was significantly reduced. Moderna’s cancer mRNA vaccine, which takes a different approach, similarly induced an immune response in solid tumors—work that also began years ago. And when they combined it with a checkpoint inhibitor, the therapy shrank tumors in six out of 20 patients.

“[M]ake no mistake, the tremendous, unprecedented efforts on SARS-CoV-2 vaccines this year, stand on a robust, prolonged scientific effort placing our biomedical community (including key contributions from cancer researchers) in a position to succeed,” E. John Wherry, chair of the department of Systems Pharmacology and Translational Therapeutics and director of the Penn Institute of Immunology, and his co-authors wrote in a piece in the journal Clinical Cancer Research, on behalf of the American Association for Cancer Research’s COVID-19 and Cancer Task Force.

“Without this previous work,” they added, “we would be very far behind where we are today.”

A more recent preclinical study led by Katharina Reinhard, director of Immunoreceptor Therapy for BioNTech, also showed how an RNA vaccine platform could be used in combination with CAR-T cell therapy to bolster it when there is weaker stimulation and responses. The so-called “CARVac” approach activates dendritic cells, which in turn stimulates and enhances the efficacy of CAR-T cells, the researchers reported in Science last year.

Reinhard spoke about the work at the “Cellicon Valley ’21: The Future of Cell and Gene Therapies” symposium hosted by Penn Medicine in May.

While the data that has emerged over the years is promising, only a few studies have reported a clinical benefit or immune response from mRNA vaccines for cancer, and none have reached past a phase II clinical trial.

So the work continues. And within the last year, it has only accelerated because of COVID-19.

In addition to the preclinical and clinical research being conducted at academic institutions today, there are at least eight pharmaceutical companies, many in collaboration with those institutions, studying cancer vaccines, including the neoantigen approach, in ongoing clinical trials.