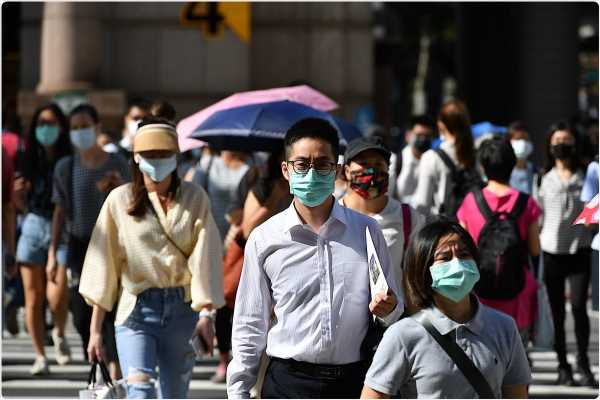 The international community has been struggling to predict and contain successive waves of the coronavirus disease 2019 (COVID-19) pandemic, caused by the severe acute respiratory syndrome coronavirus 2 (SARS-CoV-2). The degree of success has varied between countries.

In Taiwan, the use of contact tracing, with testing and isolation of confirmed cases, promises to end the ongoing third wave of the illness within two months. The strategy employed is described in a new preprint available on the medRxiv* server. 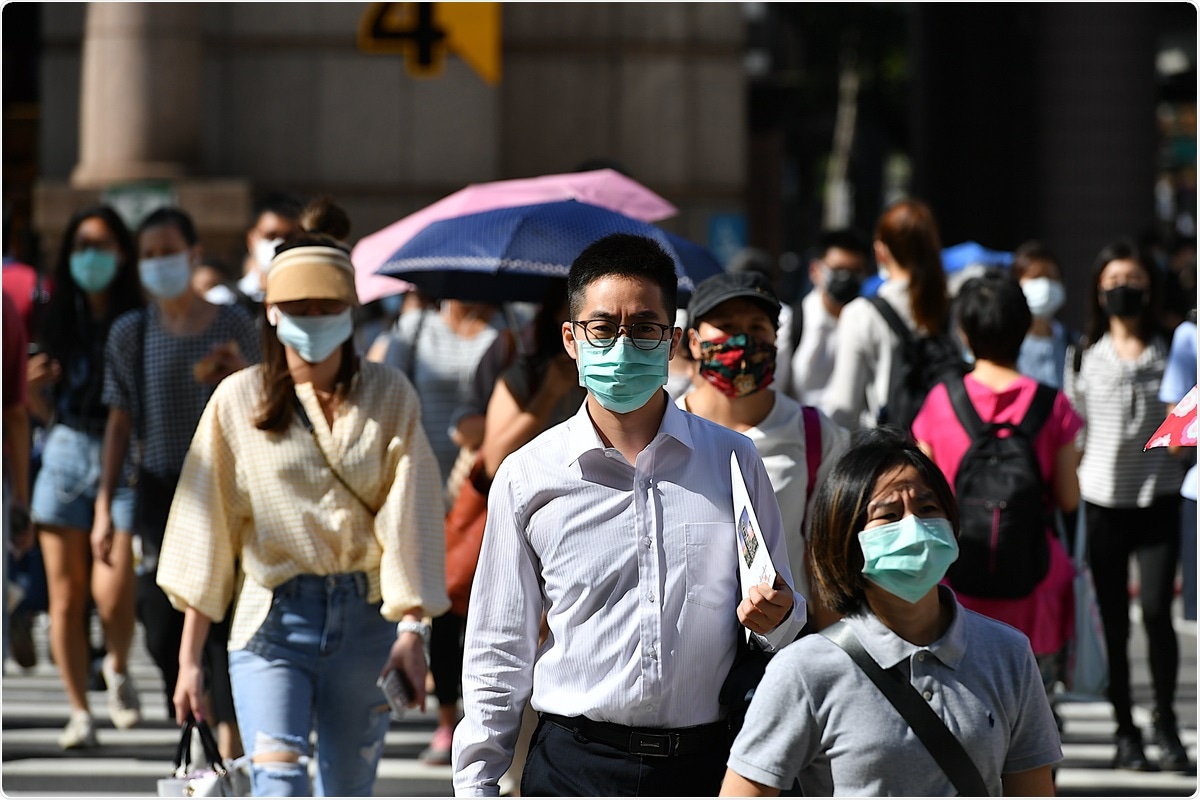 Tawain and the COVID-19 pandemic

The first wave of COVID-19 in Taiwan broke out in February 2020, and lasted for 54 days before dying out. The second wave began in early January the following year, lasting less than a month before it ended on February 9. The second wave, therefore, followed the first wave after nine months. During these 273 days, only two cases were reported, one on August 2, of unknown origin, and the other on December 22, apparently due to local spread.

The second variant was caused by the alpha variant (B.1.1.7), which has been estimated to have 1.4-fold higher infectivity. This resulted in a reproduction number (number of secondary cases caused by a single infection) that was 57% higher than with the Wuhan variant.

The third wave broke out after 69 days in which Taiwan was free of any reported cases in its local community. The first case of the third wave was reported on April 20, and 56 days later, it is still going on. At present, the peak seems to have occurred on May 28.

The highest number of cases during this wave occurred six days earlier, with 721 confirmed infections of either local or unknown origin.

The 69 days between the second and third waves may be described as normal, with the exception of mandatory mask-wearing and temperature checks while traveling by public transport, which was introduced very late in the third wave. Many events involving several tens of thousands of spectators were held, including concerts on New Year's Eve.

Since the alpha variant had been introduced – and measures to reduce transmissibility and prevent a massive outbreak had been relaxed by the time the third wave hit – the number of cases should have risen exponentially during the periods between waves, because of community transmission. Instead, between waves, there were few or no infections.

Moreover, the Taiwanese National Health Insurance Administration (NHIA) has an active case finding program, focusing on patients in its database who had severe respiratory symptoms. It also allowed all pharmacies and healthcare facilities to gain access to the travel history of any patient, from the National Immigration Agency, beginning February 18, 2020.

The beginning of the third wave was from a group of pilots with the China Airline, who were wrongly housed, during their quarantine, with local guests, by the Novotel at Taiwan International Airport. This breach of mandatory quarantine and contact tracing regulations, leading to community transmission and a consequent outbreak, should be viewed against the background of highly relaxed non-pharmaceutical interventions (NPIs) from the end of the second wave.

The fact that careful control of the border coupled with case isolation contact tracing successfully limited the first and second waves is obvious from the context of the third wave.

The six principles of the Central Epidemic Command Center (CECC) began to be applied on January 20, 2020. This includes border control and quarantine on arrival, self-health monitoring after exposure to known cases via a visit, testing of symptomatic patients during medical visits, mandatory supervised quarantine of confirmed cases or high-risk contacts, contact tracing, and a four-tier program to prevent community spreading.

In 2021, from June 7 until May 11, the authorities removed all restrictions on public gatherings, allowing any number of contacts to meet. On May 19, mask-wearing was made a requirement outside one's home, along with physical distancing, limiting gatherings to five people, and the shut-down of some businesses and schools. Moreover, mandatory testing was implemented wherever community transmission was detected in order to limit the number of transmissions that can occur before the infected individual is quarantined.

The government also put in place an SMS text messaging system to trace contacts, which keeps track of all individuals entering any place of business via a unique QR code. All the codes are sent to the Taiwan Center for Disease Control hotline number, 1922, which helps to deal with high volumes of contact tracing when required.

There is enough data to indicate that NPIs alone are inadequate to end an outbreak since this is fueled by community transmission. In Taiwan, however, the seven-day moving average has shown a dramatic decrease, being less than one-third of its highest value, that is, 0.029, on May 28.

Thus, all three waves in Taiwan have shown the characteristic pattern of an initial surge of confirmed infections, with a failure in the contact tracing-testing-isolation program to keep pace. This is followed by an increase in contact tracing as this receives top priority, resulting in a sudden rise in suspected cases. Finally, testing is extended to all areas to prevent the delay in the isolation of infected individuals.

Vaccination is a long-term goal

What is the place of vaccination in this scenario? In answer, the researchers point out that Israel had only 117 infections over the week when they published their study, compared to over 5,000 in Bahrain and Mongolia – both record numbers for weekly infections in their respective countries. This is despite the fact that all three countries have vaccinated more than 50% of their population.

Israel lifted multiple restrictions on gatherings, vaccination proof, but retained border controls on June 1. However, a recent simulation showed that if pre-pandemic standards of social interaction were allowed in the USA, for instance, even after 70% vaccination, the number of cases would surpass all previous American incidence records. On the other hand, if only vaccinated individuals are allowed to mix freely, from two weeks after the first dose, the rise in incidence will be minimal.

In Taiwan, the estimated population coverage by vaccination to reach population immunity would be 85%, which is a far-off goal when the scarcity of vaccines is considered. Instead of this measure, which may take a year at the very least, continued contact tracing, testing, and isolation is estimated to bring an end to the outbreak around August 16 or so, using an appropriate model built on the confirmed-to-suspected infections ratio.

The effective containment of this wave in Taiwan shows that equal attention must be paid to contact tracing and testing/isolation, since the first covers the suspected cases to identify those among them who are infected, while the second prevents secondary infections from each of the confirmed cases. The second is essential to stop viral spread, but depends on the first to a large extent, as well as on the availability of facilities to isolate or hospitalize the infected or sick, as required.

Since these measures are now operating at the required level, the outbreak is bound to end, given the consistent adherence to this system.

To keep up the work requires will from everyone to contribute to the contact tracing, self-health monitoring, testing, and caring of each other."

In their view, will is dependent on faith that this is possible. With a calculated half-life of approximately 10 days, the authors remain hopeful that their prediction will be fulfilled.

Taiwan is an example of how a society can respond quickly to a crisis and protect the interests of its citizens."

medRxiv publishes preliminary scientific reports that are not peer-reviewed and, therefore, should not be regarded as conclusive, guide clinical practice/health-related behavior, or treated as established information.