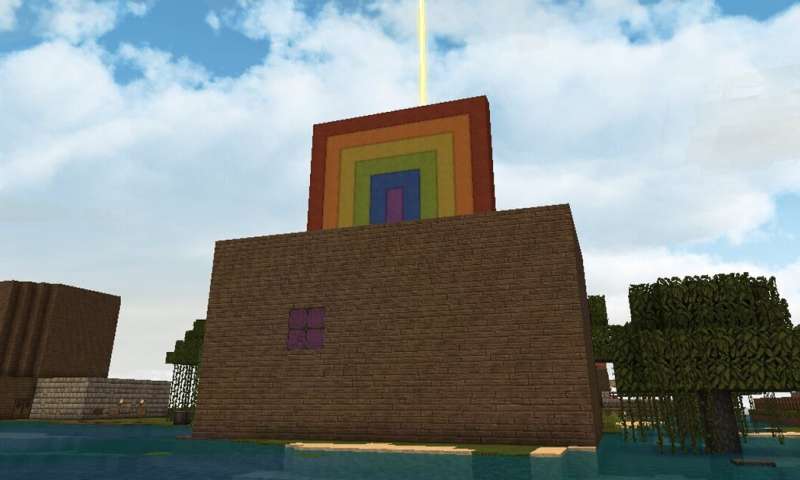 For autistic children, online social interactions can be just as fraught as those in the offline world. The community at Autcraft, which is built around a customised version of the popular game Minecraft, has set out to create a safe virtual playground.

In the process, they may be demonstrating the kind of filtered, structured environment in which more and more socialisation will occur as online and offline worlds collide.

In my research, I have worked with members of the Autcraft community to better understand how they are keeping autistic children safe while they play. I found they use a combination of modifying the software of Minecraft itself (called “modding”) and social structure or rules.

Autcraft uses Minecraft to do four key things for autistic children: it gives them structure, creates a safe social space, lets them filter their experience in various ways, and helps them unleash their imaginations.

The Minecraft game world is structured to begin with, as the game contains boundaries and rules that players must follow. The Autcraft community uses extra software plug-ins to make the game world a little easier, especially for younger players.

For example, players can mark out their own plots of land so that they, and specified friends, are the only ones who can build there. This keeps other players from changing their houses and other creations without permission. 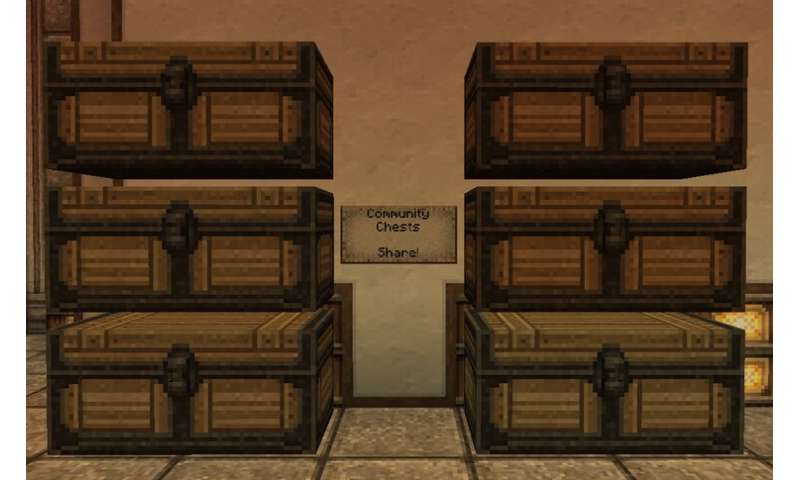 On top of this sort of “physical” structure, the Autcraft community also has social structure. This takes the form of rules that all community members must follow, as well as norms around friendliness and helpfulness. These norms are built into the game through tools such as community chests where players can leave things they no longer need for others to use.

Autcraft uses the game world of Minecraft as a safe social space. Children come to play with friends after school—often friends they only know through the game, not in the physical world. Hanging out in Minecraft looks like hanging out in the playground. Some children are building, some are playing games such as hide and seek, and some are just hanging out and talking via text chat.

Minecraft, as a game, filters and simplifies things in ways that can be helpful for autistic players. Characters are fairly crude representations of people. They do not have facial expressions or much in the way of body language. Everything is communicated through character movements (such as jumping around or giving away items) or via text.

While the text chat can be overwhelming at times (even for a researcher such as me), it’s still a filtered version of human interaction that makes socializing less stressful and more fun for autistic youth.

People with autism also often need to adjust their sensory intake to suit their needs. Volume and brightness can easily be adjusted in Minecraft, and players also vary their sensory intake by moving their characters around. For example, I saw one player bury their character underground to make their screen go dark for a small visual sensory break.

Autcraft has also built virtual sensory rooms that offer a variety of sensory inputs and moods, ranging from a bright multicolored room with spider webs for texture to a serene garden, rooms where the door shuts for darkness, and a cozy library. 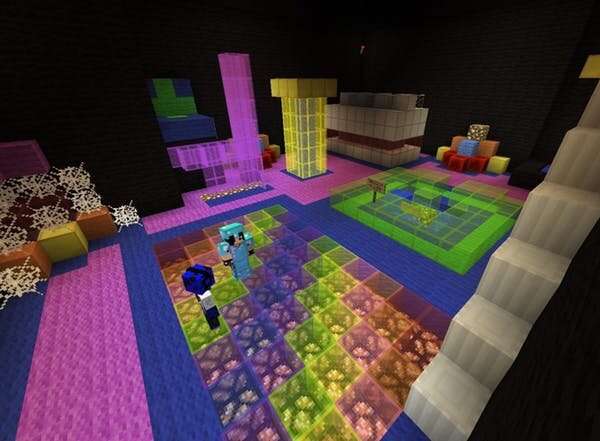 Just as important for many players is unleashing their imaginations.

In Autcraft I saw buildings that looked like giant pink ponies, statues of people the size of buildings, Doctor Who’s TARDIS, and everything in between. Community members would sometimes work alone, but also worked together, forming teams to accomplish building goals.

I interviewed autistic youth who would take on leadership positions to lead their friends to finish large castles and create whole villages together. For children who have difficulty communicating, making friends, and learning in a classroom environment, this is a very big deal.

The shape of things to come?

Minecraft is much like a playground in the physical world. This allows for a deeper engagement for the player, and deeper learning as well.

This is especially true for the autistic youth of Autcraft, who use the accessible interface of Minecraft to help support their social play—without some of the barriers that can make offline play difficult for them.