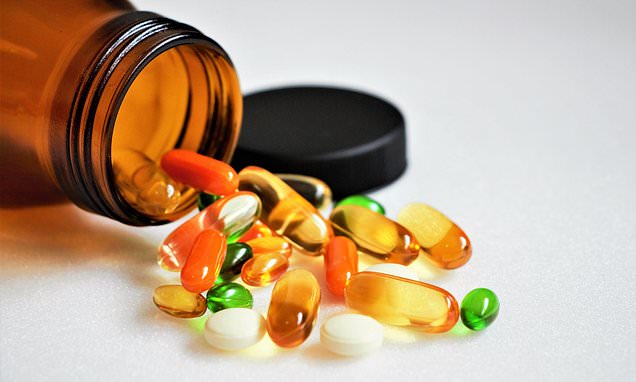 High Street supplements which are marketed for heart health and energy may combat infertility, research suggests.

A study found a selection of nutritional capsules taken by thousands every day boost the number, size and speed of a man’s sperm.

Although unclear whether this leads to pregnancy, an expert said ‘it is a logical assumption that if sperm quality is improved that more babies will follow’. 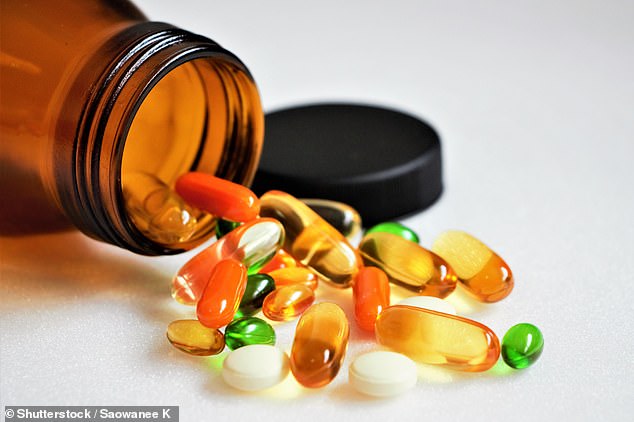 The research was carried out by the University of Aberdeen and led by Dr Muhammad Imran Omar, a research fellow at the academic urology unit.

Around one in eight couples do not conceive within a year of trying and are forced to seek medical help, the authors wrote in the journal European Urology.

The cause of infertility is often unclear, however, it is thought to be related to the man around half of the time.

They were looking for improvements across three ‘semen parameters’.

The first was sperm concentration – the amount of sperm released when a man ejaculates.

Secondly, they looked at the number of sperm that were the ‘ideal’ shape, with an oval head and long tail.

And finally they investigated motility – the ability of sperm to move through a woman’s reproductive tract to reach an egg.

Infertility is when a couple cannot get pregnant despite having regular unprotected sex.

It affects one in seven couples in the UK – around 3.5 million people.

About 84 per cent of couples will conceive within a year if they have unprotected sex every two or three days.

Some will conceive quicker, and others later – people should visit their GP if they are concerned about their fertility.

Some treatments for infertility include medical treatment, surgery, or assisted conception, including IVF.

Infertility can affect men and women, and risk factors include age, obesity, smoking, alcohol, some sexually transmitted infections, and stress.

Fertility in both genders decreases with age – most rapidly in their 30s.

Despite this, the researchers called the quality of evidence ‘low’.

This supplement was found to improve sperm count and movement but not shape.

The researchers therefore deemed its ‘benefits’ to be ‘uncertain’.

As well as supplements, the researchers also investigated the effect of certain medicines on sperm quality.

Pentoxyfylline – which is prescribed for blood circulation disorders and leg ulcers – improved sperm count, shape and speed, but the researchers still called its effects ‘uncertain’.

They were also unsure about the naturally-occurring follicle-stimulating hormone (FSH), which can be given as an injection to stimulate the growth of eggs in women and sperm in men.

This is despite five studies linking FSH to improved pregnancy rates, as well as better sperm number and shape, but not movement.

Even the breast-cancer drug tamoxifen – which blocks oestrogen from fueling a tumour’s growth – was found to have a positive effect on a man’s swimmers.

The tablet – which is also prescribed to improve sperm quality – was not linked to improved pregnancy rates. The researchers called its studies ‘low’ or ‘very low’ quality.

And finally kallikrein, which improves blood flow, was linked to improved sperm number and movement.

But it does not seem to affect a couples’ chances of conceiving.

Although these drugs and supplements were found to improve ‘sperm parameters’, the researchers stress there is ‘very limited evidence [they] lead to better live birth rates or pregnancy’.

Dr Allan Pacey, a professor of andrology at the University of Sheffield – who was not involved in the study, told Reuters: ‘Most have only investigated changes to sperm quality and not whether men given these interventions are more likely to get their partner pregnant.

‘It is a logical assumption that if sperm quality is improved that more babies will follow.

‘But it is just that: an assumption.’