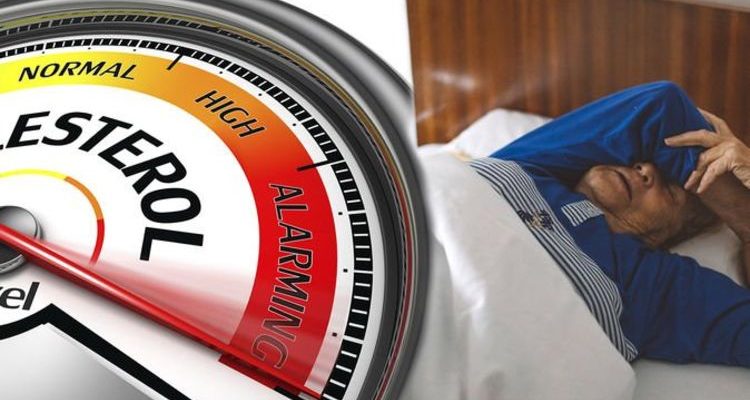 High cholesterol is a precursor for serious health outcomes including heart attacks or strokes. Much is spoken regarding high cholesterol and foods with little thought about how sleep can impact one’s cholesterol levels. According to studies and health experts, sleep or lack thereof could be integral when it comes to your cholesterol levels and risk of other health conditions. Why?

In a study published by Sleep, researchers discovered both too much and too little sleep have a negative impact on a person’s lipid levels.

They examined a group of 1,666 men and 2,329 women over age 20 and interestingly found that sleeping less than five hours at night raised the risk of high triglycerides and low HDL levels in women.

It was also noted getting more than eight hours of sleep produced a similar result.

READ MORE: Three natural supplements that could cause life-threatening complications – what to avoid

In another study published in the National Library of Health, sleep duration and snoring habits and how that could affect cardiovascular diseases was investigated.

Participants were systematically assessed for CVD risk (including traditional, lifestyle, and psychosocial risk factors) and completed a standardised questionnaire regarding sleep habits (including sleep duration and snoring).

It was concluded lack of sleep has been associated with an increased risk for cardiovascular disease (CVD) and all-cause mortality.

“People who report frequent difficulty falling asleep or staying asleep tend to have higher cholesterol,” said Dr Michael Grandner, instructor in psychiatry and member of the Center for Sleep and Circadian Neurobiology from Perelman School of Medicine.

“We don’t know if this is cause or effect, since there are no studies that have really looked at whether changes in sleep can alter cholesterol levels, or if this association is just a coincidence.”

As people got more sleep, their risk factor profile improved, noted Dr Grandner and his team who published their findings in the January 2014 issue of the journal Sleep Medicine.

Possible factors regarding lack of sleep and its impact on cholesterol levels include:

How to lower your levels

Aside from incorporating healthier sleeping habits, there are a number of things one can do to help lower their cholesterol levels.

Diet is one of the biggest concerns with experts advising to avoid foods high in saturated fat such as meat, butter, cheese, and other full-fat dairy products.

You should also load up on foods that help to lower LDL cholesterol, like nuts, avocados, olive oil, and oats.
Source: Read Full Article