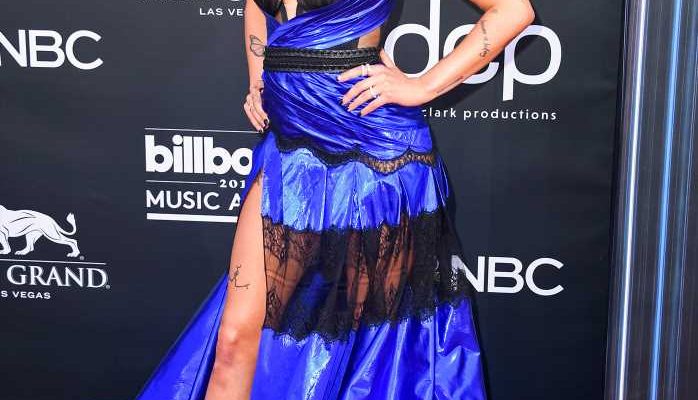 Halsey is doing what she can to manage her mental health.

The 24-year-old singer, born Ashley Nicolette Frangipane, was diagnosed with bipolar disorder at age 17, and she revealed that she has had herself committed to a psychiatric hospital twice to get ahead of the manic depressive periods.

Speaking with Rolling Stone, Halsey said that her successful career and subsequent ability to financially support her family made her more “accountable” and helped her mental health.

“I’ve been committed twice since [I became] Halsey, and no one’s known about it. But I’m not ashamed of talking about it now,” she told the magazine for their July cover story. “It’s been my choice. I’ve said to [my manager], ‘Hey, I’m not going to do anything bad right now, but I’m getting to the point where I’m scared that I might, so I need to go figure this out.’ It’s still happening in my body. I just know when to get in front of it.”

Part of understanding and taking control of her mental health means that the rapper is now writing music during her bipolar episodes, which swing between manic highs and depressive lows. She said the album she’s currently working on is “the first I’ve ever written manic.”

The manic periods are “that thing in the back of our minds that drives us to outrageous thoughts. Like when you’re driving a car and you’re like [she mimes suddenly cutting over the wheel], or you’re on top of a building, and you’re like, ‘What if I just jump?’ ” she said. “You are controlled by those impulses rather than logic and reason.”

Halsey said that this current manic period has been going for a long time now, but she knows it will end soon, and she’ll be thrust into depression.

“I know I’m just going to get f—ing depressed and be boring again soon,” she said. “And I hate that that’s a way of thinking. Every time I wake up and realize I’m back in a depressive episode, I’m bummed. I’m like, ‘F—. F—! This is where we’re going now? Okay…’ ”

Along with bipolar disorder, Halsey also suffers from endometriosis, and thought for years that she was unable to have kids, especially following a 2015 miscarriage. But she has since had surgery and made lifestyle changes that led her doctor to decide that she doesn’t need to freeze her eggs this summer, as they had initially planned.

“I was like, ‘Wait, what did you just say? Did you just say I can have kids?’ It was like the reverse of finding out you have a terminal illness. I called my mom, crying,” she said, and joked, “Never mind. I don’t need to put out a third album. I’m just going to have a baby.”