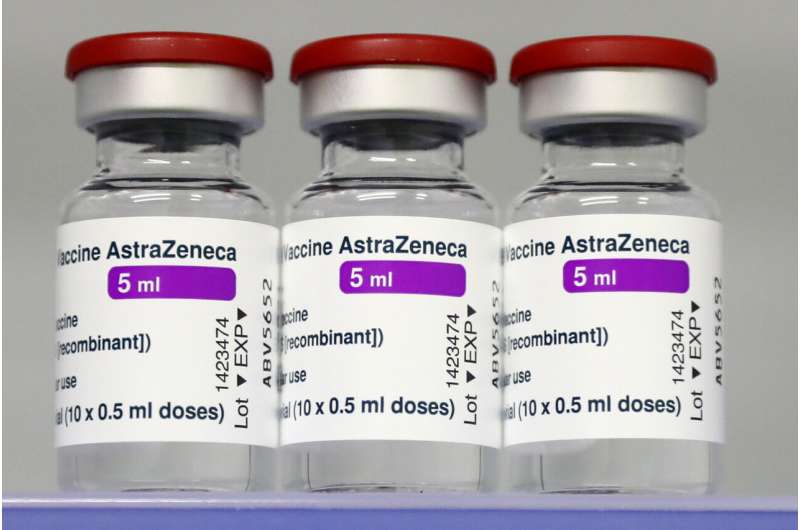 In Spain, residents now have to be over 60 to get an AstraZeneca coronavirus vaccine. In Belgium, over 55. In the United Kingdom, authorities recommend the shot not be given to adults under 30 where possible, and Australia’s government announced similar limits Thursday to AstraZeneca shots for those under 50.

A patchwork of advice was emerging from governments across Europe and farther afield, a day after the European Union’s drug regulator said there was a “possible link” between the AstraZeneca vaccine and a rare clotting disorder while reiterating the vaccine is safe and effective.

Regulators in the United Kingdom and the EU both stressed that the benefits of receiving the vaccine continue to outweigh the risks for most people, and the EU agency maintained its guidance that the vaccine can be used in all adults. But experts fear the confusing messages about the vaccine could still dampen enthusiasm for it at a time when Europe and many other parts of the world are facing surging cases.

Experts hammered home the rarity of the clots Thursday.

“The risks appear to be extremely low from this very rare side effect,” Anthony R. Cox, of the University of Birmingham’s School of Pharmacy, told the BBC. “I mean it’s the equivalent of the risk of dying in the bath, drowning in the bath, for example, it’s that rare, or a plane landing on your house.”

Dr. Sabine Straus, chair of the EU regulator’s Safety Committee, said the best data was from Germany, where there was one report of the clots for every 100,000 doses given, although she noted far fewer reports in the U.K. Still, that’s less than the clot risk that healthy women face from birth control pills, noted another expert, Dr. Peter Arlett. The agency said most of the cases reported were in women under 60 within two weeks of vaccination, though it was unable to identify specific risk factors based on current information.

The EU is trying, but so far failing, to avoid different policies among its 27 nations, which all look to the European Medicines Agency for guidance. Health Commissioner Stella Kyriakides called Wednesday evening for a coherent approach to ensure that “on the basis of the same set of evidence, similar decisions are taken in different member states.”

News of the tiny risk already is already having an effect on some vaccination takeup. In Croatia, the government said that one in four people due to get an AstraZeneca shot Thursday didn’t show up. Poland, too, has also seen people cancel or not appear for appointments to get the vaccine. 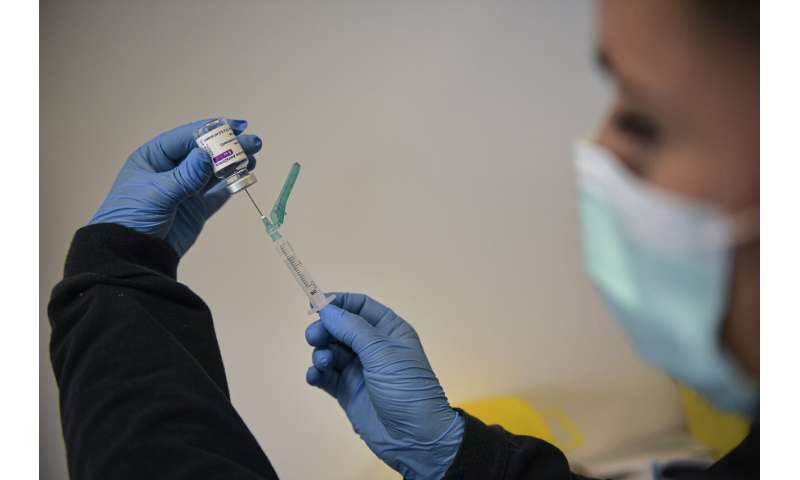 European Commission spokesman Stefan De Keersmaecker said Thursday that the EMA’s findings were based on its stringent monitoring system and that should promote trust among the bloc’s 27 member states.

“We want to avoid, of course, a vaccination hesitancy,” he said.

Any such reluctance is worrying since experts say the shots are key to stamping out the coronavirus pandemic, but AstraZeneca’s role is especially vital. The vaccine, which is cheaper and easier to store than many others, is critical to immunization campaigns in Europe and the U.K. and is also a pillar of the U.N.-backed program known as COVAX that aims to get vaccines to some of the world’s poorest countries.

The top official with the Africa Centers for Disease Control and Prevention insisted Thursday the AstraZeneca vaccine’s benefits outweigh its risks and that his group is not issuing new recommendations.

He said the overarching message from the U.K. and EU regulators was clear.

“The benefits outweigh the risks because these are very rare occurrences that they are picking up due to very strong surveillance systems that they have put in place,” John Nkengasong told a briefing. “So, I think these vaccines continue to be safe.”

Africa’s target is to vaccinate 60% of its 1.3 billion people by the end of 2022—a goal that could prove extremely hard to achieve without widespread use of the AstraZeneca vaccine.

Australian Prime Minister Scott Morrison, whose country’s vaccination program leans heavily on AstraZeneca’s shot, announced that the Pfizer vaccine should now be adopted as the preferred vaccine for people under 50. 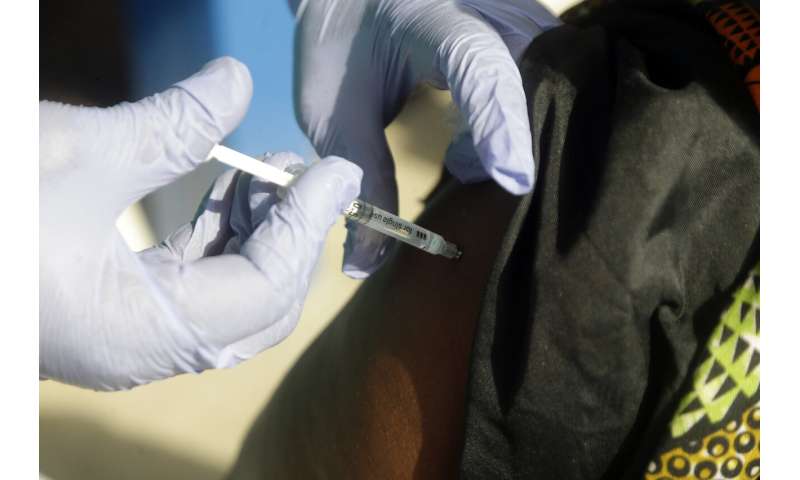 “We’ve been taking the necessary precautions based on the best possible medical advice,” Morrison said. “It has not been our practice to jump at shadows.”

Some EU nations were at pains to stress the safety and did not change their advice.

The Polish state TV broadcaster used a headline declaring “AstraZeneca is safe” during its live report on the vaccine.

The head of Italy’s drug regulator, Nicola Magrini, appealed for calm even as she said late Wednesday that Italy will now pivot from primarily using the AstraZeneca vaccine for people under 65 to using it on those over 60.

Underscoring how such changing rules were causing confusion and anxiety, the governor of the Veneto region said Thursday that operators had fielded 8,000 calls about AstraZeneca in recent days. “Obviously there is some uneasiness spreading,” Luca Zaia told reporters.

Hungarian government minister Gergely Gulyas called the EMA announcement “a clear decision which is in line with the point of view of Hungarian authorities: AstraZeneca is reliable and provides protection.”

German officials made clear that they will stick to their current recommendation—issued March 30 when concerns about the rare clots were already circulating—to restrict the use of the AstraZeneca vaccine to people over 60 in most cases, in line with larger European nations including Spain and Italy.