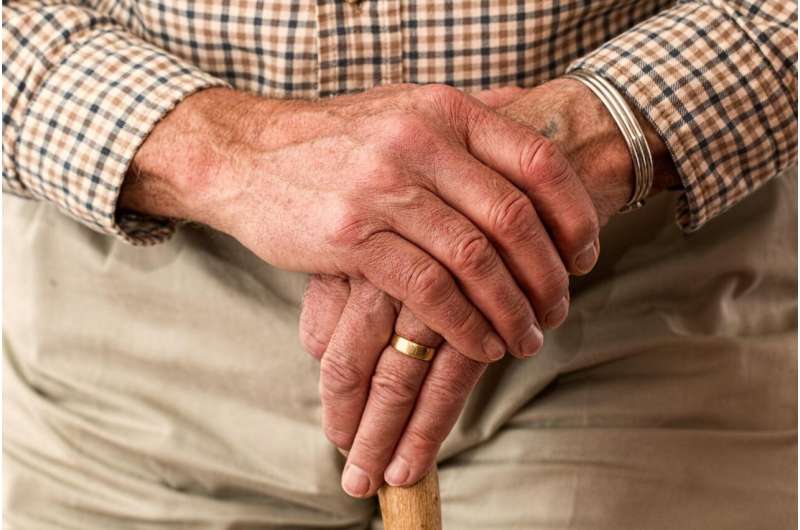 A randomized, double blind human clinical trial conducted by researchers at Baylor College of Medicine reveals that supplementation with GlyNAC—a combination of glycine and N-acetylcysteine—improves many age-associated defects in older humans and powerfully promotes healthy aging. This is relevant because until now, there have been no solutions toward improving many of these age-related declines in people.

“This is the first randomized clinical trial of GlyNAC supplementation in older humans, and it found that a wide variety of age-associated abnormalities improved in older adults supplemented with GlyNAC, while no improvements were seen in those receiving placebo,” said corresponding author Dr. Rajagopal Sekhar, professor of medicine—endocrinology, diabetes and metabolism at Baylor.

The improvements in oxidative stress, glutathione levels and mitochondrial function in the muscle tissue of older humans taking GlyNAC were similar to the improvements in organs such as the heart, liver and kidneys of aged mice supplemented with GlyNAC as reported in the researchers’ recent publication. Taken together, the results of these studies show that GlyNAC supplementation can improve these defects in many different organs of the body. “GlyNAC supplementation in aging mice increased their length of life mice by 24%,” said Sekhar. “Gait speed is reported to be associated with survival in older humans. Our randomized clinical trial found a significant improvement in gait speed in older humans supplemented with GlyNAC. This raises the interesting question of whether GlyNAC supplementation could have implications for survival in people.”

For the last 20 years, Sekhar has been studying natural aging in humans and animal models to understand why age-related declines occur and how to correct them. His work brings mitochondria, known as the batteries of the cell, as well as free radicals and glutathione to discussions about how they are connected. Sekhar’s work and discoveries could also help explain why we age and how to improve health while aging.

However, the ability of mitochondria to work well declines as we age. How to improve the ability of these failing mitochondria to work is not well understood, and therefore no solutions have been available. Sekhar’s group discovered earlier that supplementing GlyNAC in aged mice corrected malfunctioning mitochondria. However, to definitively determine whether GlyNAC supplementation benefited people, a placebo-controlled randomized clinical trial was required.

Sekhar and his team conducted and completed such a randomized clinical trial which found that older people have widespread mitochondrial damage and other age-associated defects compared to young people. After 16-weeks of GlyNAC supplementation, mitochondrial function of older people improve toward levels found in young people. This was accompanied by improvements in multiple additional outcomes as reported in the publication. Analysis of the molecular data from the trial suggests that the GlyNAC supplementation is able to fill cells with younger and more efficient mitochondria. “Collectively these exciting new discoveries hold great promise for improving our mitochondrial and general health as we age,” Sekhar said.

Sekhar believes that the restoration of mitochondrial health and correction of oxidative stress with GlyNAC supplementation are two powerful reasons which help explain why so many other age-related defects improve. It also accounts for the wide spectrum of health benefits. 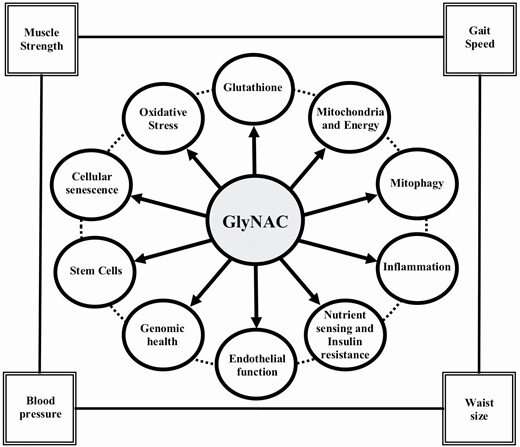 Taking GlyNAC is not the same as taking glutathione: Introducing the ‘Power of 3’

“It is really important to understand that this trial supplemented GlyNAC, and did not supplement glutathione,” says Sekhar. “This is because our body does not get its glutathione from food, but the body has to make its own glutathione every day. All our organs maintain different levels of glutathione in a delicate balance that favors health. Too little glutathione cannot fight the harmful oxidative stress, and too much glutathione could lead to harmful reductive stress,” said Sekhar. “This is why GlyNAC is a natural solution for correcting glutathione deficiency, because it provides the raw materials to help cells to make their own glutathione in just the right amount. We have seen that this repeatedly in all our prior studies supplementing GlyNAC, including this trial.”

“One of the intriguing questions from this trial is why so many improvements occur toward promoting health. We believe that this is due to the combined effort of three separate components—glycine, cysteine (from NAC) and glutathione, and not just due to glutathione itself. Glycine and cysteine are both very important for cellular health on their own, and GlyNAC provides both. Glycine and cysteine are building blocks to form glutathione, which also has health benefits. We believe that the improvements in this trial and in our previous studies are the result of the combined effects of glycine and NAC and glutathione, and we refer to this combination as the ‘Power of 3,'” said Sekhar.

The population of older adults is expected to exceed 2.1 billion by 2050, according to the World Health Organization. This predicted increase in the older human population will result in a rise of the need for healthcare and will intensify the stress on healthcare systems around the world. To understand what causes unhealthy aging, scientific research has identified nine aging hallmarks that represent specific defects that are believed to contribute to health decline while aging.

“It is believed that correcting aging hallmarks could help people age in a healthier way,” Sekhar said. “However, we do not fully understand why these aging hallmarks occur in the first place, and therefore there have been no proven solutions via human randomized clinical trials to improve or correct aging hallmarks in aging humans.”

The aging hallmarks that improved are mitochondrial dysfunction, altered intercellular communication, nutrient sensing, loss of proteostasis, genomic instability, cellular senescence and stem cell fatigue. The study participants were instructed not to change their usual diet or physical activity; therefore, nothing changed except for the GlyNAC supplementation. “This tells us that benefits were due to GlyNAC supplementation. But we were really surprised to see so many aging hallmarks improve. This level of improvement offers clues as to how and why these aging hallmarks may be connected to one another,” says Sekhar.

GlyNAC supplementation improved muscle strength in the upper and lower extremity and a trend toward increased exercise capacity. “These findings could have additional implications for improving the health of older humans, especially in terms of being able to be more physically active,” said Sekhar.

“This study was effort intensive and took many years to complete. I take this opportunity to thank all my co-investigators, nursing staff, and everyone who helped with this trial. I especially thank all the trial participants who volunteered to participate in this research,” Sekhar said.