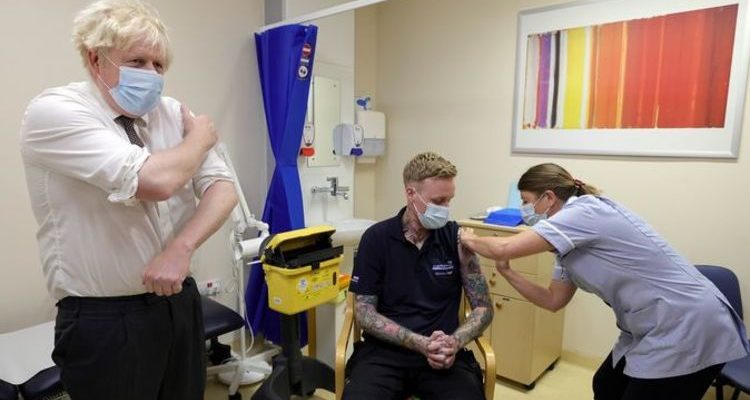 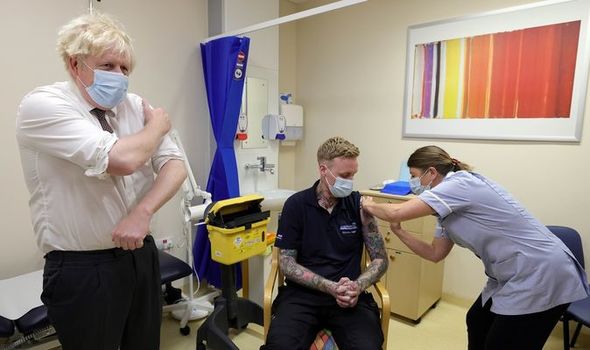 The Prime Minister said he was concerned about virus transmission this winter, even among the vaccinated. Visiting a pharmacy in Sidcup, south-east London, he said: “There is a wave of infection coming across Eastern Europe. We are seeing numbers rise in Germany very steeply. “I am concerned about the Delta variant being passed between those who are vaccinated and indeed those who are double-vaccinated. It is absolutely vital that people get their boosters when they are called forward.”

Mr Johnson added that “storm clouds are gathering over parts of the European continent”, saying: “We have been here before and we remember what happens when a wave starts rolling in. The urgency of getting the booster jab is more evident than ever.”

Despite his warning, UK cases have fallen in recent weeks. There were 40,375 cases confirmed in the UK yesterday, and the total for the week was down 6.5 per cent on the previous one. A further 145 deaths within 28 days of a positive test were announced.

The Office for National Statistics’ Covid infection poll found one in 60 people were thought to have been infected in England last week – around 925,400 people – down from one in 50 the previous week.

The figure was one in 45 in Wales, one in 85 in Scotland and one in 75 in Northern Ireland. European countries, however, are seeing steep rises. Some experts have claimed these countries are following the trajectory the UK had already seen.

Professor Paul Hunter, professor in medicine at the University of East Anglia, said: “We are not behind Europe, they are behind us. We are not seeing a surge of the same magnitude as Europe at present largely because of the high case numbers over recent months which most of Europe missed out on.”

Dr Michael Head, senior research fellow in global health at the University of Southampton, said: “It is likely that many European countries are coming to the point where the UK was a few months back, in terms of some waning of immunity in the populations vaccinated earlier in the year.

“The UK rolled out a vaccination programme earlier than most countries, and therefore has experienced impact of waning immunity earlier.” Dr Mike Tildesley, of the Scientific Pandemic Influenza Group on Modelling, said jabs mean the UK should have a “sunnier outlook as we move towards Christmas”. But he did say Covid had thrown curveballs in the past and there was still a possibility of new variants emerging.

Meanwhile, sports fans will today be urged to play their part – as English international rugby union referee Wayne Barnes is starring in a film that will be shown to 80,000 fans at Twickenham stadium during the England v Australia match. It shows fans socialising in a pub as pundits commentate on their actions that could spread the virus, before Wayne hands out a few fouls.

Health Secretary Sajid Javid said: “Having Wayne Barnes championing the vital importance of getting your vaccine and the simple safety measures to reduce the spread of Covid-19 delivers a crucial message.”